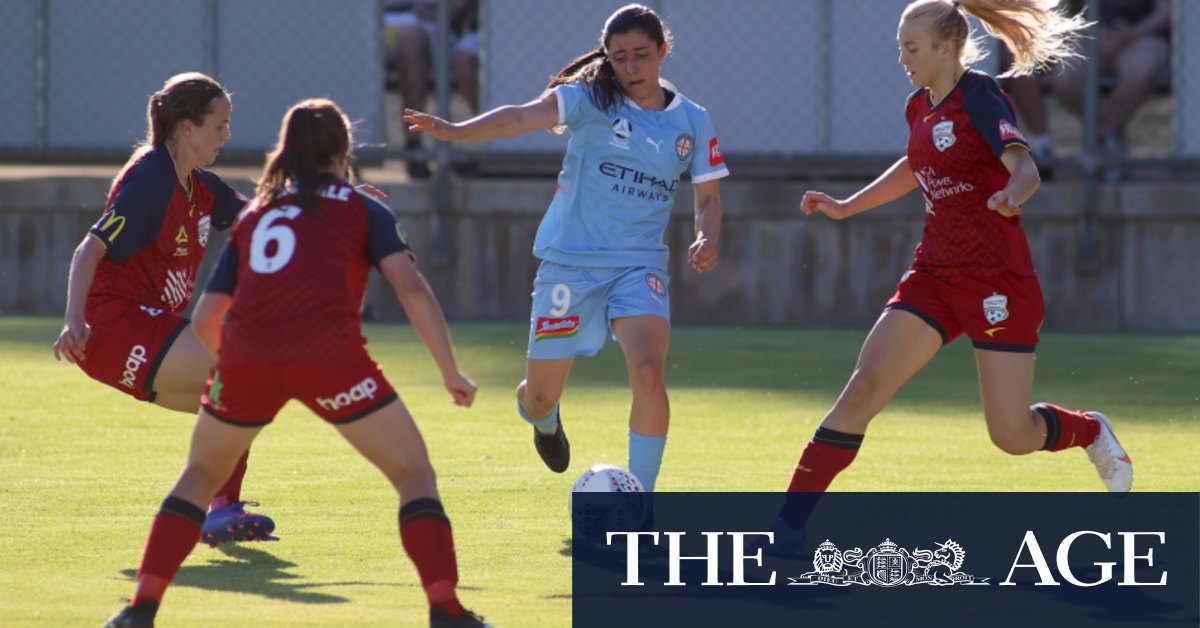 City got off to a bright start against the improving Reds and looked the team most likely to score, but the hot conditions – which required drinks breaks and a stop in play – did affect the shape of the game.

The contest was meandering but came alive after the drinks break when Dylan Holmes, driving through from midfield, gave the hosts the lead just after the half-hour mark.

The ball was played through to Holmes by Fiona Worts, and the Reds captain kept her cool, rounded Teagan Micah in the City goal and coolly slotted home from close range.

It was Holmes’ first W-League goal, and gave the Reds a real fillip, Worts going close herself in the 35th minute with a looping header which shaved the bar before going behind the goal.

But the goal and the near miss stung City into action.

Three minutes before the break Japanese international Chinatsu Kira looked as if she had found the top corner with a well placed free kick only to be denied by a flying save from Adelaide goalkeeper Sian Fryer-McLaren.

Rhali Dobson then over-ran a pass when she might have got a shot away before hitting the woodwork with an excellent volley from a Tyla Jay Vlanjic cross which looked to have beaten Fryer-McLaren.

But it was Adelaide who got on the scoreboard next, and it was once more the captain, Holmes, who did the damage. She won the ball in midfield, drove forward and then unleashed a low drive which beat Micah and crept inside the post.

Given their experience with McCormick, City were taking no further concussion chances and when Dobson took a hit to the head they were quick to replace her with Margot Robinne.

Fryer-McLaren saved from Kira as City piled on the pressure in the last 20 minutes to get back into the game. They grabbed a lifeline with three minutes of stoppage time remaining when Checker headed home Hollie Palmer’s free kick, but City could not get a leveller.

The win takes Adelaide to joint top spot on the ladder, along with Sydney, while Melbourne City stay in sixth position, outside a finals berth.

Previous What is the point of a half-baked Olympics?
Next As the Biden era begins, QAnon believers grapple with doubt and spin new theories