admin January 21, 2021 Latest News Comments Off on Inside the stretch limo where Tiger King star Joe Exotic’s team waited for a pardon that never came 18 Views 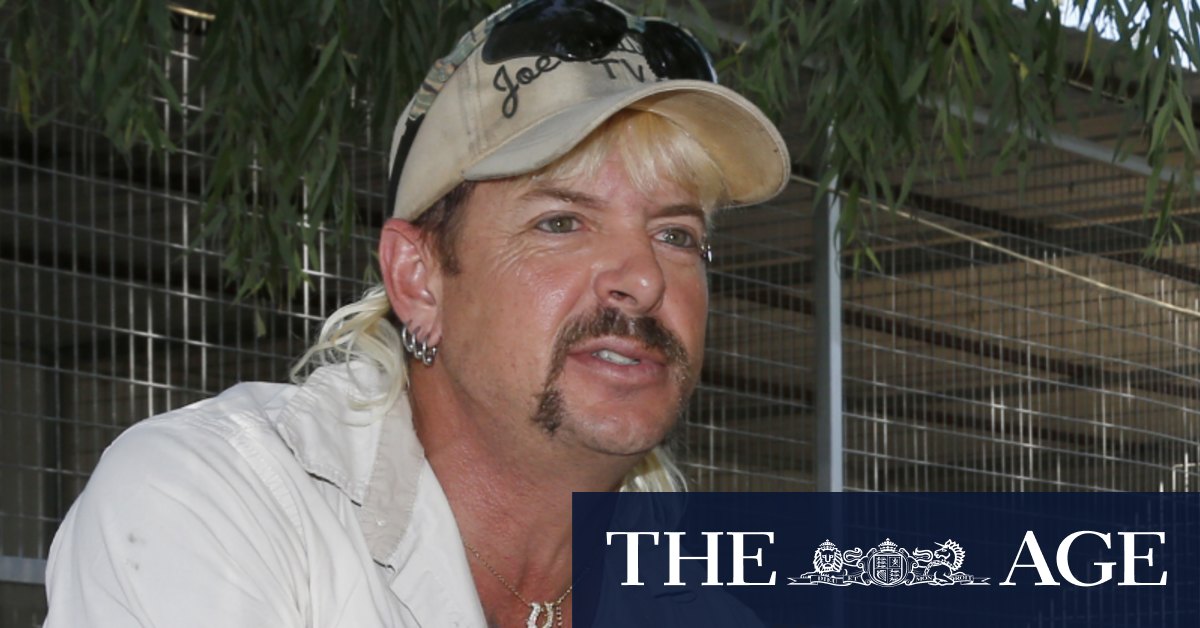 Debose says Exotic’s lawyers, who call themselves “Team Tiger,” were expecting a pardon for their client from president Donald Trump about noon that day – the president’s last full day in office.

Debose pulled up to the law offices of Francisco Hernandez in the super-stretch turbo diesel limo at 10.30am. The mood there, he says, was jubilant.

Everyone was “just joking, trying to pass the time,” Debose says. There were reporters around. “This time tomorrow, we’re going to be celebrating,” Eric Love, the Texas philanthropist who had lobbied for the pardon, told the British tabloid Metro. “We have good reason to believe it will come through.”

So confident was Team Tiger of Exotic’s imminent release that it also hired a hairdresser, who was waiting in Debose’s limo to coif Exotic’s signature platinum-blond mullet. “He doesn’t want anyone to see him until his hair is done,” Love told an ABC News affiliate.

Love even spoke of swinging by McDonald’s to get Exotic a McRib sandwich.

But noon came and went with no word from the White House. Spirits remained high, according to Debose. The lawyers asked him to drive them to a local steakhouse, where he joined them for lunch. (“It was against our policy, but I couldn’t pass up the opportunity,” Debose says. “It was delicious.”)

Still no word from the White House. Trump had less than 24 hours left in office, and the clock was ticking. Inside the limo, members of Team Tiger chatted about “what was going to happen, how the pardon was going to go,” Debose says. “And mostly, just being on TV and all the media presence that was around. That’s pretty much all we talked about.”

They returned to the law offices.

“Mr Eric Love kept the interviews up,” Debose says. “We still had hope that it was going to happen at any time.”

Evening came. No call from Washington.

Rental rates for the super-stretch truck limousine at Heaven on Wheels, Debose’s employer, start at $US165 ($210) an hour, not counting Debose’s driver fees (which he declined to detail).

At the moment, he had nowhere to drive. “I was showing off the limo to people that were there,” says Debose, who did a few interviews himself with restless reporters in the parking lot.

He finally drove members of the legal team to the jail, but just for a brief news conference during which the lawyers declared that Exotic was innocent. Finally, at about 10.30pm, Debose was released from duty. He drove the lawyers back to their offices and dropped them off in the parking lot.

It did not include Joe Exotic.

Love declined to answer questions on Wednesday about why he had been so certain Exotic would be pardoned. He released a statement that read, in part: “140 million Joe Exotic fans had a hard time getting out of bed this morning. We are disappointed that The President did not sign Joe’s Pardon, as we were confident yesterday that he would. It is only because of you 140 million fans that Joe’s Pardon was even a possibility. Since his trial, the evidence has made it clear that Joe is not guilty but, rather, he is a victim of the persons he trusted most.”

It was a fitting sideshow to the end of the Trump administration, with the elements that defined it: celebrity, unfounded confidence, appeals to showmanship and a hankering for McDonald’s.

Still, it was a great day for Debose. He was paid to eat steak and do mostly nothing. He even got on the news. The driver had been told to remain on call on Wednesday, in case Exotic’s fortunes changed at the last minute.

“I was a little disappointed that we didn’t actually get a chance to pick him up yesterday,” Debose says. He says he enjoyed Tiger King and believes Exotic, who is not due for release until 2037, deserved that pardon.

“We all make mistakes,” the driver says.

Previous NSW records second lowest per capita spend on police in Australia
Next Brisbane’s restriction rollback: What you can and cannot do