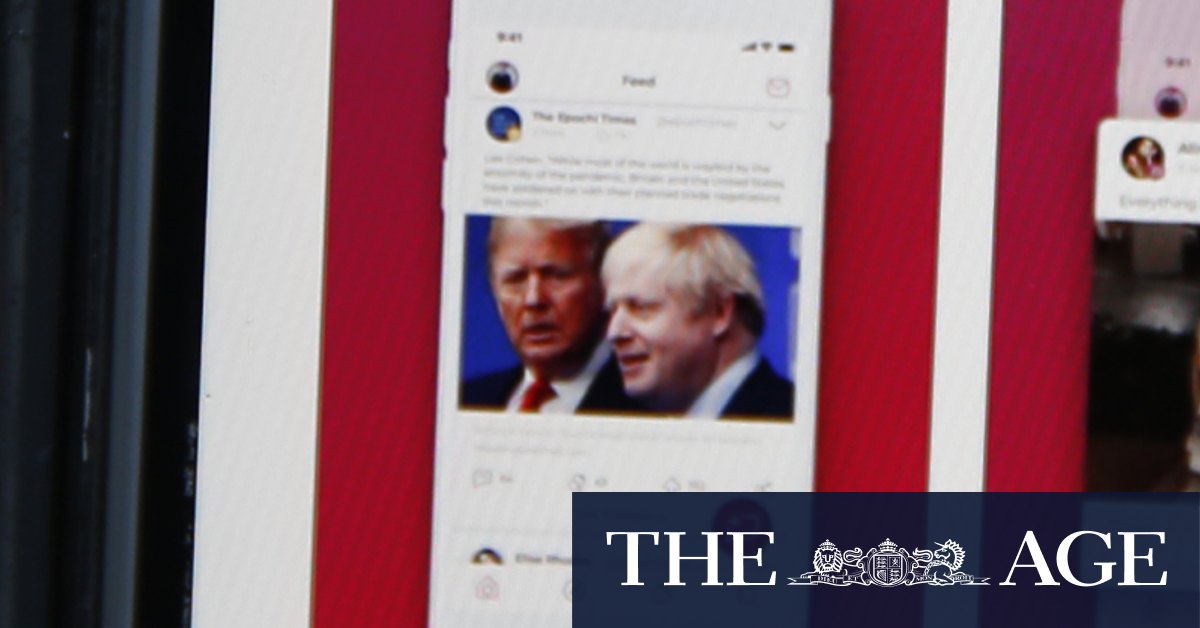 But the use of a Russian company is worrying some researchers who study the internet and Russia. If Parler routes its web traffic through DDoS-Guard when its full website returns, the experts said, Russian law could enable the Russian government to surveil Parler’s users.

Alina Polyakova, head of the Centre for European Policy Analysis, a foreign policy think tank in Washington, said Russia required many internet companies in the country to install technology that feeds the government a copy of much of the data that passes through their computer servers.

The surveillance system, known as the System for Operative Investigative Activities, “basically allows the Russian government to intercept any data on Russian territory and provide that data to the FSB,” Russia’s domestic intelligence agency, said Polyakova, who has studied Russia’s control over the internet. She added that it was unclear if DDoS-Guard would be subject to such surveillance.

The Russian Embassy in Washington and DDoS-Guard did not respond to requests for comment. In an email to CNN, DDoS-Guard said it “does not provide any customer information or any other data to the government authorities, excluding cases explicitly stated in the law.”

Jeffrey Wernick, Parler’s chief operating officer, said in an interview that the concerns were overblown because DDoS-Guard supported only a temporary webpage for Parler. He said Parler would try to find other companies to operate its full social network.

“Our preference is to have an American firm,” he said. “People should not make conclusions that it’ll be this company. People extrapolate too much and with limited information. They conclude what they want to conclude. I call that spreading misinformation.”

But finding willing partners has been a challenge for Parler since the Capitol riot earlier this month.

After supporters of President Donald Trump stormed the Capitol, Twitter and Facebook barred Trump from their services. That sent a flood of new people to Parler, pushing it past 15 million users. Then Apple and Google removed Parler’s app from their app stores and Amazon stopped hosting Parler’s website on its servers because, they said, Parler was not consistently removing violent posts. In addition to denying those claims, Parler accused the companies of collusion.

Since then, other companies have rebuffed Parler. Matze said in a court filing that “at least six extremely large potential providers” refused to take Parler’s business because they feared cyberattacks or believed Parler hosted incitements to violence.

“Parler is an internet company that cannot get on the internet,” Parler’s lawyer, David Groesbeck, said in a separate filing. “And the longer Parler lies dead, the harder it will be to resuscitate.”

Yet in statements to the press, Parler executives are predicting a full return by the end of January. Wernick declined to say how Parler would do that, but he attributed the confidence to a “herculean effort” by his team.

“We’re not sleeping,” he said. “We’re working day and night, and every day. There is no weekend for us.”

For Parler, the ideal solution would be returning to Amazon’s servers. The network has accused Amazon of violating antitrust law and asked a federal judge to force it to host Parler. After a hearing last week, the companies are now awaiting a ruling.

Many online observers and journalists have speculated that Parler will eventually be hosted by Epik, a company that has supported other websites that tech companies have rejected, including Gab, another social network popular in right-wing circles.

But Robert Davis, Epik’s senior vice president, said in an interview that Epik had only helped register Parler’s domain name, a basic function of the internet. While Epik would like to help, he said, Parler’s needs are too large.

“I would expect Parler to be an amazing force for good in the future,” he said. “I could see them easily hitting 100 million members or more in 2021 alone.”

Dave Temkin, an engineer who helped lead Netflix’s internet-infrastructure team until last week, said he was septical that Parler would return soon, given the difficulty of creating its own infrastructure and the reluctance of other companies to help.

He said that even if Parler built its own data centre in the United States, it would need to persuade an internet provider to lay the fibre-optic cables to connect it to the wider internet.

Previous ‘Behind the 8-ball’: Atlassian says Australia being left behind due to bad tech regulation
Next Big Tech braces for onslaught as Biden plans curbs on power

When the news finally came, the operations centre filled with applause, cheers and laughter. More …