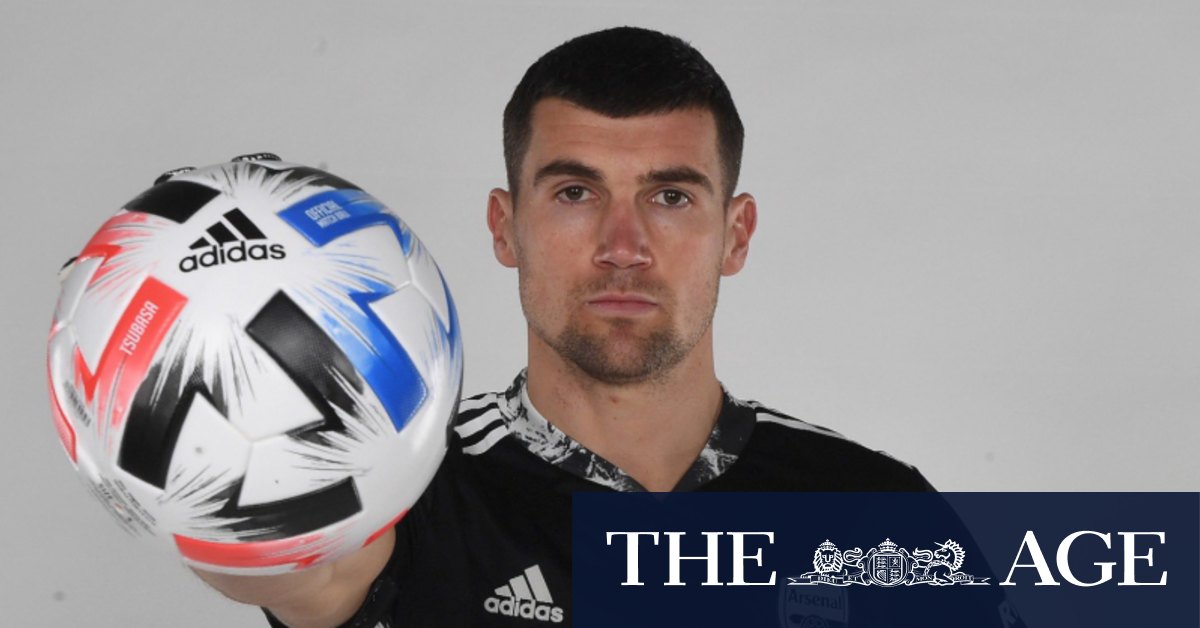 “Quite simply, [it’s] a dream come true,” he told the Arsenal website.

“There’s still an aura of surrealness to it all to be honest. It’s hard to put into words the emotions and the feeling … Arsenal was my childhood club that I followed as a kid and to be sitting here right now, to represent them, is something that I never thought would become a reality.

“All those mornings as a young kid in Australia, getting up to watch the Champions League games and all that at 4 o’clock in the morning when I had school – to support back in the Thierry Henry, Denis Bergkamp days, to now be here fills me with a great sense of pride and achievement.”

Ryan’s first task is to fight for selection. Mikel Arteta has brought him in not as a first-choice player but as competition for Bernd Leno, the current No.1, and Alex Runarsson. It’s a challenge the Central Coast Mariners product has fully embraced and believes will bring the best out of all of them.

Socceroos coach Graham Arnold admitted this week it was a “worry” that Ryan wasn’t getting regular game time at Brighton.

If he doesn’t get it at Arsenal, Ryan could also be facing a battle to retain his mantle as Australia’s main goalkeeper, amid career-best performances from Mitch Langerak (Nagoya Grampus) and Danny Vukovic (Genk).

“I’ve never been a goalkeeper where I’ve liked to sit on the bench – I’m sure every goalkeeper says that, but obviously I’ve come here knowing the circumstances,” Ryan said.

“Bernd has obviously done a great job for the club in his time since he’s arrived and he’s a very top quality goalkeeper, but I believe also that I’ve shown that in my career until now also.

“I’m looking to come in here and push him, and him push me, and try to get the best out of one another and help us improve as individuals.

“If we can do that, obviously [the person] who’s going to be getting the nod on match day, with the number of games that we have in all the competitions that we’re still alive in, is going to be in the best form and that’s only going to help the team perform better.”

“We know Mat very well through his performances with Brighton in recent seasons and he brings additional quality to our squad,” Arteta told the club’s website.

“Mat has very good Premier League experience and has played over 100 times in the league, which is something that will benefit us greatly on and off the pitch.”