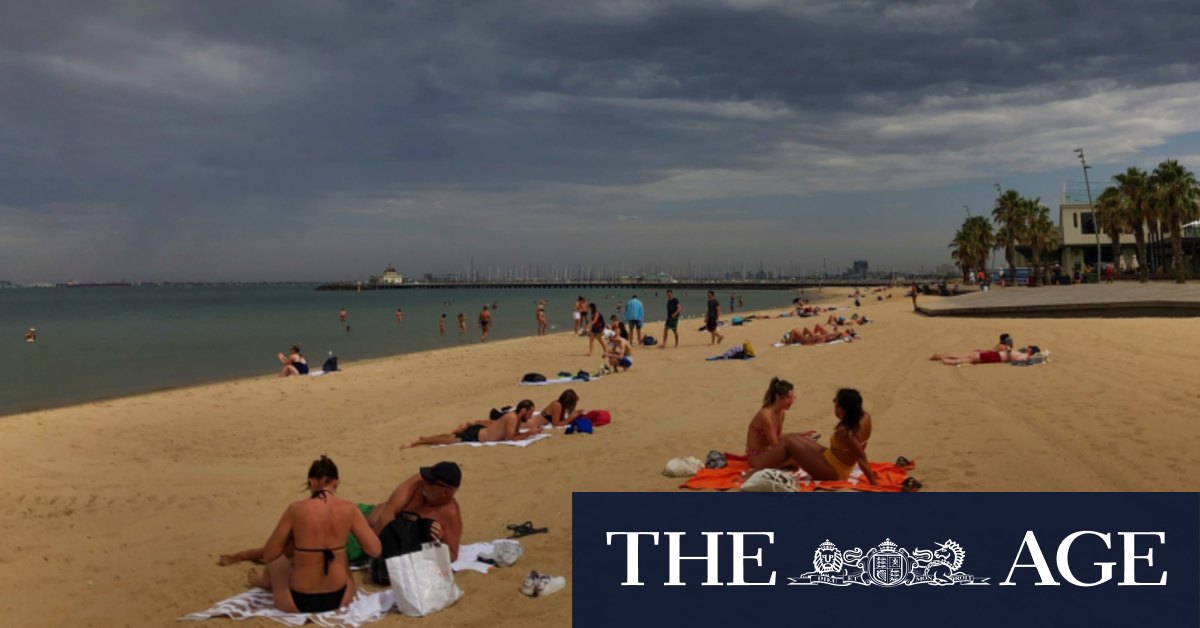 “On Monday, we’re going to see temperatures reaching the high 30s to low 40s in almost all parts of the state, with Melbourne itself getting up to 41 degrees, and places like Mildura and Echuca face very hot conditions, with both predicted to reach 43 degrees or so.”

Temperatures in towns on the NSW-Victoria border, such as Albury, are tipped to top 40 degrees over the weekend, with 43 degrees forecast for Monday.

Ms Bradbury said a cool change will sweep in overnight across the state on Monday, with the temperature expected to hover in the mid 20s in Melbourne.

“Tuesday’s maximum temperature is only forecast to about 24 in Melbourne and it will be a lot milder across other parts of the state as well,” she said.

The searing temperatures prompted the Health Department to issue a heatwave warning, urging people to keep hydrated, stay somewhere cool and not leave children in the car.

Victorians are also being urged to check on those most at risk during a heatwave: older people, young children and people with a medical condition.

No total fire bans have yet been announced for the next four days, however, the Country Fire Authority warned there was a very high bushfire risk in areas inducing the Mallee, Wimmera and the north central and north-east parts of the state.

The Country Fire Authority also warned there was a high fire risk in the state’s south-west as well as West, South and East Gippsland.

Victorians were also warned this week to stay safe over the hot Australia Day long weekend after the state marked its worst summer drowning toll on record.

A man in his 40s became the latest to die in Victorian waters after he, a woman and a teenage boy were thrown out of their tinnie off Darriman, in Victoria’s east, in the early hours of Wednesday morning.

The woman and teen made it to shore, but 42-year-old Terry Chandler did not. He was found by the police air wing in waters off McLoughlins Beach, about 60 kilometres from Traralgon, but was unable to be revived.

Bernadette Matthews, from Life Saving Victoria, said there had been 40 drownings since July 1, compared to 34 in the 12 months to June 30, 2020.

Among the 40 people who had died, 13 were under the age of 14 and eight were under five. Five of the drownings occurred in the past week.

Emergency Management Commissioner Andrew Crisp said authorities were preparing for a “challenging” weekend, with some of the highest temperatures seen so far this summer.