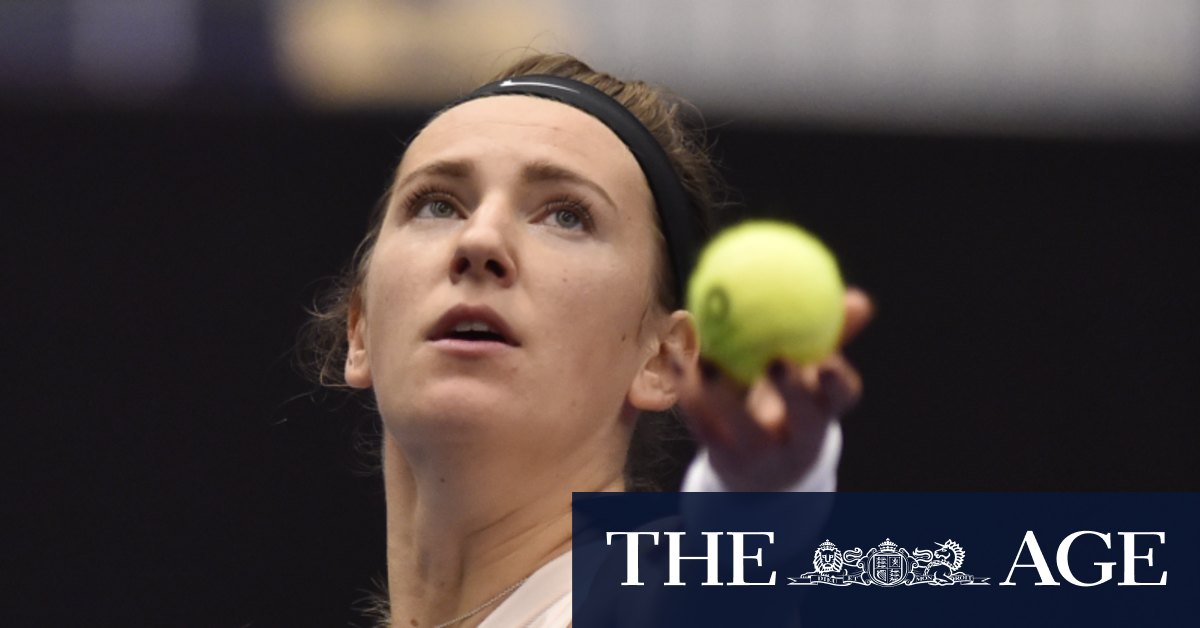 “From my understanding this was a situation that logistically Tennis Australia and Australian Open have been preparing for. (So) if that has some sort of approval or reassurance for health administrators that would be great.”

But the suggestion was quickly knocked on the head by COVID-19 Quarantine Victoria, which said transporting known close contacts would expose people to “unacceptable health risks”.

“No changes will be made to the Australian Open quarantine program,” a spokesperson said.

“Close contacts in mandatory quarantine are required to isolate in their rooms for a full 14 days.

“Routine testing of players and training partners has the potential to identify more positive cases within the Australian Open cohort. We cannot afford to take any risks with this highly infectious virus.”

The issue of whether WTA and ATP players were communicated with properly in the lead-up to the Australian summer is a matter of conjecture.

Australian Open boss Craig Tiley has defended the levels of communication, saying some players may have “brushed off” warnings, while he also acknowledged that language difficulties may have played a role.

Azarenka, women’s champion at Melbourne Park in 2012 and 2013, conceded “an opportunity for a reasonable doubt” could have arisen in the minds of players.

“I think that sometimes when you deal with rules, the wording is very important,” the Belarusian told The Age.

“It’s like, you know how lawyers do things – they find every single opportunity to argue.

“To me that feels like the case (here) … if the word was not the exact word … you can find an opportunity for a reasonable doubt.

“That’s how it kind of felt to me.

“The message that it (the final decision on who is considered a close contact of a positive COVID-19 case) will be up to a health administrator – it’s a bit of a broad message that can have, you know, a different reaction. It can have different answers.”

Since touching down Azarenka said she had been tested daily – as required by conditions spelt out by Victoria’s Department of Health and Human Services – and she was reassured that no-one else on the flight had tested positive, raising hopes of a “bubble in a bubble” arrangement.

Amid vehement criticism of Tennis Australia and the Victorian government from a small portion of the playing group, Azarenka was first tight-lipped but then took to social media and urged her fellow players to “accept and adapt” to the regulations.

In a popular Twitter post that was welcomed by Tiley, Azarenka said: “We have a global pandemic, noboby has a clear playbook at how to operate at full capacity and without a glitch, we all have seen it last year.

“I would like to ask my colleagues for cooperation, understanding and empathy for the local community that has been going through a lot of very demanding restrictions that they did not choose, but were forced to follow.”

Azarenka, who enjoyed a stellar 2020 season and reached the US Open final, said she continued to take a pragmatic view.

“I was a bit down the first day. I let myself feel all the emotions that I’ve felt. And I’ve kind of moved on from there.

“Right now I’m just trying to do the best I can every single day and feel also a bit also optimistic if there is going to be any opportunity for us to have obviously any adjustments, but if not, then it is what it is.”

She echoed her views that visitors to Australia must respect the situation.

“The bottom line is that we’re in a pandemic and we have this situation and there are people who are taking decisions with a lot more information than we do,” Azarenka said.

“Obviously looking at Australia, at the success rate of dealing with COVID, and having it under control, I don’t think people from other countries have a lot of words to say to that.

“So I think that we should also be a bit respectful of that.”