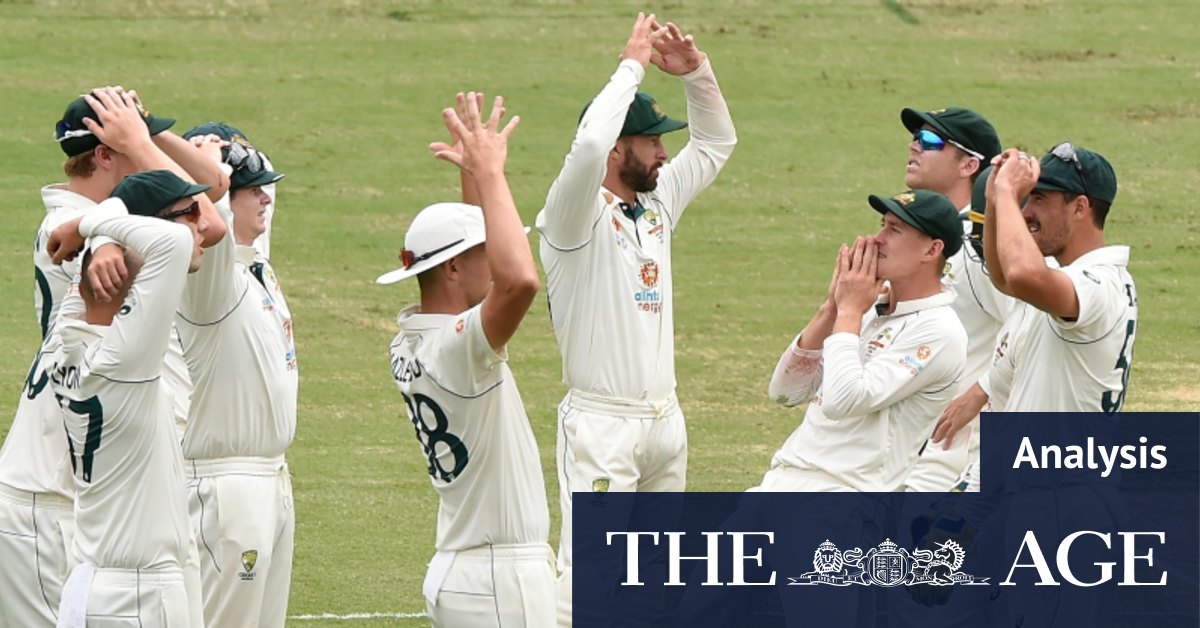 Sixteen months down the track, it is yet to be ingrained into the psyche of Langer’s men, though there were signs of progress last summer when they whitewashed an outclassed Pakistan and a hapless New Zealand beset by injury and illness.

When the post-mortem of Australia’s series loss to India is completed, it should reveal a cause of death for which the symptoms were either ignored or unable to be dealt with.

The manner in which Rishabh Pant brought down Australia’s Gabba fortress was eerily similar to Ben Stokes’ miracle at Headingley – counter-attacking batsmen who could not be stopped by an attack bereft of ideas against enterprising and unorthodox play.

Of Australia’s batsmen, only Marnus Labuschagne enhanced his reputation (apologies to Steve Smith, who has set the bar ridiculously high). That the pair were the two leading run scorers of the series, and the next four were Indian, highlighted the burden they carried for their team. They also carried the side in the Ashes.

The lessons from India’s great escape in Sydney were not learnt, so they were repeated on the final day in Brisbane with more dire ramifications: an over-reliance on the short ball, an unwillingness to attack the stumps and Nathan Lyon’s deviation from what has served him so well.

“His plan is to aim at Tim Paine’s right foot,” Ian Healy said. “I reckon he did it 15 times the last day – he got a wicket and got two to jag back sharply. That’s all he bowled.

“To me it was lazy bowling – lazy thinking by many people in that dressing room for him to be so far off the plan that works for him.”

Australia’s tactics have been widely criticised. Captain Tim Paine carried the can for a perceived lack of aggression, imagination and flexibility when plan A failed.

It came as India revealed their planning for the series started in late 2019, their ears pricked by the success New Zealand’s Neil Wagner enjoyed against Smith.

India wanted to bowl straighter at the Australians. They had noted that since the 2018-19 series, 36 per cent of balls faced by their right-handers were played to the leg side. This climbed to 45 per cent this season, as India placed extra men on the on side.

“Ravi Shastri [head coach] called me some time in July,” India’s bowling coach Bharat Arun said. “When we were discussing the Australia tour, he said that we need to take the off side out of the Australians. So, we had our own analysis and felt that most of the runs that Steven Smith and Marnus Labuschange had scored was off the cut, pull and on the off side.

“We also took a cue out of the New Zealand attack when they bowled to Steven Smith, where they had attacked his body and he had felt very uncomfortable at that point in time.”

Healy was not the only critic to use the word “lazy” in his assessment of Australia’s tactics. Others privately questioned the diversity of ideas from Langer’s coaching staff.

Reputations can also be enhanced in absentia. A source with knowledge of how the team operates believes former batting coach Graeme Hick – a victim of the pandemic-enforced restructure – was missed, as he challenged players to be ruthless. Former captain Ian Chappell also took aim at the coaching staff.

After months in the bubble, were Langer and his back-room team as meticulous as other times? Were they lulled into a false sense of security that India would melt at their Gabba fortress, where the side had won 24 of 31 Tests and not been beaten since 1988?

‘The ‘we’re going to the Gabba’-type attitude, I bet that was there.′

There was an air of this in Paine’s “can’t wait to take you to the Gabba” sledge to Ravichandran Ashwin, and in his comments on the eve of the decider about the pitch.

“I don’t have to go and look at it. I know what it’s going to be like,” Paine said, only to be presented with an uncharacteristic track at the toss.

Former selector Greg Chappell wrote in his Saturday column that alarm bells should have been ringing as soon as they laid eyes on a pitch that was not the “Gabbatoir” of old.

“The ‘we’re going to the Gabba’-type attitude, I bet that was there,” Healy said. “As soon as you think about that, you know it’s there. They’ll never admit it, but they probably thought, ‘we’re going OK here’.”

Paine’s captaincy has been under the microscope since the defeat, but by the end of the week former greats were coming to his aid. Merv Hughes, a former selector, said the captain had enough credits in the bank to make his own call, while Michael Hussey said it would be “destabilising” to move on Paine in an Ashes year, even if the side lost in South Africa.

“We were all lauding him the last 18 months on how great a job he had done as leader bringing Australia through that tumultuous period,” Hussey said. “To say he has turned into a bad player or bad captain because of two slightly below-par games is a bit unfair.”

Despite public calls for bloodletting, if the axe was wielded for South Africa it would be a dramatic deviation from the team management’s mantra of stability.

Matthew Wade faces a nervous wait, with squad members Travis Head and Moises Henriques at the front of the queue, while Ben McDermott has won admirers for his form at the level below.

But Hussey, Healy and Hughes believe any changes will be minimal, a view held by other former players, cricket figures and insiders contacted this week.

Selectors have already picked the eyes out of the Shield, which will not resume until mid-February by which point the squad will most likely have been announced.

“It’s not like they can put their name forward with some big scores in Sheffield Shield because there’s no opportunities there,” Hussey said. “You have to back the group that’s there, give them another opportunity and hope they can turn it around.”