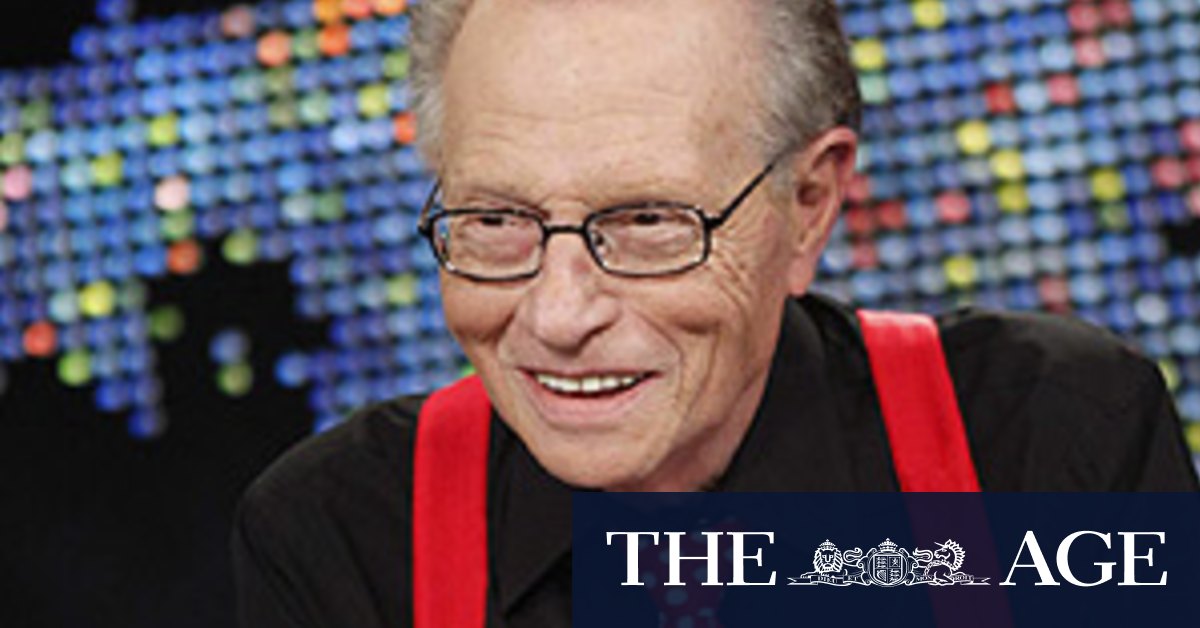 Hunched over his desk in rolled-up shirt sleeves and owlish glasses, he made his show one of the network’s prime attractions with a mix of interviews, political discussions, current event debates and phone calls from viewers.

Even in his heyday, critics accused King of doing little pre-interview research and tossing softball questions to guests who were free to give unchallenged, self-promoting answers. He responded by conceding he did not do much research so that he could learn along with his viewers. Besides, King said, he never wanted to be perceived as a journalist.

“My duty, as I see it, is I’m a conduit,” King told the Hartford Courant in 2007. “I ask the best questions I can. I listen to the answers. I try to follow up. And hopefully the audience makes a conclusion. I’m not there to make a conclusion. I’m not a soapbox talk-show host… So what I try to do is present someone in the best light.”

King was married eight times to seven women, most recently to singer Shawn Southwick, who was 26 years younger. He had five children, two of whom died in 2020.