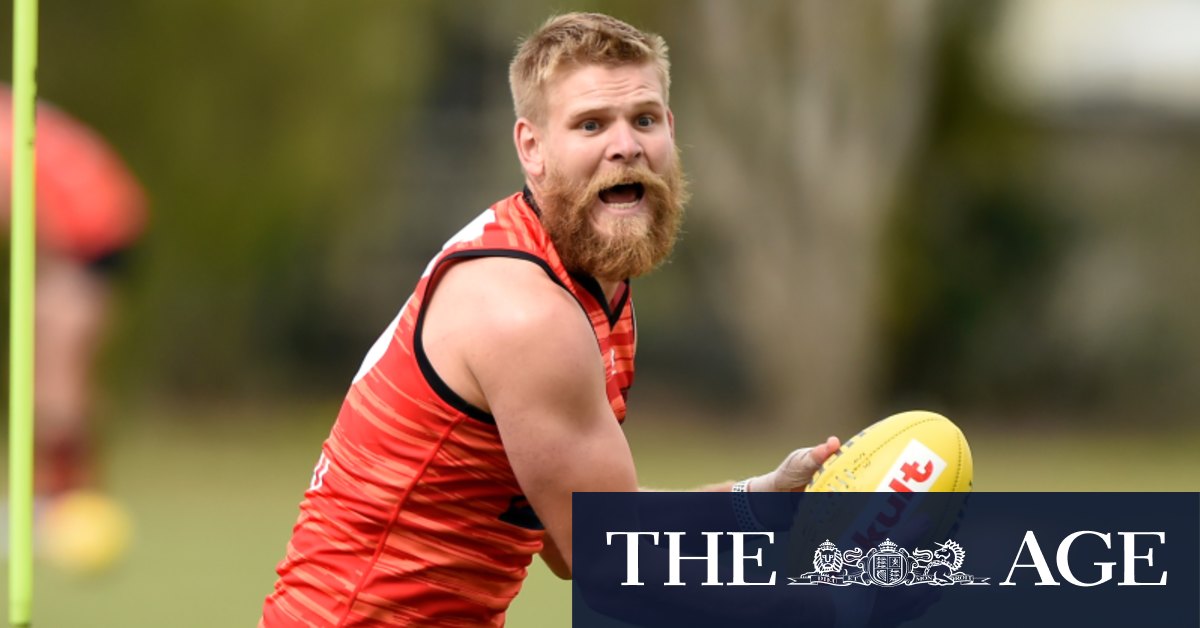 But Rutten, entering his first season as senior coach at Tullamarine, said the Dons had also been eyeing forward time for Hurley, who has kicked just nine AFL goals in the last seven years and none since round 17, 2017.

“Mick Hurley has played a bit up forward in the past and we just want to make sure he’s the best well-rounded key position player we can have,” Rutten told the Lunchtime Catch Up podcast in an episode to be released on Monday.

“He’s spending a bit of time to build connection up in the forward line. It doesn’t necessarily mean that we’ll play him there for the whole season, but it’s just about giving him a bit more experience and exposure up there.”

Similarly, the Bombers are experimenting with James Stewart, who has spent some of the pre-season training as a key defender after spending the majority of his career as a tall forward.

Rutten was excited about the upside in the likes of Wright, Jye Caldwell and Nick Hind, all of whom were traded to the Dons during a busy trade/free agency period in which they lost Daniher, Orazio Fantasia and Adam Saad.

“It’s always disappointing to lose good players out of your team, but part of AFL footy and part of the cycle is that it provides a great space for growth and new guys to be able to come through,” said Rutten.

The 194-centimetre Jones is also developing nicely, according to the coach.

“You compare him to last year when we saw him as a skinny kid out of school, now he’s looking like a man that’s starting to compete, as we need key forwards to do,” Rutten said.

More broadly, Rutten is aiming to return the Bombers to their working-class roots, acknowledging that the club and team may have strayed from their heritage at times in recent years.

“We’ve got such a rich history of success, we’re a 150-year-old footy club, there’s so much there that I really wanted to tap into and really get a deeper understanding myself as a coach. We need to understand where we’ve come from as a footy club,” Rutten said.

“We’ve come from that family, a working-class area in Essendon.

“I think that’s something we need to get back to and reconnect with. I think that’s who Essendon are at its core and at its heart, a hard-working, blue-collar team that puts in. We want to play really reliable, dependable footy, to look after each other. We want our guys to reconnect with that.”

Hurley is part of a streamlined four-man Essendon leadership group also featuring captain Dyson Heppell, Zach Merrett and Andrew McGrath. Heppell remains no guarantee to be right for round one as he makes his way back from the foot and ankle injuries that cruelled much of his 2020 campaign.

Previous New Zealand reports first community COVID case in months
Next Summer boom for tourist towns, but is it enough?