Breaking News
Home / National News / Duck out to Bunnings, then back to the book

Duck out to Bunnings, then back to the book

admin January 24, 2021 National News Comments Off on Duck out to Bunnings, then back to the book 12 Views 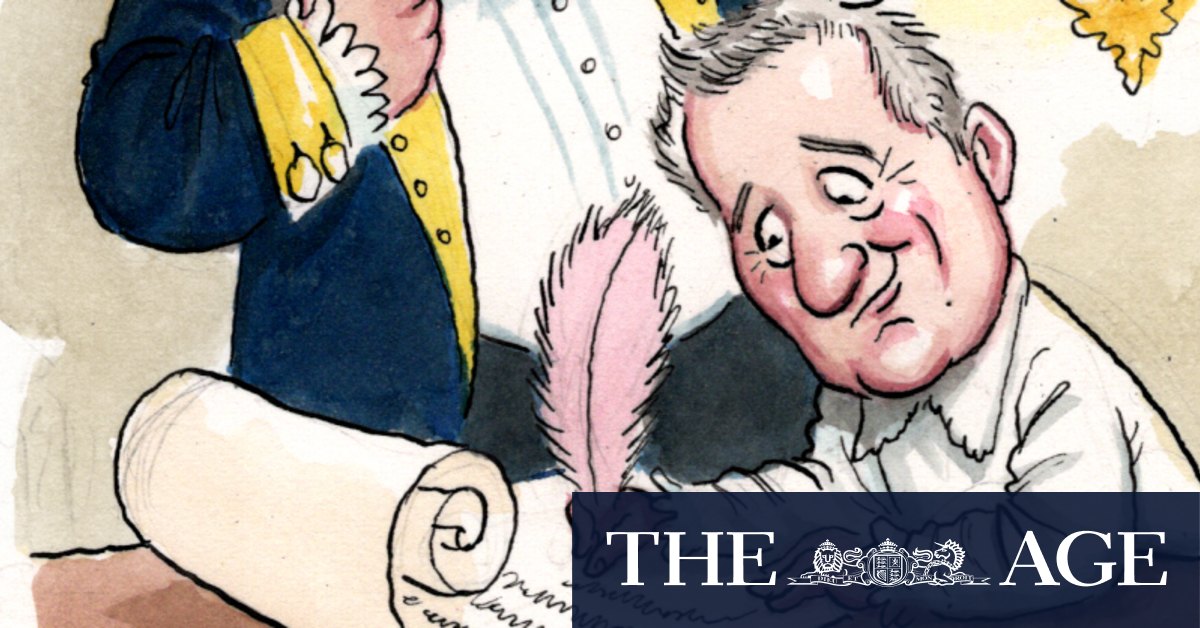 A bit of a pickle for The Australian’s editor-in-chief Chris Dore to deal with when he returns from leave.

Now CBD can reveal that apart from DIY work that requires a trip to Bunnings, Benson has another project on the go. He is writing a political book and has been spending a lot of time with Prime Minister Scott Morrison, and meeting with senior Morrison aides including principal private secretary Yaron Finkelstein and chief of staff John Kunkel. Benson was uncharacteristically tight-lipped about the details when CBD inquired on Sunday, as was Sydney-based publishing house Pantera Press, which published Benson’s previous effort, Betrayal: The Underbelly of Australian Labor. Confidentiality clauses have prevented CBD from gleaning any more about the book, which we assume will bring readers insights into the Morrison government. But we are sure it will sit incongruously beside Pantera’s progressive titles such as Vegan Living and Darkness is Golden: A Guide to Personal Transformation and Dealing with Life’s Messiness.

The business set appeared to make a fist of holidaying close to home during the festive season – a boon for this column’s spies along Australia’s east coast. Diners at Noosa’s beachfront Season restaurant the Sunday before last couldn’t help noticing Mark McInnes strutting around the joint with a smile plastered across his face. Resplendent in a blue linen shirt and cerise board shorts with a tan to match, the 55-year-old Premier Investments boss and his wife Lisa Kelly had nabbed the prime lunch table, which afforded them uninterrupted views of the perfect summer’s day – and their kids playing on the sand.

No doubt McInnes was thrilled he’d busted out of Victoria for a Queensland holiday – but it became clearer the next day just why he was looking quite so pleased, when Premier owner Solly Lew announced his retail wunderkind McInnes was walking away from the business with a multimillion-dollar golden handshake (which covers a 12-month notice period and two years’ gardening leave).

Also lunching at Season was Graham “Skroo” Turner, seated with his wife Jude one table over from the McInnes clan. The couple were fresh out of a fortnight’s hotel quarantine in Brisbane (no rich lister quarantine exemption for them!) after a Christmas visit to London to see their daughter Jo and her family. Despite COVID travel restrictions taking an enormous toll on Turner’s Flight Centre business, he looked uber-chipper as he and McInnes enjoyed a post-luncheon chat.

It’s early in the new year, but Bill Shorten has raced out of the barrier in his eternal quest to regain the Labor leadership and wrest the badly listing good ship Labor from Captain Anthony Albanese. While not exactly having the gee-whiz factor of the revelation his former deputy Tanya Plibersek can count on conservative broadcaster Alan Jones as her No.1 fanboy, Shorten didn’t mince his words when he addressed St Kilda’s Readings bookshop on Sunday. The former Labor leader was launching the Labor Right essay collection, The Write Stuff, which includes entries from a slew of Right factional allies including Jim Chalmers, Clare O’Neil and ALP deputy leader Richard Marles. The Maribyrnong MP took a thinly veiled swipe at Albo by taking aim at the party’s “tiny” policy agenda, even as he publicly declared his support for the current leader. The audience included factional allies Senator Kimberley Kitching, former Labor MP Theo Theophanous and former Rio Tinto executive Ken Macpherson – a former Shorten chief of staff. Getting the gang back together, perhaps?

Or is it a case of putting the finishing touches on a new team hopeful of a Labor federal election victory? Whatever the case, there’s more work to be done by Shorten, apparently. Sportsbet’s Labor Leadership odds put Plibersek at 2.10, while Shorten languishes in sixth place at 15.00. Maybe that will change after the book’s wider release.

The search to find Christine Holgate’s replacement as Australia Post’s new chief executive is approaching the end game. A handful of internal candidates are still contenders for the $1.6 million post. Acting chief executive Rodney Boys has impressed the government for managing to avoid widespread delivery chaos during the Christmas parcel season. And Post’s consumer and community boss Nicole Sheffield – a former News Corp Australia magazine queen and later digital boss – is still a possibility, which would amuse her former colleagues at News Corp no end. Outside the post office, former SBS chief executive Michael Ebeid, who quit to become the next big thing at Telstra until he wasn’t and abruptly quit in October, has support from Communications Minister Paul Fletcher and Prime Minister Scott Morrison. While Holgate and Ebeid’s former ABC counterpart David Anderson have endured a torrid time at Senate estimates, Ebeid was famed for turning his sessions into something akin to a gathering of the ACT branch of the SBS Eurovision fan club. Former Toll Group managing director Michael Byrne and Linfox Armaguard chief executive Annette Carey were billed as contenders early in the search but are no longer in serious contention, while former Virgin Airlines boss Paul Scurrah – who was highly exercised at CBD’s previous coverage of the race – took himself out of contention early last month.

Previous On Invasion Day, our calls for justice will not be silenced
Next Lithium miner back in the driving seat on electric vehicle rebound