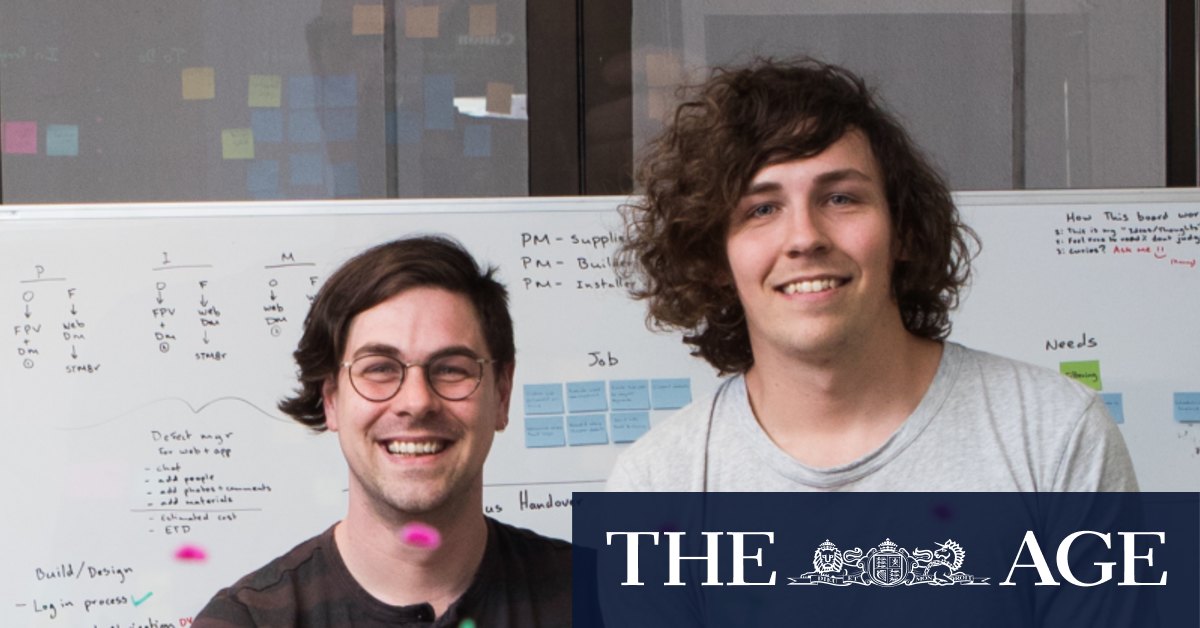 Mr Jasper said he was extremely bullish on Matrak’s prospects and while the number of construction technology startups in Australia was growing rapidly there was plenty of room for the new players in the market.

The startup was founded in Melbourne in 2017 by Shane Hodgkins, 35, and Brett Hodgkins, 28, after the brothers found the lack of information about when supplies were due to arrive at their dad’s construction company was causing “mayhem”. They set about building a solution.

“It blew up straight away and multinationals overseas and big builders in Australia wanted access to the software,” Shane Hodgkins said.

“It’s a big opportunity to take what is world-leading technology to the rest of the world,” Mr Hodgkins said.

He said working directly with Mr Jasper had been “surreal” as Aconex had always been an inspiration to the brothers.

“Now that we’re connecting hundreds of companies globally, being backed by the co-founder of one of Australia’s biggest tech successes puts us in a phenomenal position to emulate their trajectory.”

Paul Naphtali of Rampersand said construction technology was a “huge new frontier” with opportunities for scale where technology adoption was not developed yet.

“I think property and building and construction are so central to the Australian DNA that it is such an oversized industry for this country that we’ve got a really advanced market to sell into,” he said. “As opposed to many other industries, you can springboard out of Australia within construction, probably more easily than some others.”

Previous Tall order to find fill-in for Gestede
Next A Google exit could open door for publisher deals with smaller players: ACCC