Pfizer vaccine hubs to be created in major Melbourne hospitals 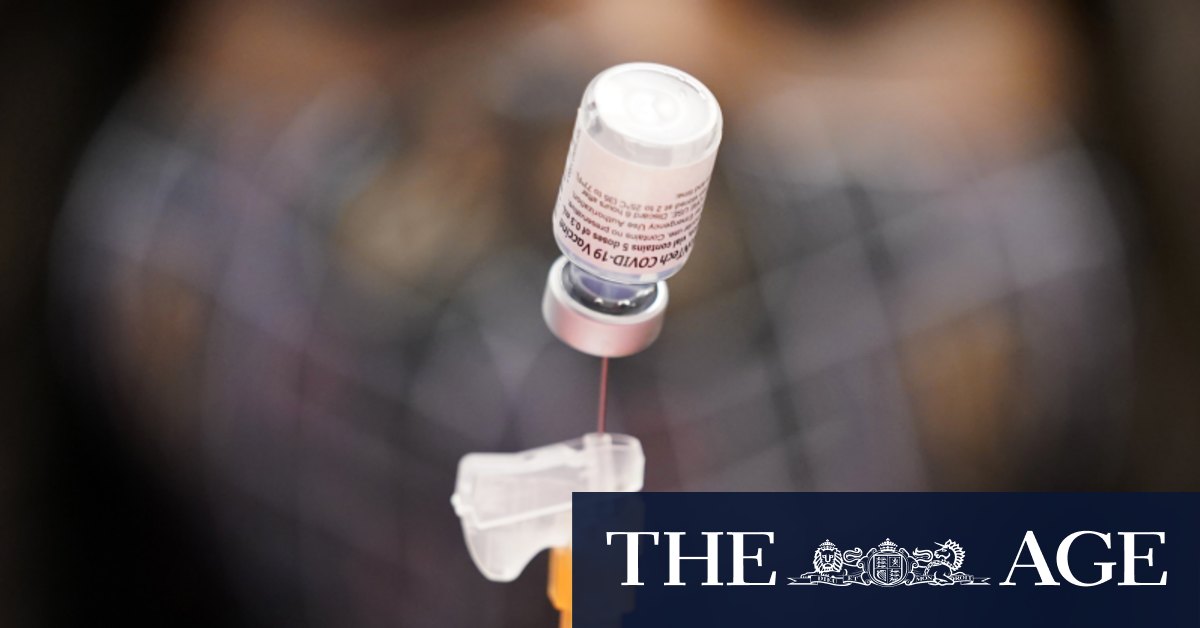 Hospitals already have the freezers, which cost anywhere between about $5000 and $20,000 each, but smaller medical centres and GP clinics typically do not.

Professor Rait said if the vaccine was taken out of an ultra-cold freezer it could be stored for up to five days at ordinary fridge temperature, meaning authorities will have to move quickly in administering all available doses among priority groups.

“It is going to be a huge logistical exercise,” he said.

Some doses will probably be thawed and refrigerated before being picked up by medical providers contracted by the federal government, then taken to aged care homes to vaccinate the elderly.

The way vaccination clinics will operate in Victoria is still being finalised, but Professor Rait said doctors were hopeful people will have a choice of where to go for their shots, from public hospitals running on-site clinics to local GPs, large state-run vaccination sites or drive-through clinics.

Sporting ovals across the city are also being examined to determine if they are suitable for mass vaccination sites. Football stadiums could be used to vaccinate about 60 people at one time while ensuring social distancing requirements are met.

”The good thing about the fact we already have these large respiratory clinics set up now for coronavirus is that these are generally larger general practices that have had additional infrastructure placed in them and if they’re not doing testing, they could also be adapted to do drive-through vaccination clinics,” Professor Rait said.

At least six centres will be set up in regional areas, with potential hubs earmarked for Ballarat, Bendigo, Geelong, Albury-Wodonga, Sale and the Latrobe Valley.

“There is a strong desire to ensure that rural Victoria is being managed and that it is not just an afterthought and it is included in the first wave of vaccine rollout, including to high-risk health workers in aged care, residents and their staff,” Professor Rait said.

Staff at Aspen Medical, Healthcare Australia, International SOS and Sonic Clinical Services have been contracted to transport the Pfizer vaccine and inoculate elderly residents and staff on-site at Victorian aged care homes, which were hit hard during the state’s second wave of coronavirus.

Health sources told The Age the government was also considering setting up a fourth metropolitan Pfizer hub at the Royal Melbourne Hospital to vaccinate priority groups and healthcare workers.

Phase two of the rollout, slated to begin in mid-March, will administer the AstraZeneca vaccine to the broader population. The second phase will aim to inoculate 6.1 million people, including anyone aged over 70, healthcare workers, younger adults with an underlying condition and other high-risk workers.

The Therapeutic Goods Administration said on Monday that after a thorough and independent review of Pfizer’s submission, it had decided the vaccine met the high safety, efficacy and quality standards required. It is the first COVID-19 jab approved for use in Australia.

Once Pfizer is rolled out, the aim will be to inoculate 80,000 Australians each week. That number will ramp up as more supply is available.

Andrews government minister Melissa Horne said none of the cases were connected with the Australian Open, which begins on February 8.

Ms Horne noted the “terrific news” that the Therapeutic Goods Administration had approved the Pfizer vaccine, but said the Victorian government would be in discussions with the federal government to ensure we “do get our fair share”.

A Victorian Department of Health and Human services spokesman said the department was working closely with the Commonwealth to ensure Victoria is able to roll out the Pfizer vaccine from mid-February.

“The coronavirus vaccines will be delivered through a range of locations,” he said. “Work is under way to identify sites across Victoria and we’ll have more to say when locations are finalised. Our priority is to make sure that any vaccine which becomes available can be administered to Victorians as quickly and safely as possible.”

Western Health, Monash Health and Austin Health all declined to comment as the vaccine rollout was still being finalised by the state and federal governments.