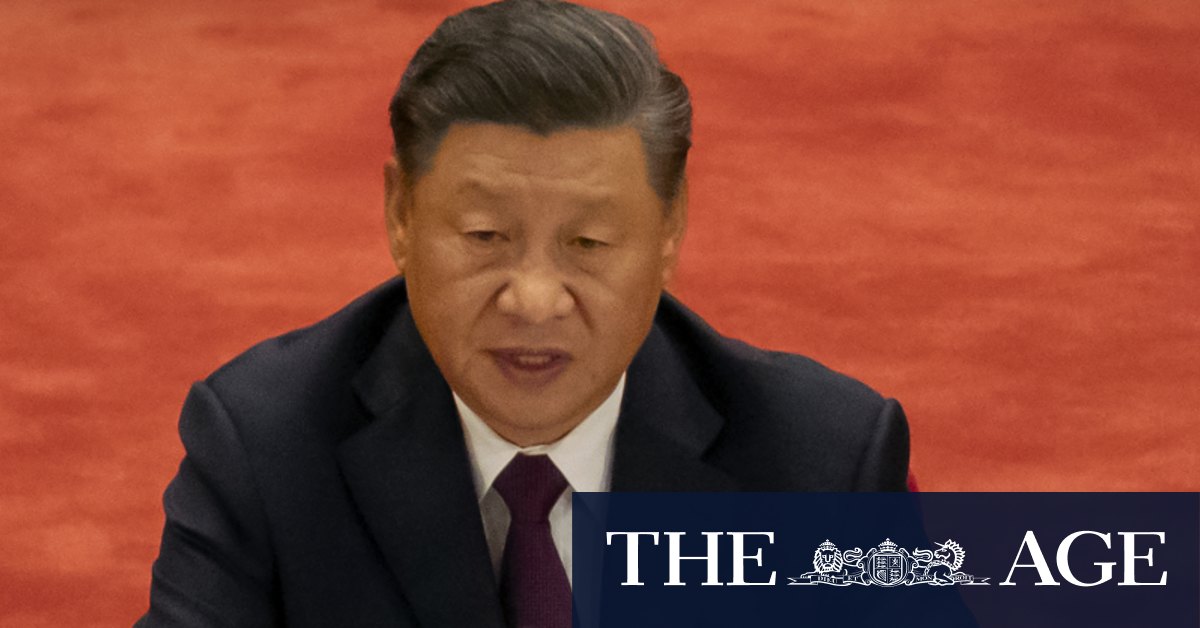 “It serves no one’s interest to use the pandemic as an excuse to reverse globalisation and go for seclusion and decoupling.”

Xi’s speech to the World Economic Forum’s annual talkfest is his first since 2017 and was widely aimed at Joe Biden, who was inaugurated as US President five days ago.

Donald Trump used tariffs and sanctions to try to reduce the United States’ reliance on China as part of his decoupling strategy. The West’s reliance on Chinese supply lines shot to prominence more broadly during the coronavirus pandemic, as countries raced to secure limited supplies of medical protective equipment and ventilators made in China.

Australia’s own economic dependence on China has been highlighted following Beijing’s retaliatory tariffs and trade blockades of a variety of commodities including wine, coal, seafood and grain worth tens of billions of dollars.

Xi did not raise global criticisms of China’s bullish conduct since the pandemic and instead hit out at bigger countries trying to coerce smaller ones into submission, a reference to the rhetoric adopted by the former US administration.

“The strong should not bully the weak,” he said. “Decisions should not be made by simply showing off strong muscles or waving a big fist.”

Xi strongly backed multilateralism as the solution to the “intricate and complex” problems facing the world, primarily through the architecture of the United Nations, and claimed that China was a “staunch supporter” of an independent foreign policy of peace.

“China is working hard to bridge differences through dialogue and resolve disputes through negotiation,” he said.

Chinese officials have refused to accept calls from Australian officials as part of an unprecedented deterioration in relations that culminated when Australia sought an investigation into the origins of the coronavirus pandemic, which first emerged in Wuhan.

Xi said that state-to-state relations should be co-ordinated and regulated through proper institutions and rules.

“Without international law and international rules that [were] formed and recognised by the global community, the world might fall back to the law of the jungle and the consequence would be devastating for humanity,” he said.

But China hawks said that Xi’s Davos speech could not be taken seriously, given China’s crackdown in Hong Kong and treatment of Australia.

“President Xi’s claims to uphold the principles of multilateralism and the international rule of law cannot be taken seriously after a year in which he has overseen a draconian crackdown on Hong Kong’s freedoms and autonomy, violating numerous international treaties in the process,” the Inter-Parliamentary Alliance on China, a group comprising legislatures from more than 20 democracies, said.

“After arguing that ‘the strong should not bully the weak’, Xi should examine his own government’s threats and punitive sanctions levelled against Australia and other countries that have dared to criticise his authoritarian regime,” the Alliance said.