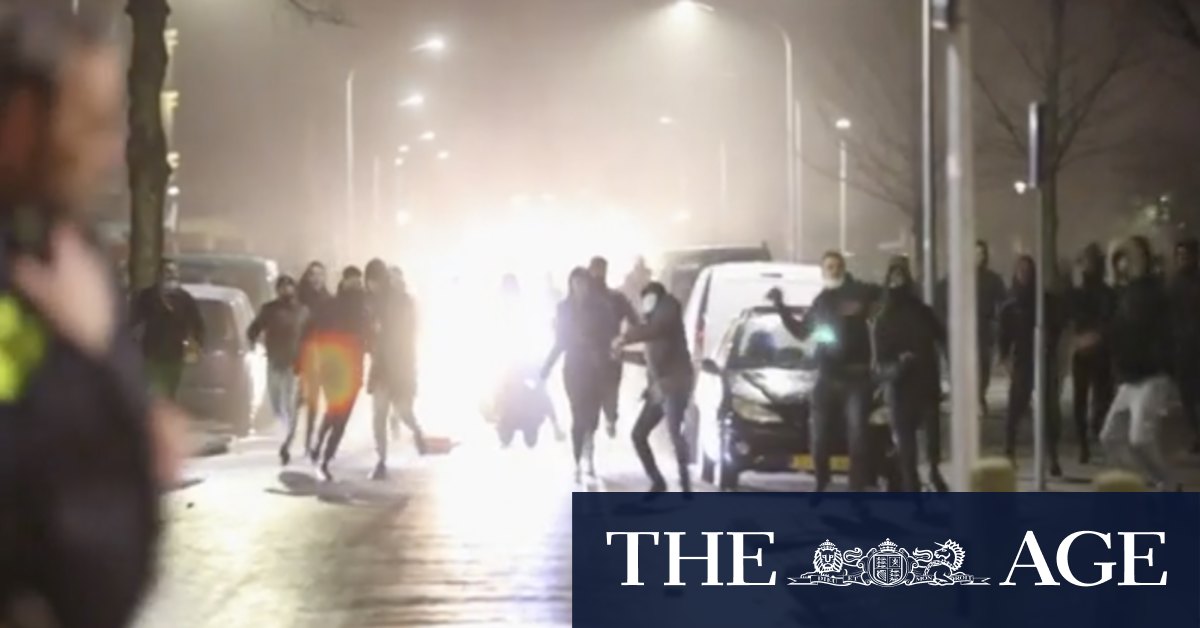 Police scuffled with rioters in several cities late into the night, chasing them down narrow streets with vans or on foot as helicopters hovered overhead.

In the capital Amsterdam, groups of youths threw fireworks, broke store windows and attacked a police truck, but were broken up by massive police presence.

Ten police were injured in Rotterdam, where 60 rioters were detained overnight after widespread looting and destruction in the city centre, a police spokeswoman said. Supermarkets in the port city were emptied, while rubbish bins and vehicles were set ablaze. Two photographers were hurt after being targeted by rock-throwing gangs, one in Amsterdam and another in the nearby town of Haarlem, police said.

Van de Graaf said much of the aggression had been targeted at police officers. More than 470 people have been arrested during three days of unrest, with riot police deploying water cannon and officers on horseback to restore order in several places.

Schools and non-essential shops across the Netherlands have been shut since mid-December, after bars and restaurants were closed two months earlier.

Previous Stars miss finals as Christian has final say on January 26
Next Changing the guard? Inside the battle for prize Liberal seat of Menzies