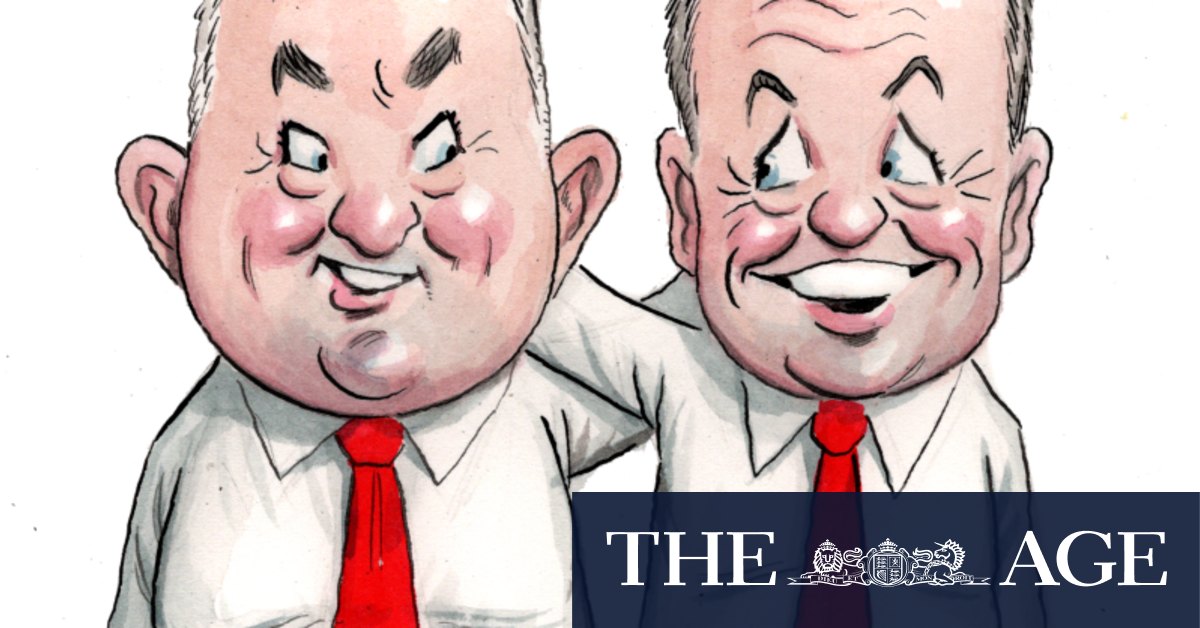 A spokesman for Anthony Albanese did not respond to questions regarding the omission on Tuesday. But those familiar with the backs-and-forth between Albo and Shorten’s teams said there was no chance the speech hadn’t been shared with the leader’s office.

But look, it is still technically the holidays. Maybe someone forgot to push a button.

Of course, a Mexican standoff over media matters between the Labor MPs’ offices is hardly new.

Back when Shorten actually was opposition leader, Albanese refused to use the centralised media team and insisted on his own media team and a separate distribution list.

Up until now Shorten has been a team player and used the centralised media system. But this could be changing. Don’t believe us?

While the weekend’s blanket coverage of Shorten’s weekend shenanigans shows this is a completely redundant post, Shorten is advertising for a “communications adviser”.

The adviser would “play an important role in the development and implementation of policies and communication strategies”. Decent pay within the range of $95,000 to $135,000 with up to $30,000 for additional work.

Perhaps Albo better beef up his communications as well.

Australia Post’s acting chief executive Rodney Boys and his executive team are no doubt hoping for a quieter year inside the federal post office after the annus horribilis of 2020 dominated by questions of corporate spending and Cartier watches. But new information continues to shed light on the true cost of the organisation’s tumult in 2020.

On Friday, a communications probe found Post’s executive team had gone outside company policy when it awarded four staff Cartier watches as rewards for landing a lucrative deal. On Monday, a Freedom of Information request then neatly shed light on every purchase to have been made on former chief executive Christine Holgate’s corporate card. But there’s more corporate spending at Post to have gone under the microscope in the past two months.

After learning during Senate Estimates in November that the organisation had been shelling out some $60,000 a month on communications consultants, the indefatigable Senator Kimberley Kitching was keen to find out how an arrangement with Sydney spin doctors Domestique Consulting and crisis communications expert Ross Thornton came about. In late December, Kitching received a response from Post with the low down on the conversations that took place between Post’s executive general manager of community and consumer Nicole Sheffield and then chief executive Holgate before they chose to appoint Thornton and his consultants as Post’s explosives handlers.

Was the board involved? Turns out there was a discussion beforehand, but the board wasn’t included at all. Holgate herself said she had considered Thornton’s rival crisis media expert – and newly minted Member of the Order of Australia – Sue Cato for the gig as Cato had held a contract the year before with Post. The executive team also considered “probably another” provider but couldn’t recall who. Sheffield said the well-paid contract covered the cost of four consultants who worked across multiple areas of the business, but Post did not record the number of hours of work that was performed. Shame.

This could be one of the easiest jobs in the world. The 26th prime minister, Kevin Rudd, needs an assistant adviser who can inform on economic, social and environmental policy questions relevant to Australian politics. Why easy? Well, despite a hothead temperament, PM26 always seems to know everything already. How much assistance could he possibly need?

The gig calls for applicants who are “highly motivated” and are willing to live in Brisbane. Expect a pay packet in the range of $79,866 to $95,796. They will work with a team that includes adviser Jared Owens, a former political scribe at The Australian.

Younger applicants should be aware that the generation gap might be an issue. The former PM provided one of our fave moments of last year during a Young Labor Zoom call in August, when the standards between baby boomers and Gen Z became apparent, particularly over the unkempt living quarters of Labor activist Jan Morgiewicz, 23. “Whoever Jan is, he needs to make his bed by the way. It’s a f—ing disgrace,” Rudd, 63, opined. OK, Boomer. The delighted Gen Z Zoomers put the exchange on TikTok, which must have pleased KRudd no end.