‘Disconnect between words and actions’: Australia responds to Xi 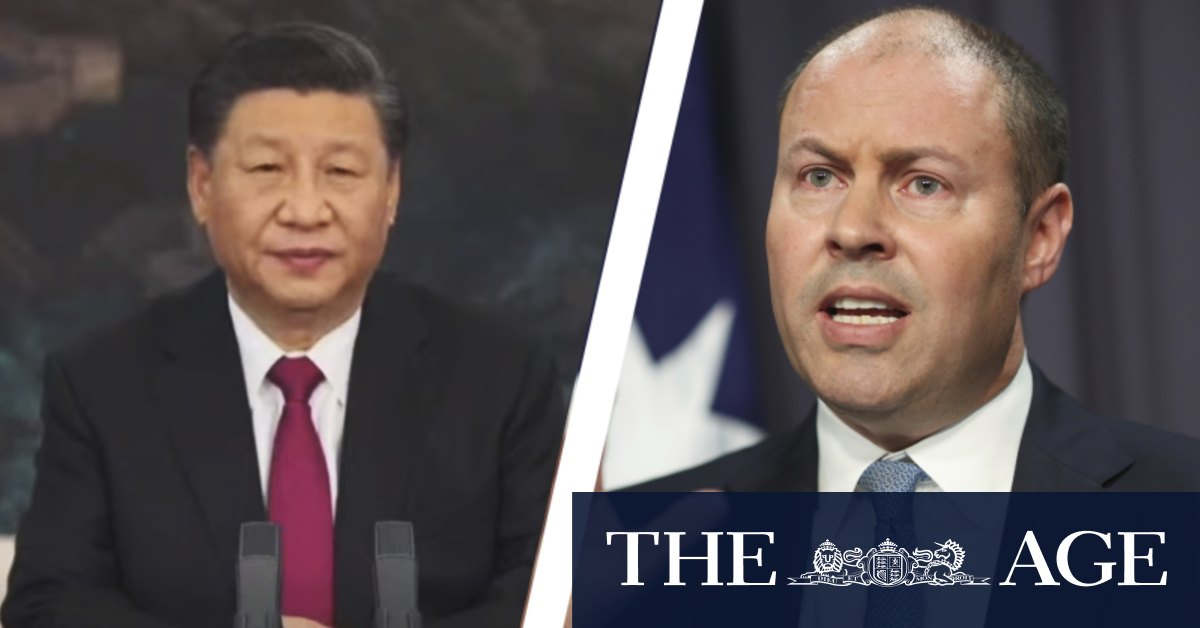 “We agree with that sentiment, big nations should not bully small ones, but there seems to be a disconnect between the words and the actions,” he said. “The reality is Australia has been on the receiving end of some pretty harsh actions when it comes to our trade.”

China has hit half-a-dozen Australian industries with restrictions and tariffs since the beginning of last year, leaving coal ships stranded in Bohai Bay with tonnes of Australian coal onboard, winemakers forced to find other markets and seafood held up on airport tarmacs. The strikes followed Australia’s decision to ban Huawei from the 5G network, its calls for a coronavirus inquiry, foreign interference legislation and the government’s rejection of multi-billion dollar Chinese business takeover deals.

In a sign that the Australian government has taken little encouragement from Xi’s appeal to “end the misguided approach of antagonism and confrontation,” Frydenberg said Australia would not compromise on the national interest.

The Chinese embassy released a list of the Chinese government’s 14 grievances with Australia to Nine News, The Sydney Morning Herald and The Age in November. Along with the earlier decisions, the list included: funding for the Australian Strategic Policy Institute think tank, the condemnation of the Chinese Communist Party by Australian MPs and “incessant interference” in China’s internal affairs in Hong Kong and Xinjiang, where China has been accused by multiple nations of human rights abuses.

The Treasurer said those were “non-negotiable issues for us”.

“The fact that a politician elected democratically into the Parliament should have the right to speak as they see fit, the fact that we are taking decisions on foreign investment that are very much in our national interest and of course on human rights we will continue to speak out where there are injustices,” he said.