Breaking News
Home / Sport / Got a job for me? Phone call that reunited Benji and Bennett at Souths

Got a job for me? Phone call that reunited Benji and Bennett at Souths

admin January 27, 2021 Sport Comments Off on Got a job for me? Phone call that reunited Benji and Bennett at Souths 12 Views 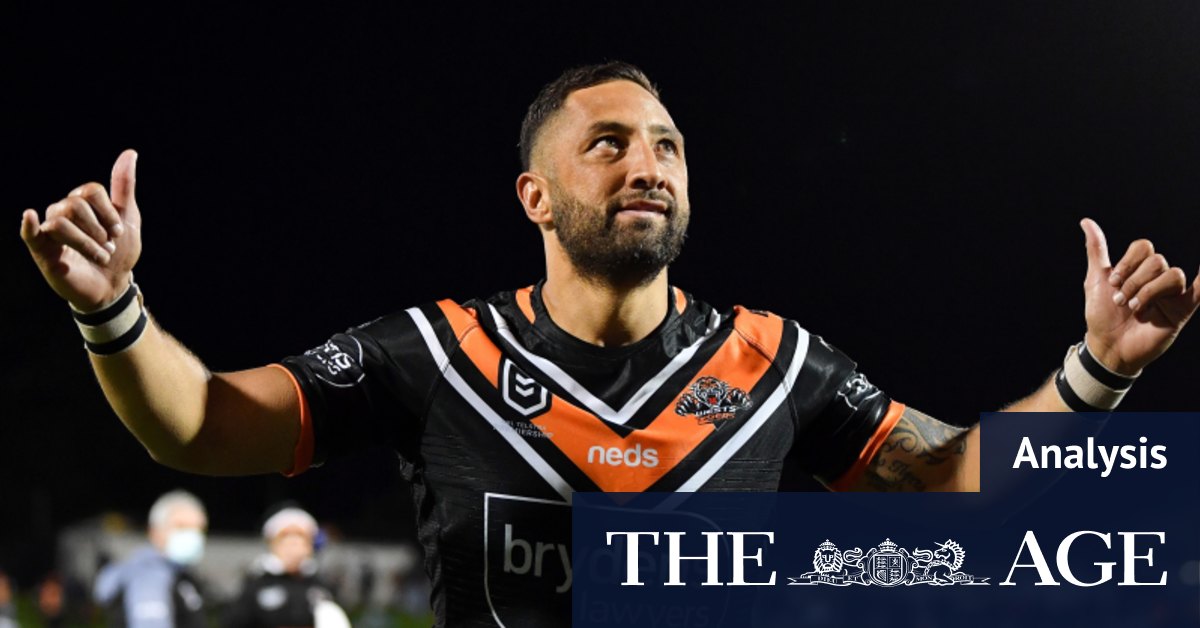 The 35-year-old, who turns 36 next month, had lined up a commentator contract with Fox Sports worth in excess of $200,000, while his manager was also finalising the details of a radio gig with the Triple M network to call games on Thursday night.

Then Bennett, who just a couple of months before had shut the door on Marshall’s hopes of joining him at South Sydney, had a sudden change of heart on the eve of his third and final crack at a premiership with the Bunnies.

Bennett addressed the South Sydney players on Wednesday morning, telling them the club would be signing Marshall. He wanted them to hear it from him first and he didn’t want his halves thinking they were on the outer.

News of Marshall’s move to Redfern surfaced soon after, although as of Wednesday evening the NRL was yet to register the contract and the potential bonuses that were part of the deal.

For Marshall, however, this isn’t about the money. If it was, he would have taken up the $750,000 contract new Hull FC coach and former grand final teammate Brett Hodgson offered him to play in the Super League this year. He also stood to earn almost double in media contracts alone if he had decided to retire.

The Rabbitohs have filled the final spot in their squad with a bargain buy, with Marshall set to earn less than half of the $300,000 contract he had with the Wests Tigers last year.

Marshall, fuelled by a feeling of rejection that the joint-venture club did not offer him a new deal, is determined to finish his playing career on his terms and that could well be with a tilt at his second premiership in a star-studded Souths team.

The manner in which his time at the Wests Tigers came to an end, learning about the club’s intention not to extend his contract in a Herald article, has left Marshall with a point to prove to those who believed it was time for him to hang up the boots.

According to sources at the Wests Tigers, Marshall even left the match ball inside the sheds at Bankwest Stadium that had been presented to him after his final game.

It was only last week that Marshall’s manager Matt Desira met with Wests Tigers boss Justin Pascoe to begin discussions about a potential role at the club in 2021. But the departure of Corey Allan to the Bulldogs left Bennett with a hole to fill in the No.14 jersey.

It’s a role Marshall played for Bennett at the Brisbane Broncos back in 2017, playing seven of his 13 games for the Queensland club off the bench in his last stint under the coach four years ago.

Bennett first developed a bond with Marshall while coaching the NRL All Stars a decade ago, and his affection for the Kiwi five-eighth was highlighted in an emotional tribute ahead of the veteran’s 300th game in 2019.

“I don’t normally talk that elaborately about people outside the team but I used to turn the TV on in the 2000s just to watch you play, mate,” Bennett told Marshall during an emotional tribute for NRL.com.

“My favourite days were Leichhardt on Sunday, Benji playing, that hill packed, sunshine in Sydney and you at your absolute best. I’ve always thought of you as a pretty special player. One of the highlights of my own career was when you came to Brisbane. In my career I’ve seen some wonderful players, but you’re up there with that category of players, mate.”

In that tribute, Bennett spoke of how delighted he was for Marshall to, not only play his 300th game at the Tigers, but also to finish his career where he belonged.

That will change on Friday – at the latest Monday – when Marshall walks through the doors at Redfern Oval. Oh and in case you’re wondering, the date is April 17 at Stadium Australia, South Sydney v Wests Tigers. Or wait for the return leg at Leichhardt Oval on a Sunday afternoon in July, one of Bennett’s favourite days.

Previous Economic profiteering is fuelling the war in Yemen: UN panel
Next Virus victim’s relative wants to meet WHO experts in Wuhan