‘I’ve got no hard feelings’: Harris steeled for return bout with Pies

admin January 27, 2021 AFL Comments Off on ‘I’ve got no hard feelings’: Harris steeled for return bout with Pies 11 Views 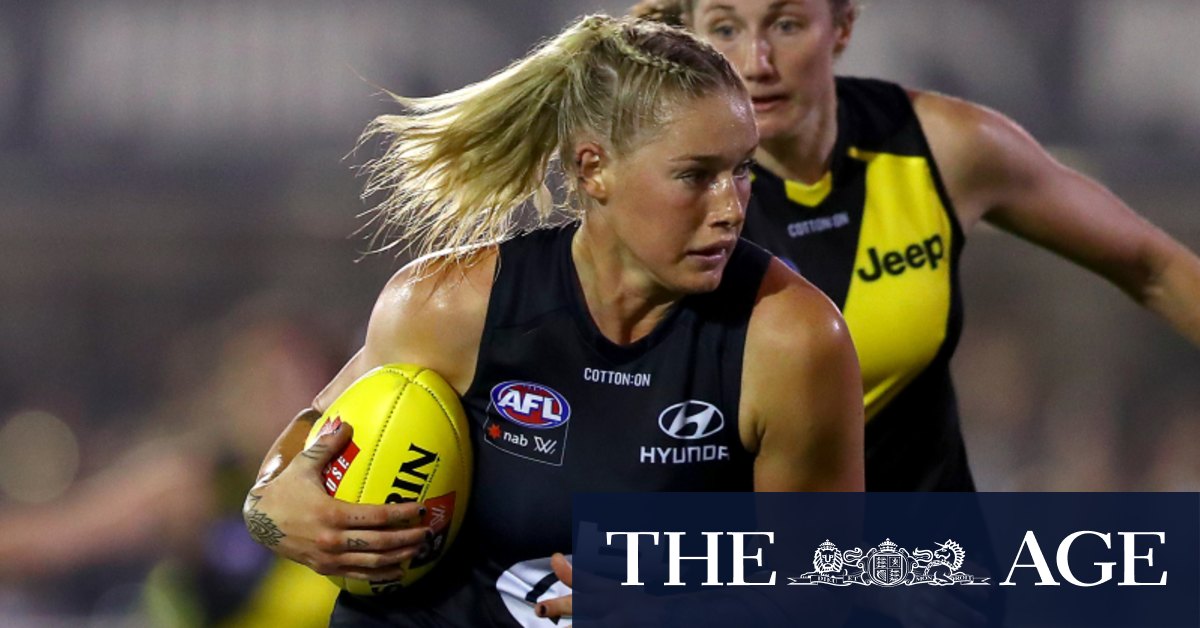 “The media love to grab onto things, so we’ll buy into it and that’s fine, but Stace sent me a message straight after to apologise, so I’ve got no hard feelings,” Harris said.

“But of course I’ll try to get the upper hand.

“I don’t really care to be honest, of opinions from other players. That’s her opinion and [she’s] entitled to it. It’s not about proving her wrong, it’s more about showing my family and my friends, whose opinions I hold highly, that I’m feeling good and feeling confident in myself. That’s all I take from any post-game interview. If it was Daniel Harford, our coach, saying that I’m not going very well then of course I’m going to take that on board.”

Ultimately Harris was just keen to return to the field after more than 10 months since the season ended prematurely in 2020.

“Both teams I’m sure are just itching to get out there,” she said.

“Great to have footy. That’s pretty much the underpinning thing, I hope fans enjoy a great game of footy.”

Harris’ teammate and reigning AFLW best and fairest Madison Prespakis was hopeful the Blues could continue their 2020 form, having been one of the four teams left standing when the season was called to an early halt.

“We felt like we were cherry ripe to get into that grand final. But it’s a new season this year and we feel even better this time around, so hopefully we just kick off the season well tomorrow night and just see how it goes,” Prespakis said.

Previous Trade the GameStop short squeeze if you wish – but it’s very stupid
Next AFL brain disease cases ‘tip of the iceberg’: US expert

The Pies begin their AFL season in two weeks against the Western Bulldogs, with Taylor …