admin 4 weeks ago Environment Comments Off on The verdict on Australia’s emissions targets: catastrophic 9 Views 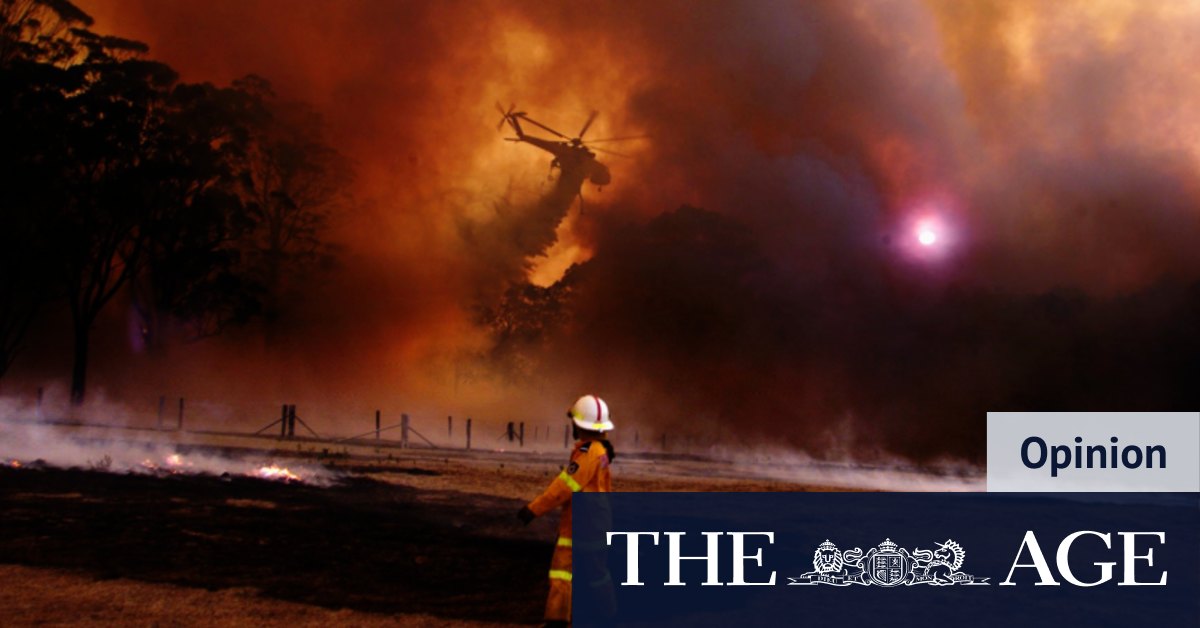 In recent interviews Prime Minister Scott Morrison has been at pains to create the impression that he supports a net-zero emissions target for 2050, but he won’t formally commit to it. Last weekend, he asserted (more a wish than a reality) that the political debate about reaching a carbon-neutral future is over, but he ruled out doing what other countries are doing: taking a new 2030 or 2035 target to the COP26 summit in Glasgow late this year.

Our Paris commitment to reduce emissions by 26 to 28 per cent from a 2005 base was political and it is inadequate to meet the Paris objective. A 26 per cent target is consistent with global warming of about 3 degrees and much more in Australia. Recently, our Bureau of Meteorology gave evidence to the Senate that current world targets have Australia on track to warm by a catastrophic 4.4 degrees by the end of the century.

The initial recommendation of the government’s own Climate Change Authority, in 2014, was for a 2030 target of 45 to 65 per cent, if we were to pull our weight globally. Since then the CCA has been ignored and nobbled – indeed, the government sought to abolish it, the carbon price was repealed, emissions have risen, and the carbon budget has been plundered. The government has refused to ask the CCA to update our remaining carbon budget. Its target ensures a climate catastrophe, while the opposition doesn’t really have one.

Recognising that Australia will need to offer a stronger 2030 target for Biden’s climate summit in April, and at COP26 in November, a group of our most senior climate scientists and I decided it was time for science and evidence to re-enter the debate. We formed the independent Climate Targets Panel to do the analysis and its report will be released on Thursday.

It’s what the government should have got the CCA to do: work out how much of our climate budget it has spent over the past six years, and what our updated targets will need to be to stay below the 2 degree threshold.

Our panel included Labor’s former climate science adviser, the globally renowned Will Steffen, and other eminent experts, including those whose work has been adopted by the CCA. We used the CCA’s methodology and the government’s own figures.

The government has squandered so much of the carbon budget that the 2030 target now needs to be a 50 per cent reduction on 2005 levels, and net zero by 2045, if we are to stay below 2 degrees. If we don’t adopt these targets we blow our Paris emissions budget.

If we are to have any chance of reaching the tighter objective of the Paris Agreement, and upon which our Pacific island neighbours rely for their survival, namely to limit global warming to 1.5 degrees, then we must get to net zero emissions by 2035, with a 74 per cent cut by 2030.

So, when you look at the data, and recognise the science, it is clear that Morrison’s posturing around “net zero by 2050” is nowhere near enough. While a 2050 target may work for some countries, with lower emissions profiles, or that have done more of the heavy lifting, it is not good enough for Australia. Our analysis is consistent with what Britain and the European Union are doing.

The analysis maintains the 2014 view of the CCA that, reflecting the nature of our economy and energy system, even though Australia makes up 0.33 per cent of the world’s population, it is entitled to 0.97 per cent of the world’s remaining carbon budget. Some may think this “fair share” is too generous, but even with it the government’s targets still massively overspend.

It is madness for the Coalition and Labor to be contemplating more coal-fired power. Australia is already seen as a global laggard. There is no vaccine for climate change. The planet does not recognise politics, only how much pollution is emitted.