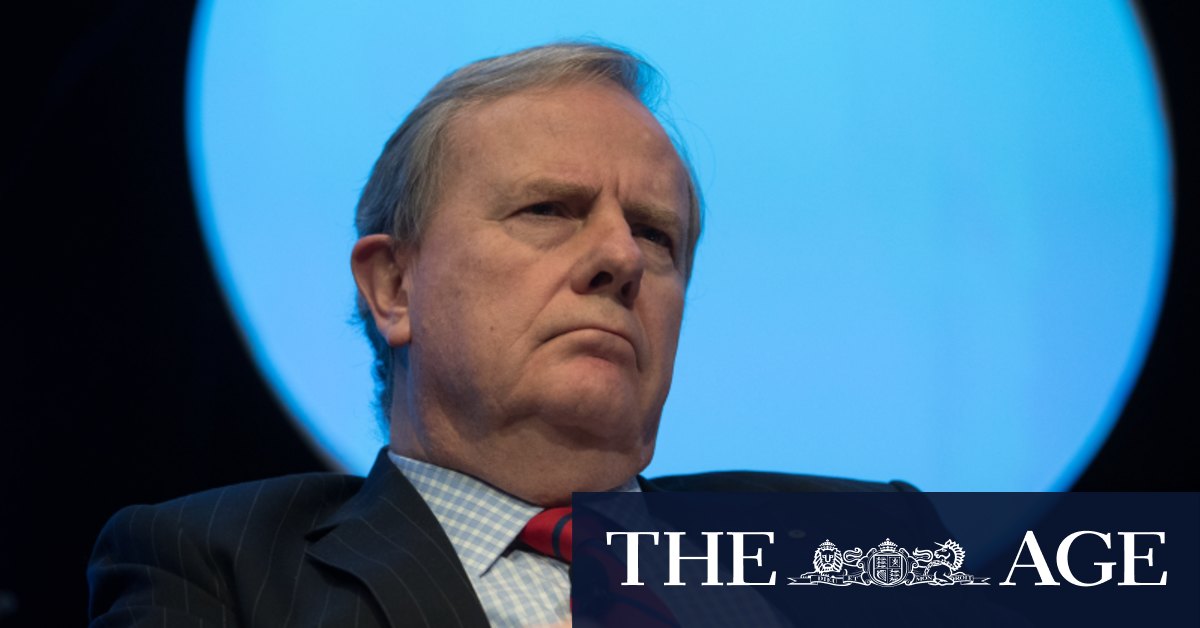 The former Coalition treasurer, highlighted the role of ultra-low interest rates and an enormous wave of government spending in supporting economies, saying technology stocks in particular had been pumped up by cheap money. He pointed to the surge in the tech-heavy NASDAQ index in the United States, and predicted a correction at some point.

“So you’re getting unbelievable valuations on companies that don’t make profits. You’ve just got to ask yourself: is that sustainable in the long term?” said Mr Costello, who is also chairman of this masthead’s owner, Nine Entertainment Co.

As well as the impact of cheap debt, Mr Costello also said stocks were being inflated by a belief among investors in the unlimited growth potential of technology and fintech companies, and “the belief is that profit doesn’t matter, the only thing that matters is market share.”

“Now that can continue whilst people are prepared to take that risk. But we saw a correction for example with the tech wreck in 2001, a very big correction, and there will be a correction on some of these stocks,” he said.

Mr Costello said he could not say when there would be a tech stock correction, highlighting the huge difficulty of trying to pick a turning point in the market.

The remarks came as the fund’s quarterly update showed that, over 10 years, it has made average returns of 9 per cent a year. It targets a return of 4 to 5 per cent above the consumer price index without taking “excessive” risk.

The fund continued to have a high allocation to cash, which was at 19.8 per cent at the end of the quarter, but chief executive Raphael Arndt said this did not reflect a more defensive approach and it was taking slightly more risk than previously. Dr Arndt said the fund’s risk settings were now “neutral”, but it did not think it was prudent to chase the strong returns seen on markets in recent months.

He said the risk outlook for markets would be influenced by: whether interest rates remained extremely low; the extent of government stimulus; the long-term economic impact of COVID-19; vaccines containing the virus; and the level of inflation.

“When we look at that outlook, certainly things could still be quite happy for the short to medium term, but eventually those sort of issues come home to roost, and we just don’t think it’s prudent to take a lot of risk at the moment,” Dr Arndt said.

Previous Fleeced: how an AFLW skipper turned farming rouseabout during lockdown
Next Trade the GameStop short squeeze if you wish – but it’s very stupid

COVID not only restricted travel, but also changed the direction for the fit-out of the …