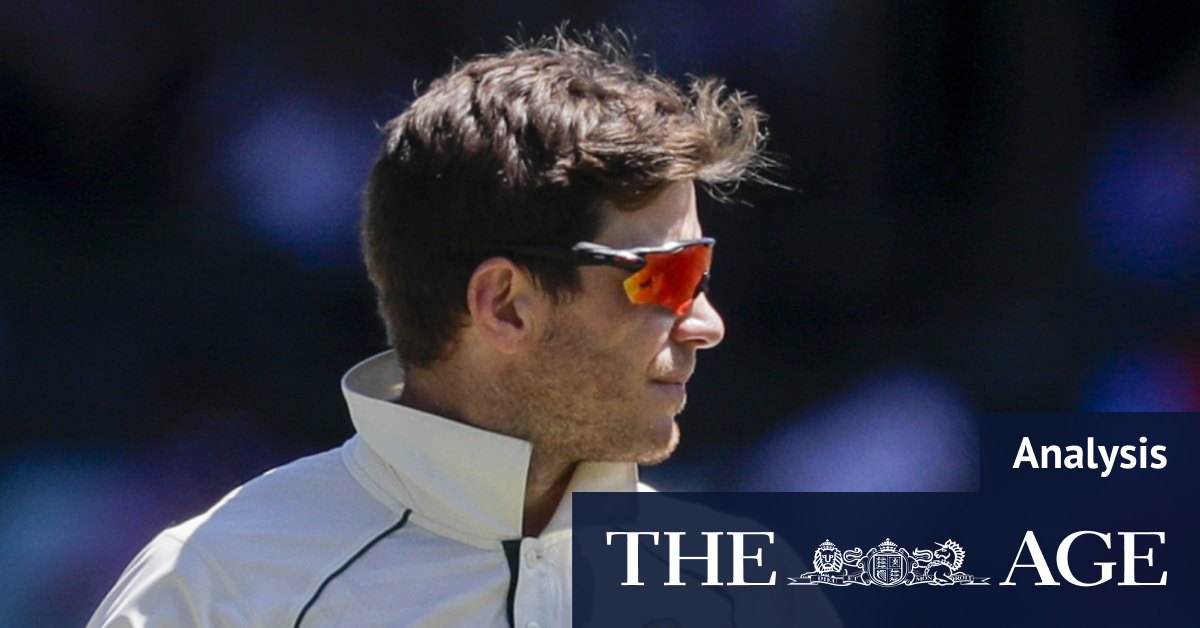 Paine’s on-field indiscretions – including the sledging incident with India’s Ravichandran Ashwin, dropping a catch moments later and also being fined for dissent for demanding umpire Paul Wilson show some “f—ing consistency” – left him red-faced but were far from sackable offences.

But there is also no clear candidate to take over, despite the support for Pat Cummins, Australia’s most bankable player on and off the field.

The skipper’s struggles this summer to juggle the captaincy with his primary on-field job – to keep wicket – would only be transferred to fast bowler Cummins if the change was made.

Trevor Hohns was liberal in his praise for Paine, both in CA’s official statement and in his press conference, even taking a thinly veiled swipe at Gavaskar.

“And I must say, too, some of the criticism he’s had to endure in our view has been pretty wide of the mark. In particular, some of it has been in poor taste from overseas people,” Hohns said.

“I think Tim has been unfairly criticised in this instance. Sure, we’re all disappointed with the performance of the team and losing to India out here. That’s very difficult to accept sometimes, but I think the criticism of Tim Paine has been totally unfair.”

On Cummins, Hohns was not as effusive, saying he was confident the paceman could take over in “certain circumstances” in the “short term”.

No player would knock back the chance to lead their country but even those who know Cummins well doubt whether he has the appetite to deal with the off-field issues and responsibilities that accompany the role? That’s not even to mention the ceaseless dilemma on the field of how Cummins the captain would manage Cummins the go-to man with the ball.

There is an heir apparent for Paine with the gloves in Alex Carey but not so with the leadership. The furore over Steve Smith’s shadow batting, and his sensitivity to the public backlash that ensued, will not fill CA’s top brass with confidence that he could resume in the role.

Travis Head cannot nail down his place in the XI. Yet. Marnus Labuschagne has no captaincy experience. Yet. The longer Paine stays, the more time both have to mature and develop.

“Over the last week or two, there have been various names thrown up and, let’s face it, we’ve got to canvass all those options and try and come up with a leader or a group of leaders … which could take Australian cricket forward,” Hohns said.

Elsewhere in the side, selectors are also planning very much for the here and now. This is not a team on the rebuild or even a side in regeneration but one that is fully furnished, ready to go.

Of the XI likely to take the field for the first Test in South Africa – at a venue and date to be confirmed – only Will Pucovski and Cameron Green were not part of the successful Ashes defence in 2019. And both were not speculative picks with an eye for the future, having demanded their places through a mountain of runs.

Age may have helped Head, although at 27 with 19 Tests under his belt his apprenticeship in the baggy green has long finished.

Head is the “frontline contender” to take over the No.5 place, although Pucovski, who made his debut as an opener, is also in the frame to bat in the middle order if he recovers from his shoulder injury.

Paceman Jhye Richardson is blessed with the speed and swing to be capable of challenging the incumbent Test quicks but will have to be content to make his return to the national set-up via the Twenty20s.

Though Hohns hinted more consideration would be given in future to rotating the quicks, the selectors are adamant they could not have done more to avert this summer’s failure.

“We’ve reviewed it amongst ourselves and I’m sure each one of us individually would have reflected on the performance a) of the team and b) whether there was anything we could have done any differently,” Hohns said.

“And if I’m serious, I can’t think of anything else we probably could have done during that series, player-wise.”