Breaking News
Home / Technology / Ask and you shall receive, with voice-controlled remotes for your TV

Ask and you shall receive, with voice-controlled remotes for your TV

admin 4 weeks ago Technology Comments Off on Ask and you shall receive, with voice-controlled remotes for your TV 11 Views 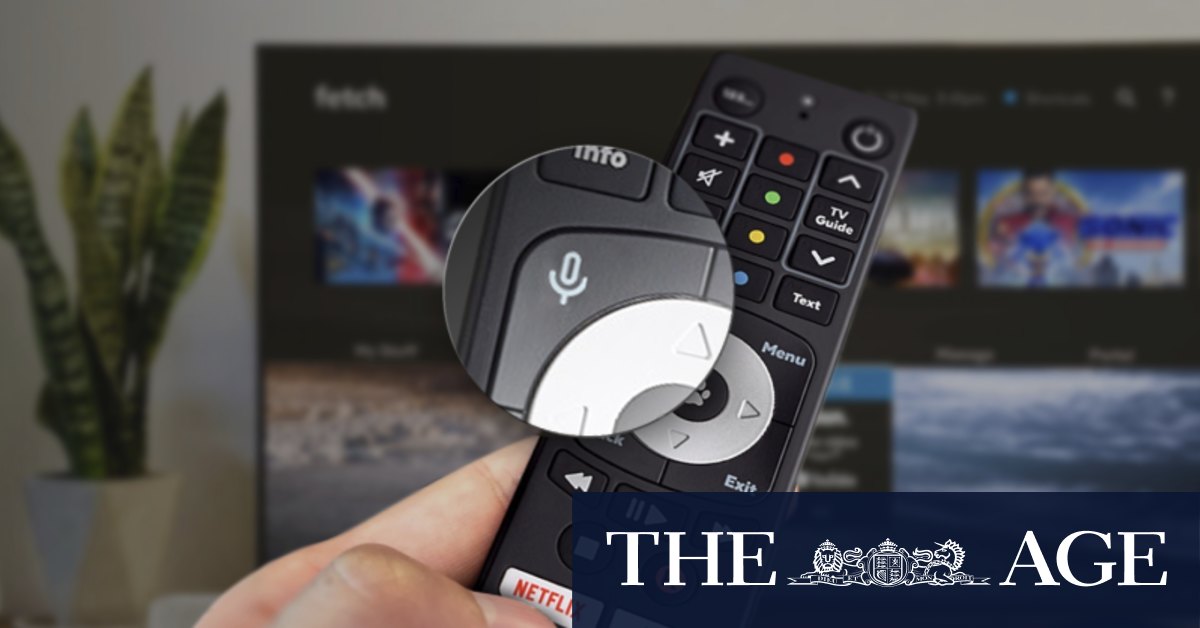 To be honest, voice commands are sometimes more trouble than they’re worth. If you don’t get what you asked for first go, and you’re forced to scold the television like a naughty puppy, it would have been easier to just press a few buttons.

The fact smart remotes have built-in microphones, rather than expecting you to shout at a speaker across the room, improves their accuracy. Even then, you wouldn’t bother for simple tasks such as play or pause, considering you’re already holding the remote.

Voice commands make more sense when you’re doing something more complicated, like searching for a specific movie or TV show. Most smart TV platforms offer “universal search”, which trawls through a mix of streaming services rather than forcing you to search them one by one.

Ask the Fetch TV to “Play”, “Watch” or “Fetch” Stranger Things and it knows exactly what to do; launching the Netflix app and jumping straight to the Stranger Things page so you can pick up where you left off. If you’re browsing, you can also search by actor or director.

If it finds more than one option, it displays Fetch’s universal search results, even checking movie rentals, the TV guide, catch up and your library of recordings.

Talking to your television is a lot less mucking around than finding the Netflix search menu and pecking away at the onscreen keyboard. Especially when you can’t be bothered getting off the couch to fetch your glasses.

One shortcoming is that when you jump straight to Stranger Things with a voice command, Fetch TV automatically uses the primary Netflix user profile. If that’s you, you might find that some else’s trashy taste in television — perhaps indulging in a late-night “play Tiger King” marathon — could really screw up your Netflix recommendations.

Also keep in mind that, like Foxtel’s iQ4, Fetch TV doesn’t have a full built-in smart assistant like Google Assistant, Amazon Alexa or Apple’s Siri. This means it can’t handle more general queries; ask “what’s tomorrow’s weather?” and it just searches for content with that name.

One surprising quirk is that Fetch’s voice search button doesn’t work within some streaming apps. So if you’re watching Stranger Things you can’t press the button and ask for something else unless you exit Netflix first. To be fair, Foxtel’s iQ4 has the same limitation, although Fetch says Netflix voice integration is on the roadmap.

If you’re sick of scrolling through search menus, a voice-controlled smart remote might make for the perfect lounge room companion on a lazy weekend.

Adam Turner is an award-winning Australian technology journalist and co-host of weekly podcast Vertical Hold: Behind The Tech News.

A new generation of Wi-Fi to improve your home network

Wi-Fi 6 debuted in 2018 but reached the mainstream only this year, when it became …