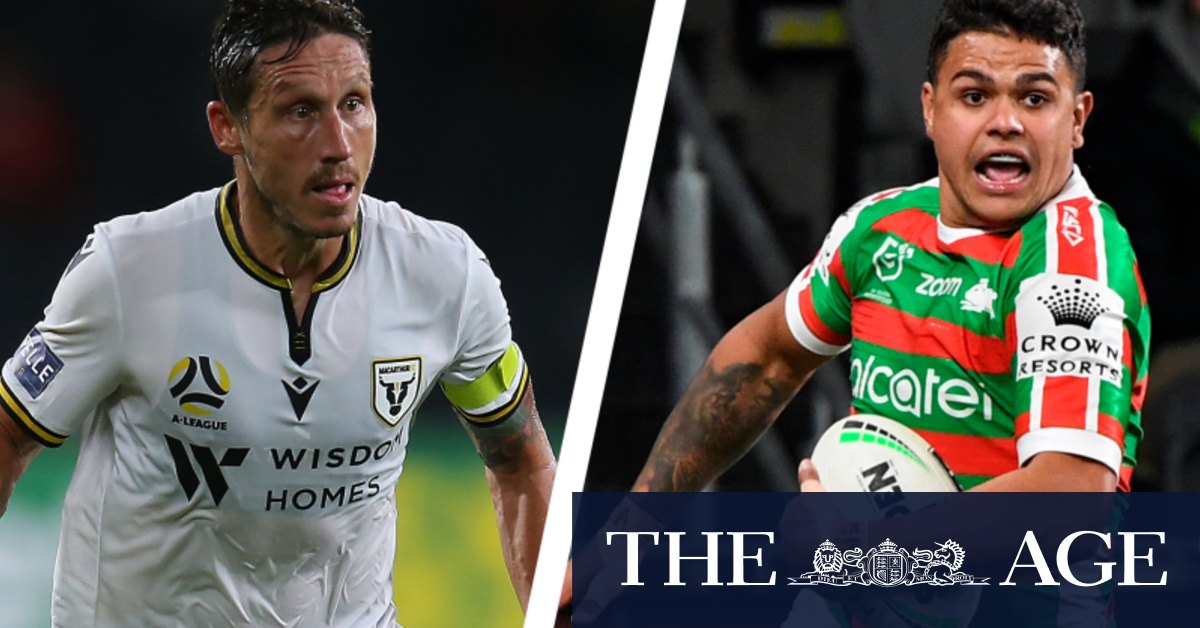 “There really are endless opportunities for both clubs, and potential members and corporate partners, to leverage this relationship and we’re all excited to see where we can take it,” said Souths chief executive Blake Solly.

“It’s been an absolute pleasure working with Gino [Marra, Macarthur chairman] and his team on this partnership, we wish the Bulls the best for the season and we’re looking forward to growing our base in south-west Sydney to greater scale over the coming years.”

Marra said of the Rabbitohs: “They’re a great brand, a phenomenal club – the oldest club in the NRL, and we’re the newest club in the A-League. It’s different markets, we don’t compete for the same customer, we’ll be complimentary to each other.”

Rabbitohs gear will also be sold at the Bulls’ impressive new club shop, which was officially opened on Thursday at Macarthur Square.

The Bulls are hopeful the shopfront will help them build stronger community awareness in the south-west, with their outreach efforts so far blunted by the pandemic.

Macarthur had crowds of 4538 and 2609 in their first two games at Campbelltown – both played close to the peak of the latest COVID-19 outbreak – and are on track for a similar number when they meet the Sky Blues on Saturday, their first ever home derby.

The build-up has exposed a rift between the two nascent rivals, with Sydney fans furious at being charged $50 to sit in their designated away section – roughly double what most clubs ask of opposition supporters. The cheapest adult tickets available are $45.

Sydney chief executive Danny Townsend tweeted last week: “I share your discord. I have raised my concerns with the club directly and it is clear they want to use the Covid limited seats to fill with their own fans and if any of ours are willing to pay a premium to attend they don’t seem to care. Watch on Kayo or @TheStarSydney.”

Despite the rancour, the Bulls say they had maxed out their permitted crowd of 4000, which is 25 per cent of the stadium’s seated capacity, but restrictions have since lifted and more tickets will be made available in the coming days.

Marra defended the club’s pricing, saying tickets were more expensive because the extra COVID-related requirements around security, cleaning and police made their stadium rental economics challenging.

“Sydney can worry about their own club and we’ll worry about ours. We know what we need to do,” he said.