Labor disunity on display, but there’s logic to the reshuffle

admin January 28, 2021 Federal Politics Comments Off on Labor disunity on display, but there’s logic to the reshuffle 19 Views 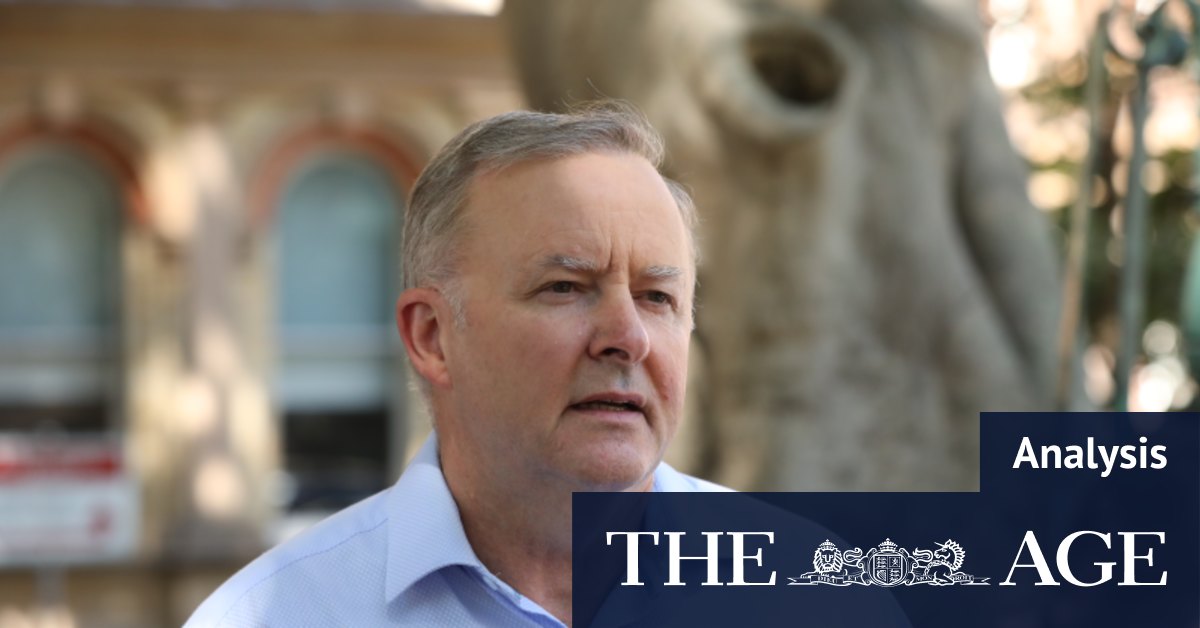 Out of power in a pandemic that has taken Prime Minister Scott Morrison to stellar approval ratings, some caucus members seem convinced they are on the path to defeat. Yet their malaise only makes that defeat more certain.

Labor’s disunity was on display in the way Albanese had to bring forward the reshuffle to Thursday. His original plan was to announce it this weekend. Some blame treachery, or merely mischief, for the way the news about Butler was leaked on Wednesday night.

There is logic to the reshuffle despite the unhappiness.

First, it creates the new portfolio of national reconstruction to attack the government on job creation in the wake of pandemic. This makes sense. It plays to Labor’s strengths in employment and skills.

Richard Marles is the biggest winner from the reshuffle. Previously in defence, the deputy leader now takes the reconstruction portfolio and can pull rank on the economy, jobs and industry.

Another winner is Ed Husic, a good communicator who gains industry and innovation, an area he knows well.

Second, the changes ease the internal anger over climate change. Chris Bowen is a smart choice to replace Butler: he is committed to action but can bring a new tone to the debate after the disputes of last year over gas, coal and emission targets.

With Bowen in climate and Madeleine King from Western Australia gaining resources as well as trade, the opposition can start again on questions such as whether new gas fields should go ahead.

Butler’s friends say he volunteered to move after seven years in climate. Albanese says he made the call. Whatever the spin, the outcome is a concession to those who thought Butler was pushing too hard on targets.

Albanese restated the party’s net-zero emissions target for 2050 but was cagey on an interim target for 2035. Labor’s policy at the election will depend on the Glasgow climate summit later this year.

‘Albanese settled a few scores and deepened a few grievances.’

Third, the reshuffle forms a new team on health. Butler brings experience into this job because he was minister for ageing in the Gillard government. He will be joined by Clare O’Neil, who becomes aged care spokeswoman. She is said to be unhappy at being moved out of an economic portfolio, but her new job is a big one in a pandemic.

Albanese settled a few scores and deepened a few grievances. Tanya Plibersek kept education but lost skills and training to Marles, which limits her say on big policies such as the future of TAFE. There was nothing in the reshuffle for Bill Shorten, who led a powerful charge against the government on robo-debt.

One of Shorten’s allies, Kimberley Kitching, was slighted. The Victorian senator was shadow assistant minister for government accountability, a role with scope across portfolios. Now she is responsible for government services and the NDIS, working with Shorten.

This duo may do great work, although Kitching’s friends say she was quite effective on her own.

Those who are close to Albanese say his talk of winning the election is founded on good internal polling that shows only a percentage point or two between Labor and the Coalition. “We’re genuinely close enough, if we’re good enough,” says one MP.

The challenge is getting others to believe it.

The reshuffle makes sense for Labor on many levels. But if it cannot unify them, it cannot work.

Previous It was used to grow rice and bananas, now the water-logged plot will accommodate the dead
Next NZ Trade Minister suggests Australia should speak with ‘more diplomacy’ in dealings with China