Labor rejects claims it is backing down on climate policy

admin January 28, 2021 Environment Comments Off on Labor rejects claims it is backing down on climate policy 10 Views 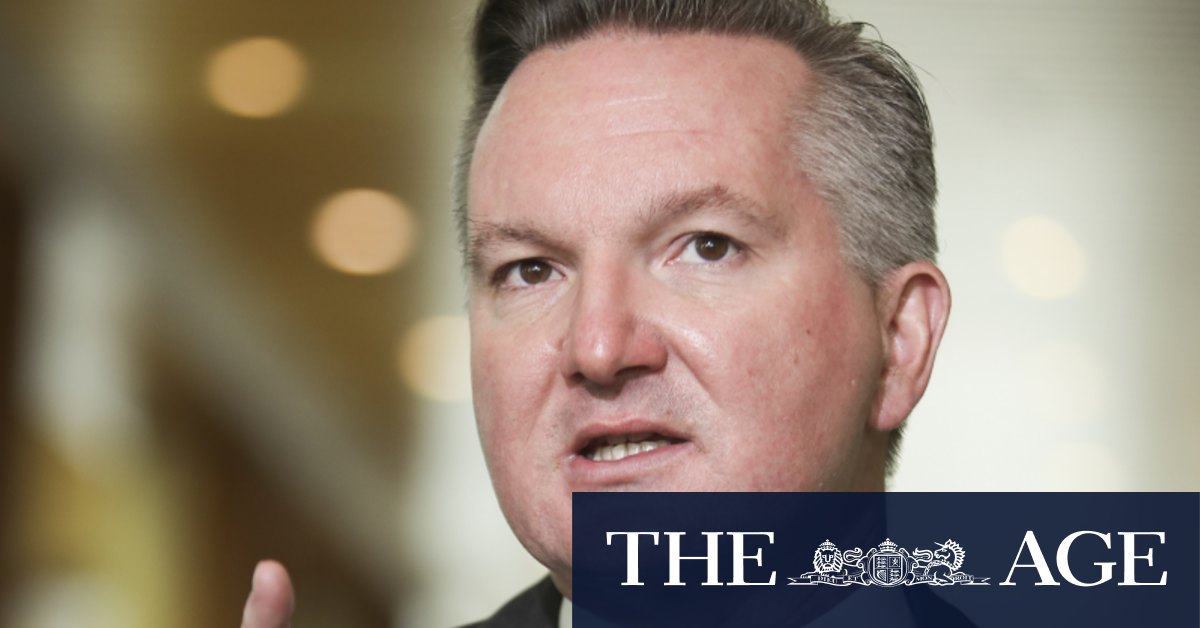 “Climate change is real. Last year, we not only got to see it, we got to feel it. The idea that you can just wish it away is just not real.”

Mr Albanese said Labor had not finalised its position on a 2030 emissions reduction target.

“We will have a clear policy framework out there for all to see well before the election. It will be consistent with net zero by 2050,” he said.

Mr Butler is well regarded in climate activist and science circles and known as passionate and knowledgeable on the issue, and some figures voiced concern about the appointment.

Joel Fitzgibbon, Labor’s Hunter Valley MP who quit his frontbench position so he could more freely advocate for support of coal mining communities, welcomed the appointment of Mr Bowen, which he said would “send a good message to our traditional base”, but warned that “changing the jockey won’t be enough”.

“We need to demonstrate a new policy pathway and dramatically change the narrative,” Mr Fitzgibbon said.

“We can’t have working people believing our policies place their jobs under threat.”

Mr Fitzgibbon said Labor should maintain its commitment to net zero emissions and reject calls to form medium-term emissions reduction goals – which are being called for by Labor’s progressive supporters.

Felicity Wade, who leads the Labor Environment Action Network, rejected the suggestion that Labor was backing down.

“To see shifting Mark Butler out of the climate change portfolio as a sign that Labor is retreating on climate is a complete misread. Australian climate politics are a bloody mess and a fresh voice and approach will be positive as Labor articulates its plan to embrace the economic opportunities of building a low carbon future.”

Mr Bowen said climate change was the “defining health threat” of the 21st Century, but addressing it also presented an opportunity to create jobs for the two million Australians out of work.

“As global markets shift away from carbon-intensive industries, we can stand by and allow Australian jobs and communities to be decimated,” Mr Bowen said. “Or we can embrace new industries and create hundreds of thousands of jobs in the suburbs and regions – all while reducing emissions and improving energy affordability and reliability.”

Greens leader Adam Bandt described the move as a “coal-fired” reshuffle. “As we saw in 2010, Labor giving up on climate action will see Labor voters switch to the Greens because Labor voters don’t want their party’s policy set by the coal lobby,” he said.

Environmental economist Professor Frank Jotzo said the greatest challenge for Labor and the government was to spell out a strategy for maintaining economic prosperity during the transition to a net zero economy.

Professor Jotzo, a lead author on two UN Intergovernmental Panel on Climate Change reports, said as the Glasgow UN climate talks set for November approached the world now expected Australia to commit not only to a mid-century net zero targets, but to more ambitious 2030 emissions reductions.

At present the government has committed to reducing Australian emissions by 26 to 28 percent by 2030, but according to Professor Jotzo a target in keeping with a long term net zero goal should be somewhere in the late 30s.

He said he confidently expected the Biden administration to soon announce a new 2030 target, which he expected to be in the 30s. At present the US has a target to reduce emissions by 26 to 28 per cent by 2025.

“That will become the single most important reference point for Australia,” said Professor Jotzo.

The changes come as the Biden administration ramps up its climate change action, announcing that it will hold an international climate summit on April 22 and signing executive orders to freeze new oil and gas leases on public lands and double offshore wind-produced energy by 2030.

The new president declared that climate change was an existential threat that was not being addressed with sufficient urgency.

Mr Biden’s climate envoy John Kerry said after the signing that the president had made climate change, “central to foreign policy planning, to diplomacy and to national security preparedness.”