Operation White back: Knee injury cost Saint her other job 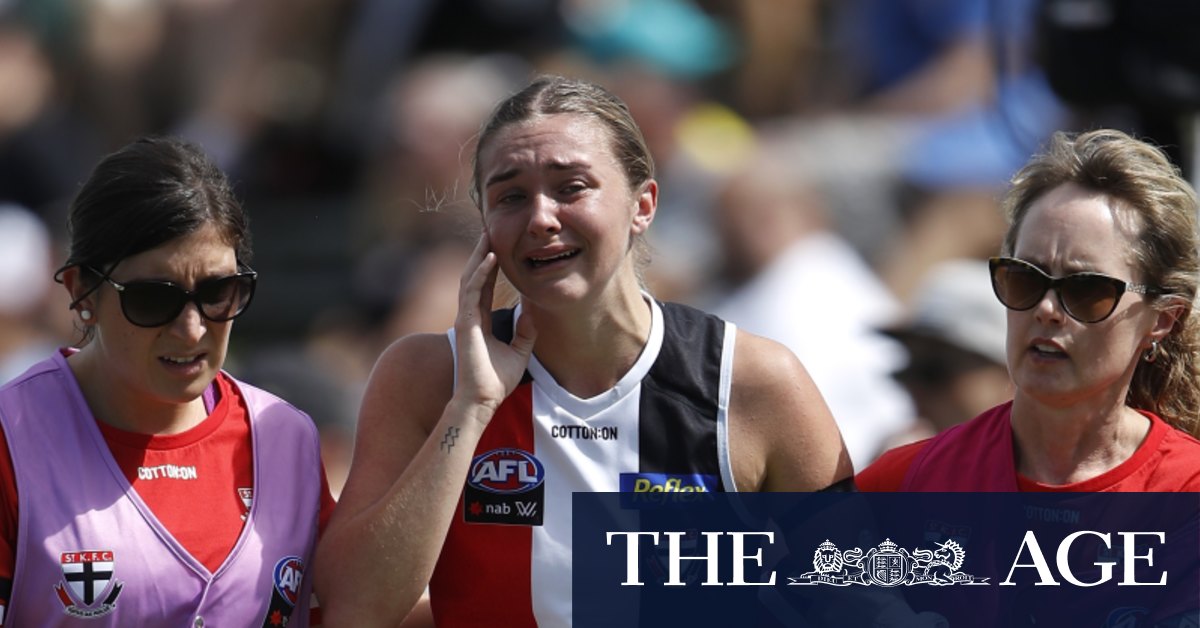 She’d broken her nose on the shoulder of teammate Clara Fitzpatrick in round one and then broke it again the following weekend. Then came the second ACL injury, hard enough for anyone, let alone a teenager working a part-time job who had chosen to nominate for the Victorian draft pool despite being from Brisbane, a decision made in the name of personal growth. Little did White know just how much her reserves of resilience would be tested.

Her rehabilitation was going OK, but then Melbourne went into hard lockdown.

“I was living in Mentone, before I moved over to the other side of town, and that was when I was able to see my SnC coach, because he had a home gym set-up,” said White.

“And then I moved over to Brunswick and the five kilometre rule limit arrived and I was like ‘oh this is it, I’m done.’”

But she wasn’t. The Saints organised for her to see Mitch Greaves, a rehab specialist in Footscray who works with Carlton’s women’s team.

“The rehab’s not that bad to be honest. It’s all mental. Just doing the extras that probably grind away,” White said.

St Kilda provided a heap of support, both physical and psychological, and was a sign of the Saints’ cultural shift of recent times.

“I was heartbroken. But I remember, when I got off into the changerooms, the Saints’ men’s captain Jarryn Geary came down from wherever he was watching, and he came down and put his arm around me and asked if I was OK,” White recalls.

“I think in that moment right there I realised that I wanted to be at St Kilda for a very long time. Because of how authentic it was, to realise that this was a men’s player, he doesn’t have to do that but he’s just shown the love and the care, what the club’s about.

“A few of the boys are in touch asking how you’re going. You see them around the club and feel like you’re not just a ghost. It’s really nice. When someone famous remembers your name, it’s pretty cool.”

Life is now going well again. White is loving her personal training work and Melbourne has opened up – to football crowds no less. White is ready to return to the scene of her devastation when the Saints begin their second campaign against the Western Bulldogs on Friday night. She is hoping to take small strides this year, aware that the stakes – personally at least – are high.

“If I do another one it’s probably career-ending.”