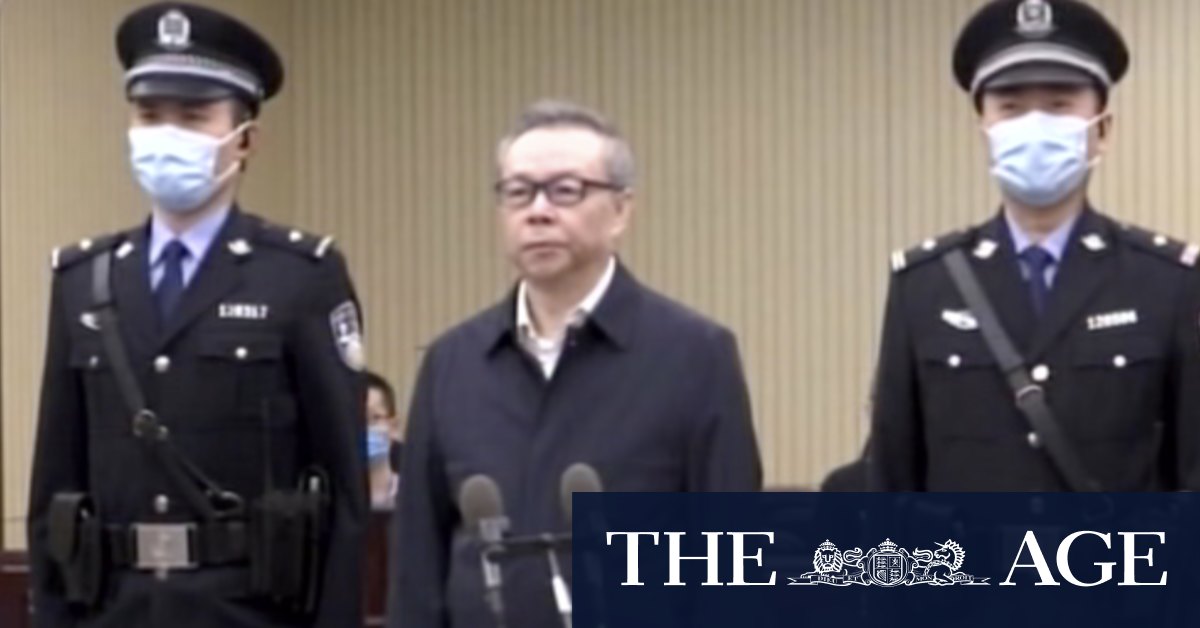 Lai asked for or collected 1.8 billion yuan ($340 million) over a decade, the court said. It said one bribe exceeded 600 million yuan. He also was convicted of embezzling more than 25 million yuan and starting a second family while still married to his first wife.

The death penalty “was his own responsibility, and he deserved it,” the commentary said.

Most death sentences imposed by Chinese courts are suspended for two years and usually are commuted to life. Death penalties without the chance of a reprieve are rare.

Huarong is one of four entities created in the 1990s to buy non-performing loans from government-owned banks. They expanded into banking, insurance, real estate finance and other fields.

Lai was placed under investigation by the ruling Communist Party’s anti-corruption watchdog in 2018 and expelled from the party later the same year.

Investigators seized hundreds of millions of yuan in cash from Lai’s properties, the Chinese business news magazine Caixin reported in 2018.