Hardwick has tarnished his leadership at Tigerland

admin January 29, 2021 AFL Comments Off on Hardwick has tarnished his leadership at Tigerland 12 Views 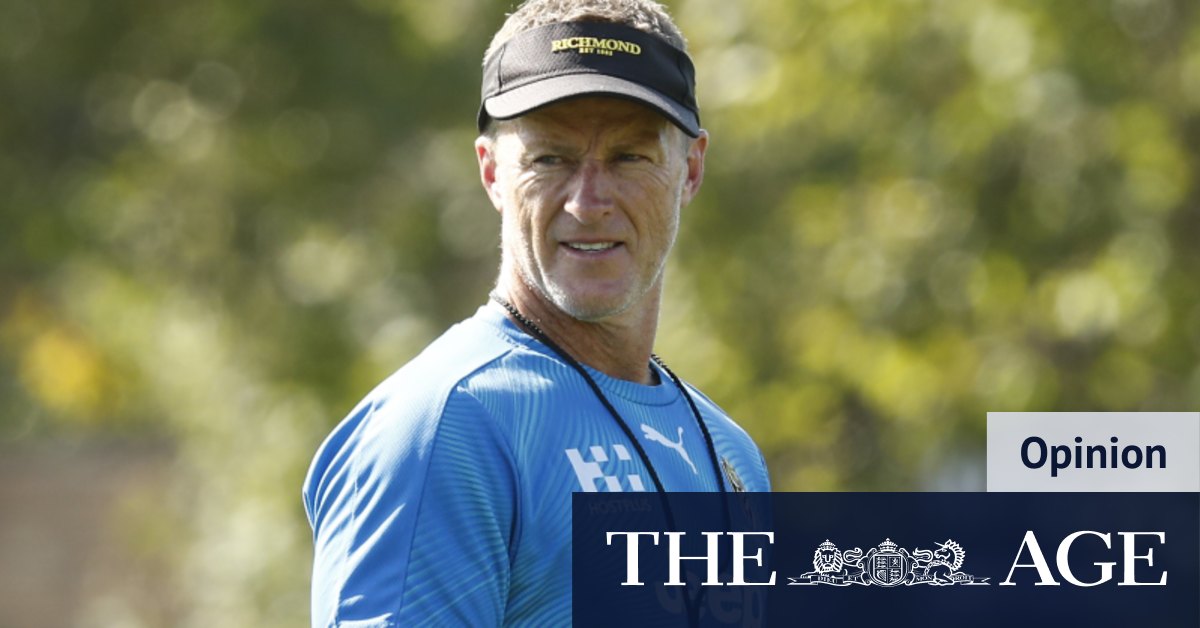 Most importantly the lines have been blurred where accepted workplace practices are concerned. Again the club line has been found wanting. Alexandra Crow might be an impressive marketing official in charge of elite club supporter groups but the power imbalance between her and Hardwick is stark.

Neither he nor Crow reported the relationship, which was only revealed when the rumours became so rife that CEO Brendon Gale asked the question of the coach.

President Peggy O’Neal and chief executive Gale have rightly pointed for some years to Richmond’s strong organisational culture and core values. Gale has often said he has been as proud of the manner in which players have carried themselves as of how they have played. That they now give the Hardwick-Crow scenario a tick because they work in different departments is frankly laughable given the coach’s influence across the entire club.

It is telling that the Tigers cannot guarantee Crow will remain at the club although they insist that choice will be hers alone. If it came to it, good luck selling the story of a woman yet again sacrificing her job ahead of a man.

But then the Hardwick controversy highlights the recurring hypocrisy across big organisations and specifically in this case football clubs when it comes to political correctness. You can’t help but wonder whether the coach might have been in more trouble if his name was Simon Goodwin or Leon Cameron. Or an assistant coach.

And there is no doubt sacking Hardwick would have proved a lot tougher than the alternative. Not only would that have created a costly legal thicket for the club but removing a premiership coach in his prime because he fell in love with a colleague would not wash with members, supporters and some sponsors eyeing off a three-peat.

Richmond insist it never considered sacking him, a decision backed by the six club CEOs contacted who say they would have done the same. Still the Hardwick story provoked a serious conversation several weeks ago between AFL boss Gillon McLachlan and Gale. McLachlan reluctantly forced two married league executives – one whom he counts among his closest friends – to resign back in 2017 due to workplace affairs.

And yet head office, perhaps uncomfortable regarding its own more recent history, will not take any form of position on Richmond’s issues, saying it is for the club to handle. Disappointingly, when comparing itself to the AFL, another Richmond line is that the AFL is the game’s regulator and therefore justified in the tougher stand it took.

This too seems flimsy when you consider the role of the senior coach as teacher, mentor and guide to so many impressionable young men. Particularly one who publicly adopted his wife as his moral compass and created “Mrs Hardwick” as a major part of his brand as well as her private role as a key part of the Tigers family.

Stronger feminists than this columnist were never comfortable with “Mrs Hardwick” never having a true voice or even her own name. No one asked Hardwick, never comfortable with the media, to evoke Danielle regularly in his media conferences and make her such a big part of the story – crediting her with such a major role in turning his career around, even joking about their sex life.

Even so, I loved it when, on the 2017 premiership dais, the winning coach became the first in the game’s history to thank his wife straight after the game.

Konrad Marshall’s chronicle of the journey to the 2019 flag speaks of how the coach held up a large rock inscribed with Danielle and family, revealing them as his key motivation. As recently as last June, after one of his many 2020 public missteps, it was “Mrs Hardwick” who told the coach he had behaved like a goose in criticising John Longmire’s tactics. You have to wonder how many people within the club – including players – felt duped when the truth came out.

Affairs of the heart like so many private issues are difficult to write about in the context of a large sporting organisation but no one can deny this situation has rocked the Tigers and therefore is fair game. It is intriguing that the club has still not put Trent Cotchin in front of the media after wife Brooke’s pointed social media commentary over Christmas.

Jack Riewoldt’s “business as usual″⁣ claim belied the difficult conversations Hardwick has undertaken with his players and his shrinking group of coaches. And you can’t help but wonder whether the fall-out from marital breakdown and workplace affair will impact on the coach’s relationship with his players when connectivity has been such a major player at Punt Road.

Hardwick has revealed his vulnerabilities before but surely now he has relinquished the high moral ground upon which he once lived with his wife and family. It is difficult to predict how his authority will endure, particularly when demanding transparency from his players and coaches.

But then so much off-field went wrong for Richmond in 2020 and look how that turned out. Hardwick’s rapsheet alone saw several instances of bad sportsmanship, blaming the MCG ground staff for a poor team performance, an initial refusal to guide his team in adapting to COVID, cruelly belittling David Schwarz and bizarrely almost missing lining up with his team for the national anthem in the Tigers’ first final.

Perhaps his personal turmoil contributed to his sometimes strange behaviour, which culminated in one of the great grand final coaching performances. Perhaps the club and what it has achieved under Gale and O’Neal can prove itself bigger than the coach and his issues.

For those of us who have celebrated the fairytale at Tigerland, the good memories will endure but the story has changed. And as much as those major characters who played their part in the resurgence wish he hadn’t, it is the coach who has rewritten it.