admin January 29, 2021 Business Comments Off on How I learned to stop worrying and love Twitter’s Trump ban 10 Views 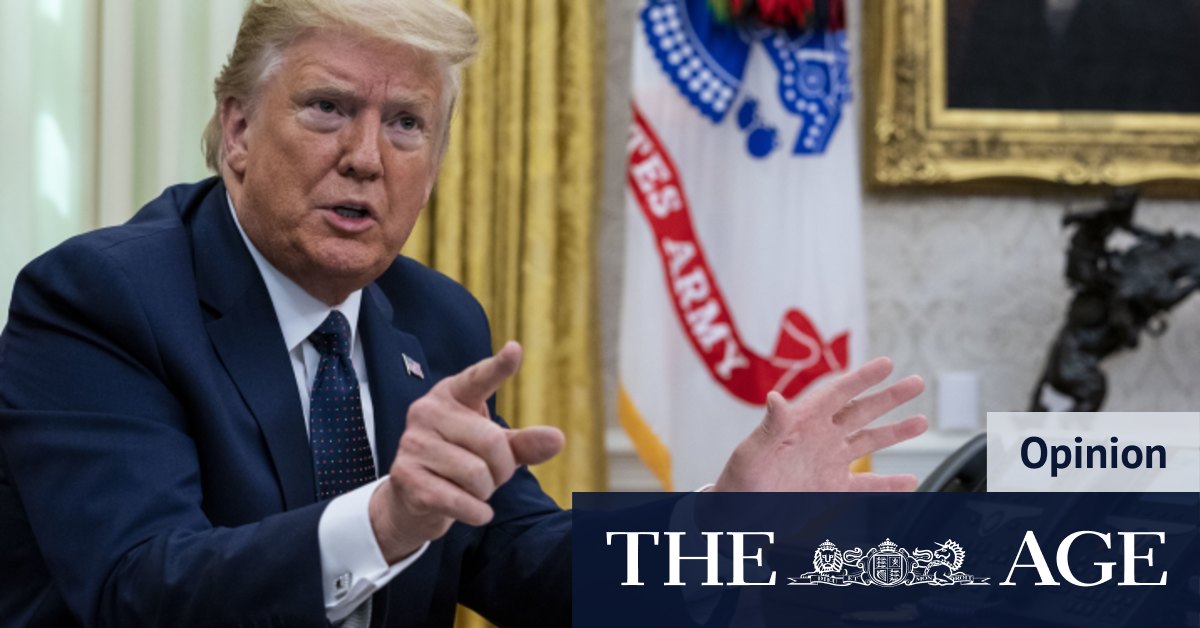 Now, instead of worrying about the precedent Twitter set by “permanently suspending” the president, I lament all that might have been if Trump had been banned sooner. And I believe there’s only one lesson Silicon Valley’s luminaries should take away from Trump’s calamitous time on Twitter — it is a cautionary tale about all that can go wrong when digital innovation is stretched far beyond its original purpose.

Twitter was never meant to be used the way Trump used it, as an all-purpose bullhorn for governing a superpower, and as a result the company often found itself having to create special rules just for the president. Ordinary users might be punished for harassment or threats of violence, for instance, but Twitter gave “world leaders” like Trump special permission to behave badly. The company reversed course only after Trump’s supporters stormed the US Capitol; Trump’s tweets following the riot risked “further incitement of violence,” it said.

Trump’s case may be unique, for now, but why risk a replay? If I ran the company I’d push to make sure Twitter can never be used the way Trump used it.

Typing out one’s thoughts about war in shorthand while fuming at the TV … perhaps leave that to folks who can’t end the world with the push of a button.

The rule need not be partisan. Something far simpler would suffice: Heads of state should not be allowed to tweet. The most powerful person in the world’s most visible lever on power should not be 280-character chunks of tossed-off thoughts published instantly, without review, on a medium run by a private company whose secret algorithms are designed to encourage outrage and reward cheap dunks.

The nation’s chief executive should have better things to do. If the president wants to speak, then he should go to a podium, issue a news release, talk to a reporter, buy an ad, or summon the networks to the Oval Office. Typing out one’s thoughts about war in shorthand while fuming at the TV … perhaps leave that to folks who can’t end the world with the push of a button.

What turned me around on the wisdom of banning Trump from Twitter?

There are two reasons. First, Trump’s absence has clearly altered the medium for the better. Since @realdonaldtrump went dark, a vague but palpable seriousness has fallen over Twitter, and consequently over the news. I sense less distraction and misdirection, more space for contemplation, nuance, complexity and honesty.

Twitter is different for everyone, so my impression could be off base. But I’ve seen many users echo this observation. “It’s striking how much less noise there is in US politics — even during an extraordinarily turbulent time — without Trump’s constant flow of unhinged tweets,” Brian Klaas, a professor of global politics at University College London, tweeted this month. One research firm found that misinformation about election fraud plummeted after Trump was kicked off.

None of this should be a surprise. Just about every day since the summer of 2015, Trump used Twitter to worm himself deeper into the consciousness of mainstream journalism, jumping from reporters’ phones to live rent-free in our heads. Now it feels as if the noisy squatter has run off into the night, and in his wake something precious has returned: cognitive space to better understand what’s actually happening around us.

The other reason I’m OK with the ban is that Biden’s incoming team has avoided governing by tweet, and the contrast with the Trump White House has been revelatory. Every weekday since Biden took office, Jen Psaki, the new White House press secretary, has held lengthy, livestreamed news conferences with the White House press corps.

There’s nothing innovative about these affairs — they are the sort of briefings White Houses have always done, at times informative and at times evasive — but compared to the tweeted musings of the previous administration, the Psaki briefings leave the impression of a White House straining to be straight with its citizens.

Since @realdonaldtrump went dark, a vague but palpable seriousness has fallen over Twitter, and consequently over the news.

Trump often praised Twitter for giving him a direct line to the public, but his tweets often diverted attention away from these more substantive forums; Stephanie Grisham, one of his press secretaries, spent eight months on the job without holding a single regular press briefing.

Trump’s banishment from digital media has predictably devolved into an argument about the tech industry’s power over free expression. It is a fear that makes sense when applied to Facebook and Google, which duopolistically dominate the internet ad business and control many of the popular services online, like YouTube or Instagram.

But Twitter is neither a monopoly nor even really Big Tech; the company is worth about one-twentieth of Google’s market cap, and its user base is about a tenth the size of Facebook’s. Twitter gains its influence not from its size but its specific audience niche — because it is the social network of choice for journalists, it has become the social network of choice for politicians, activists, brand marketers and others looking to influence the news.

But I don’t see why giving politicians unlimited access to a platform tailor-made for spreading propaganda is so great for governing. The Pew Research Center reported this week that while the 116th US Congress barely passed any substantive bills, its members collectively set records for their activity on Twitter. That dismal fact has to be seen as a legacy of Trump’s tweets — lawmaking, now, is more a matter of going viral than getting anything done.

That’s not a trend I’d like to see continue, and it’s one we can put to bed without much consternation. Twitter is better without Trump, and if it wants to keep kicking off more politicians, I’m not going to lose much sleep over it.

That view could change this week, when the government issues its latest consumer and wholesale …