Jarryd Roughead: ‘You die twice as an athlete’

admin 4 weeks ago Sport Comments Off on Jarryd Roughead: ‘You die twice as an athlete’ 12 Views 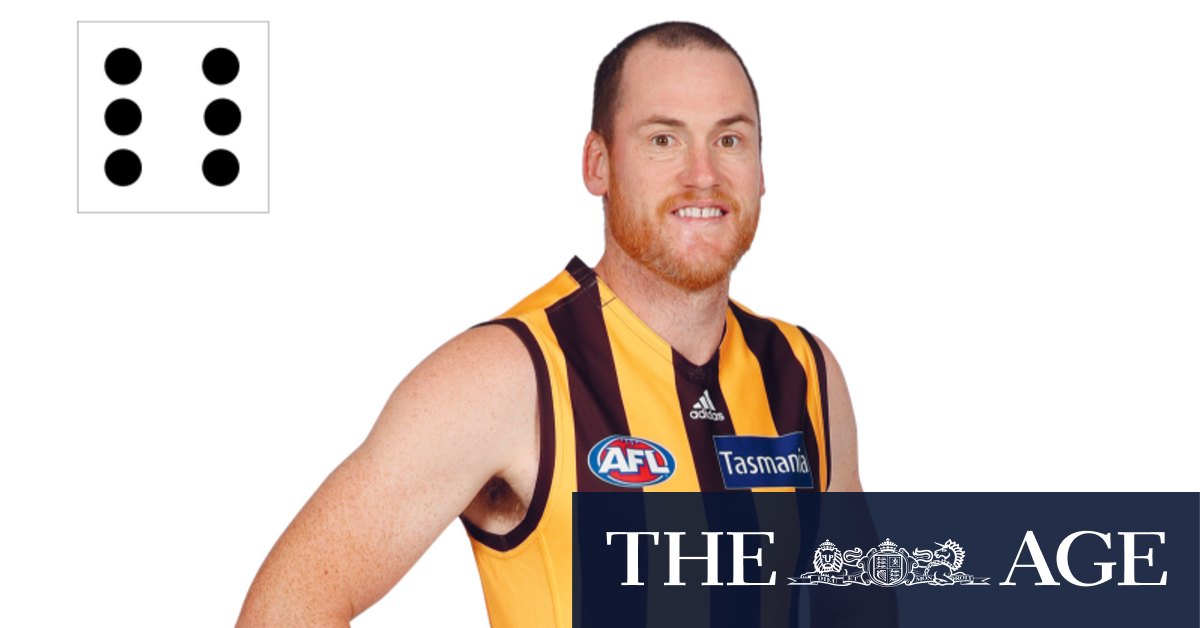 In those days, what was your yardstick of whether someone was rich? A car with a blinker on the left of the steering wheel. If you have a blinker on the left, it’s a European car, which you don’t see too much of in the country. Now I live in Hawthorn East. Audis and Vee-dubs and all those top-notch cars everywhere.

You didn’t grow up with much, but then you would have suddenly made a lot of money playing AFL. How dangerous is that for a young person? Very dangerous! In today’s world, if you’re a first-round draftee, you’re on close to 100 grand. You can fall into a trap of thinking you’re just gonna be able to get that kind of money for the next 20 or 30 years of your life.

How did you avoid that trap? When you understand the average lifespan of a pro AFL footballer is only four years, you knuckle down and respect it. If you have the people around you – in terms of managers and family members – promoting saving, you could potentially buy your first house, which I was lucky enough to do at 19, turning 20.

What do you spend too much money on now? Food. [Laughs] When we were in lockdown, that was the one thing you still could do: grocery shopping.

Footy players start young. Many are quickly elevated to sex symbol status. Were you comfortable attracting the attention and thirst of fans? You’re definitely not used to being put on a pedestal, especially as a country boy at 17, moving to the heart of Melbourne. You’re forced to grow up pretty quick, but it can be pretty daunting.

How have fans expressed their kind of admiration of you – for better or worse? We’ve had fans asking to sign their leg or arm. Then an hour later, they’ve come back and it’s been tattooed on their body.

Wait, that’s actually happened to you? Oh yeah, with a couple of fans in Tasmania.

How comfortable are you with that level of devotion? Well, being in Melbourne, you understand footy is like religion. Fans are the ones who make the game. And we’re seeing now how hard it can be for players without them. We thrive off them.

All football codes have had scandals involving sexual assault, harassment and lack of consent. Has AFL culture and locker-room talk changed enough? They’re on the way. We’re still seeing incidents when there’s not the level of respect – or privacy – needed. If you asked me this 10 or 15 years ago, I would have said, “Definitely not.” But we’re on the road to making amends and ensuring everyone’s doing the right thing.

AFL may well be a religion in Victoria but what about traditional forms of religion? Are you religious? I went to a Catholic school, did communion and confirmation up until year 6. But then I went to a non-Catholic high school. As time went on, and sport took over, I wasn’t too eager to go to church on Sundays when I could go train or play. My kids [daughter Pippa, 3; son Will, six months] aren’t baptised. I am. My wife isn’t. So I’m not a religious person.

On the census, what do you tick under “religion”? Probably “Christianity”, just because that’s what I was told growing up. But I’m not gonna try to push it down my kids’ throats.

Where do you get your sense of community from? Well, that’s a footy club in a nutshell. Where your senses are overwhelmed, there’s a huge rush and things feel like they’re connecting? Phwoar. That’s being an athlete, I think. That sense of working towards a goal. Once you achieve it, you get that feeling.

You’ve survived cancer. You had a melanoma removed in 2015, then eight months of immunotherapy the year after. What helped you through the darker times? Being able to go to the footy club, to be treated normally and not be looked upon as “the sick boy”. It was like, “All right, Roughy’s injured – he’s not with us, but he can still help us.” They were great in that aspect.

The flipside of faith is doubt. When did you last doubt yourself?
Probably the back half of last year. I’d been playing for 15 years. To get dropped to the reserves, you start thinking about Father Time. The saying is you die twice as an athlete. Once after playing footy, then again when you’re older.

What’s the pep talk that you gave yourself? For me, it’s more perspective, after going through something like I’ve been through. If I live to 100, footy’s only 15 per cent of my life. It’s not everything.

Which of the Ten Commandments do you most break? Oh, as a footballer and father now … probably the swearing one.

To read more from Good Weekend magazine, visit our page at The Sydney Morning Herald, The Age and Brisbane Times.

Have a Good Weekend all week

We deliver the best of Good Weekend to your inbox so it’s there when you’re ready to read. Sign up for the Herald‘s Good Weekend newsletter here and The Age‘s here. Sent every Saturday.

Writer, author of The Family Law and Gaysia.

Previous As a member of a downtrodden community, I’m just asking for respect
Next Talk to the hand: how COVID gave fortune tellers the palm-off