Langer’s intense coaching style in the spotlight after testing summer 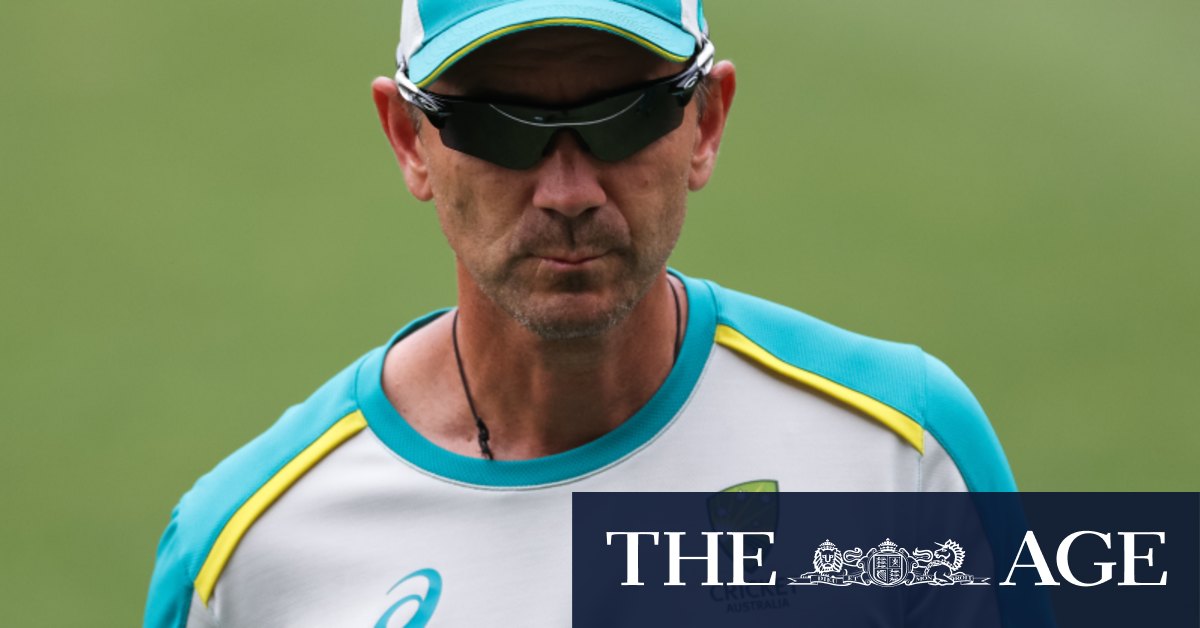 Dressing-room sources say that over a gruelling summer, Langer’s management style wore thin with some players, who on top of having to live in a bubble for months on end say they have become drained by his intensity and mood swings.

Players believe Langer means well and respect his legacy in the sport but some have turned more and more to assistant coach Andrew McDonald for support because they increasingly don’t know where they stand with the boss and have found the former all-rounder more approachable.

Sources say some senior players are frustrated at the atmosphere in the team being brought down by the coach’s shifting emotions and what they see as too much micro-management. They say that has extended to bowlers being bombarded with statistics and instructions about where to bowl at lunch breaks including during the fourth and final Test against India at the Gabba.

During the Brisbane Test Langer ordered a player not to persist with a habit of jamming a toasted sandwich in his pocket to eat on the field.

Sources say the coach’s headmaster-like manner and difficulty coping with pressure was in the summer increasingly incompatible with a team consisting largely of experienced players in their late 20s or 30s.
Langer, searching for answers to redirect a team not travelling as well as hoped against India, struggled to connect with team talks in which, sources said, he tried to motivate players by quoting his father or a famous coach such as Sir Alex Ferguson.

Contacted on Friday, Langer disputed any suggestion his relationship with players had deteriorated, saying it “couldn’t be further from the truth”. But he added that “leadership isn’t a popularity contest”.

“If players just want someone to tickle their stomachs all the time then I’m not doing my job,” he said.

He denied micro-managing bowlers. “It’s actually the opposite of what happens,” Langer said. “I never talk about statistics to the bowlers, ever. I don’t go to any of the bowlers’ meetings. That’s what the bowlers’ coach is meant to be doing.

“I don’t do any of that. I never, ever, ever speak to any of the bowlers about any of that sort of stuff. And I learnings of the last few months are I should start looking at that more.”

He said he had only ever once quoted his father, who reminded him about why he had taken the team to Gallipoli, telling him to “harden up, son” at the prospect of quarantining in Adelaide after last year’s white-ball tour of England.

Even seemingly innocuous incidents have irked some players. During the Brisbane Test Langer ordered a player not to persist with a habit of jamming a toasted sandwich in his pocket to eat on the field.

Ensuring Australian players have nothing in their pockets would appear to be sound advice and given the events of the past the coach defended the move.

“You’re walking on against India, we’re trying to win a Test match and one of our players walks on with a toasted sandwich in his hand,” Langer said. “I spoke to [the player] about it at length yesterday. I said, ‘How do you reckon it looks, mate?’ Is that not something I should say?“

The state of affairs in the team is not mutinous or unanimous in that players have not taken their dissatisfaction higher up the chain at Cricket Australia. But while they won’t say anything publicly sources say some have spoken about it among themselves since the series against India wound up.

The climate inside the Australian camp raises questions about how much longer it can remain in its current configuration, with Langer the head coach across all Tests, one-day internationals and Twenty20 internationals and one of three selectors as well.

The team will set off within the next month for a three-Test tour of South Africa unless it is called off due to the pandemic. They will be confined again to a hotel – a country club-style resort outside Centurion – when they’re not at the ground and then forced into quarantine not for the first time when they return to Australia.

As much as life on the road is part of the job and, as Langer points out, has been for years, players have spoken about the toll it takes. Until they were set free in Brisbane last week, the coach, and many of the players, had varying degrees of limitations on their movements going back to last August between a tour of England, the Indian Premier League and the home season.

The 50-year-old’s passion and desire for the Australian team to succeed can never be queried, nor can his responsibility for helping the side rise from the ground zero of Cape Town in 2018.

There are also sources close to the team who say that Langer’s intensity is a more than acceptable drawback for a figure who brings many other attributes to the table such as inspiring loyalty and valuing discipline.

But with his contract still having 18 months to run and the extra demands brought on by COVID-19 continuing for the foreseeable future, CA must decide whether to press on with the status quo or consider changes.
Langer said he was dealing fine with the workload of the position.

Previous What’s public and what’s private? Draw the line and discover delight
Next We’d sooner have fixed terms than a fixed election, thanks