The PM has transformed: now Morrison conquers from the centre

admin January 29, 2021 Federal Politics Comments Off on The PM has transformed: now Morrison conquers from the centre 24 Views 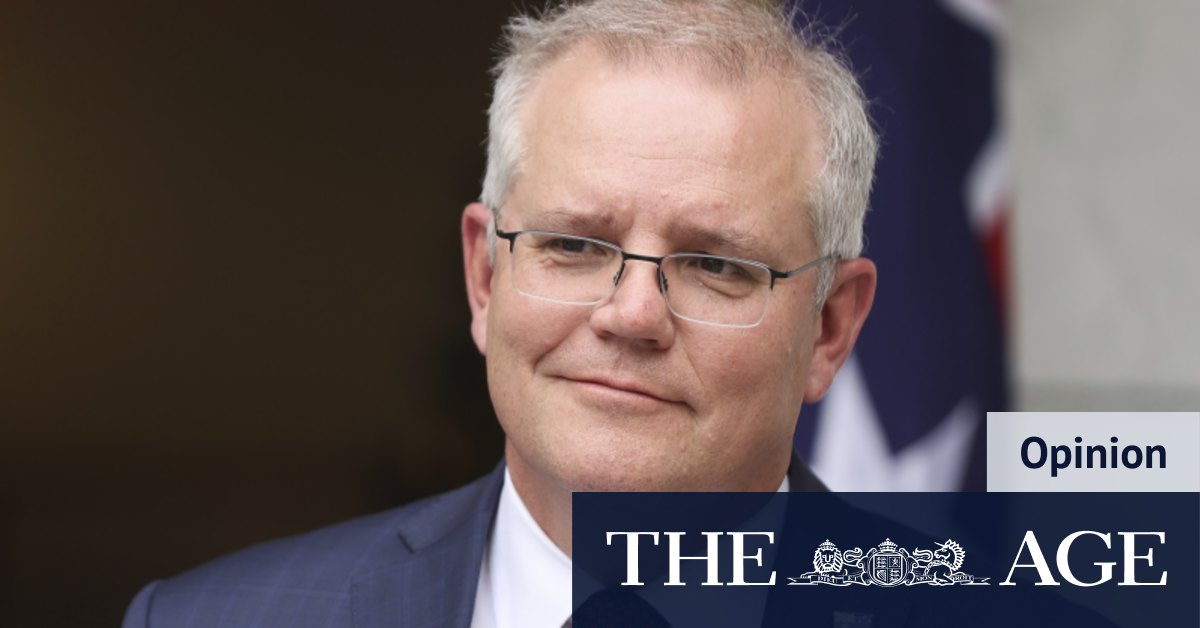 The enduring image of Morrison as treasurer is him holding aloft a lump of coal in the House, again the very picture of provocation. Then, after emerging as Prime Minister, he seemed to confirm he was mostly interested in playing political parlour games rather than problem-solving. Australia’s savage season of fire was “a matter for the states” because “I don’t hold a hose”. Hold the flight to Hawaii!

Compare this caricature of leadership to the Prime Minister today. When COVID-19 struck, Morrison took the lead and took the initiative in one of the world’s most successful pandemic performances.

The stock anti-Morrison response is that credit is owed not to Morrison but to the state premiers who closed state borders and implemented lockdowns. This is wilful evasion of reality, and the Australian electorate knows it. Just as Morrison shared responsibility by forming the national cabinet, he and the premiers share credit.

In Britain and the US, the national leaders bungled their pandemic responses. And they have been judged accordingly. Boris Johnson’s ratings have collapsed and Donald Trump lost an election. In Australia and New Zealand, national leaders managed well and have been judged accordingly. Morrison’s approval rating went from dismal to triumphal, and Jacinda Ardern won a smashing electoral victory.

Morrison discovered a whole new mode of leadership. He has transformed not only from unpopular to popular, but from divider to unifier. And he’s now seeking to extend the experience into post-COVID politics.

We see him making conciliatory gestures such as changing the national anthem to embrace Indigenous Australia. The lump of coal is long gone. We see the Morrison government supporting billions of dollars’ worth of state government renewable energy plans. We see a national hydrogen energy strategy. We see his government hastening to work with the Joe Biden administration on climate change.

You won’t hear Morrison making any big rhetorical flourishes about climate change as the “great moral issue of our time”. He enjoys his job. He doesn’t want to trigger an insurrection from his far-right, pro-coal fantasists.

But he has shifted and continues to shift. He said recently that the world accepted the need to move to net-zero emissions – “it is now about the how, not the if”.

Even when Morrison told rural Queenslanders this month that their coal mines still had decades to run, he saw fit to add: “Look, I think people who work in these sectors know that things change over time. And they understand that.”

Cautiously, incrementally, Morrison is looking to extend his support from the crisis phase into the recovery era, to expand from the tribal right to the moderate centre. As a Liberal strategist says: “He’s not looking to be divisive, he’s being pragmatic. His industrial relations policy is not John Howard’s by any stretch and it’s the backbench pushing superannuation [as an issue], not the leadership. On most issues he’s looking to track towards the centre.”

Why? Because that’s where elections are won and lost in a country with compulsory voting.

Morrison’s success is driving Barnaby Joyce into his latest foray. The former Nationals leader says Morrison’s strength is pushing his Coalition partner towards “disappearing”. He thinks his leader, Deputy Prime Minister Michael McCormack, is a pushover who needs to stand up to Morrison to differentiate the Nationals from the Liberals.

He wrote a demarche in The Australian this week: “I am kicking up the dust now because the Coalition has devolved into a marriage of convenience that diminishes the electoral prospects of the whole Coalition.”

“We’ve talked quietly to Morrison to fix it, now we need to throw down the gauntlet.” Joyce says the Nationals need to demand three things from the Liberals.

One, increasing the Nationals’ number of seats in the 22-member cabinet from four to five, as the Coalition’s power-sharing formula stipulates. Two, more powerful cabinet seats than the ones they currently hold. Treasury or health rather than veterans’ affairs, for instance. Three, the ability to deliver on key demands – such as more decentralisation of government departments, and new coal-fired power or nuclear power plants.

Isn’t Joyce just agitating to return as Nationals leader? “I’m not touting for the leadership,” he says. “To be quite frank, if I were I’d be playing the good cop. I’m not. I’m prepared to be the bad cop.” His preferred Nationals leader, he says, is his protege and former staffer Matt Canavan. He’s a Nationals senator, and you can’t be leader if you’re in the upper house. “Matt’s got to want it,” Joyce concedes.

Joyce also admits the Coalition is in the box seat to win the next election. So why the panic about diminished electoral prospects “for the whole Coalition”?

“What I worry about,“” says Joyce, “is Labor changing leader and going from three-legged horse in a very long race to being competitive. If that happens, it’s no good trying to change the Coalition then, because it’s too late. If Labor changes, it’ll be most effective in making gains in our coal seats, not in Toorak or Wentworth” where the Liberals enjoy primacy.

So is Labor about to dump Anthony Albanese? There’s been a lot of chatter about it this week, fed by the reshuffle of Labor’s frontbench positions. The short answer is no. Here’s a telltale sign for new players – the recent speculation always mentions a number of alternative leaders. It doesn’t specify a single, obvious challenger. That means there isn’t one.

The case against Albanese is twofold. One is that he lacks “cut-through”. Of course he does. The country has been gripped by a pandemic and recession for the past year, a twin crisis that naturally grants the Prime Minister commanding attention. An opposition leader can only achieve cut-through in such a national crisis by being irresponsible or ridiculous, or both. Albanese has time and opportunity to achieve cut-through from now till election day.

Second is Bill Shorten’s crack this week that Labor shouldn’t have a “tiny agenda”. It’s true that Albanese jettisoned the policy overload that Shorten took to the last election. But Shorten’s 280 policies, announced months and years in advance, were the aberration for an opposition. Albanese’s policy paucity is standard.

Besides, Albanese makes the point that Labor offering universal childcare is a major piece of policy, as significant as universal superannuation or universal healthcare.

There are two commanding arguments against a change of opposition leader. First, that the electorate absolutely hates such self-indulgent internal games. In the absence of a transformative alternative such as a Bob Hawke or Kevin Rudd, a change would likely be a setback, not a solution.

Second, the polls show that while Morrison’s approval has soared, the government’s electoral standing has not. In fact, the polls continue to put Labor around 49 per cent to the government’s 51 per cent. This suggests that the people appreciate Morrison’s leadership, but haven’t changed their voting intentions. Not yet, anyway. Just as the pandemic suspended politics as usual, the electorate has suspended judgment.

Morrison has a one-seat majority and the polls are tight. “All Australian elections are close and the government doesn’t have much of a buffer,” says the Liberal strategist. “It’d be a mistake to underestimate Albanese or Labor.”

That’s why Morrison is working to fill the political centre ground; for Labor to revert to frenzied bloodletting would merely cede it to him.