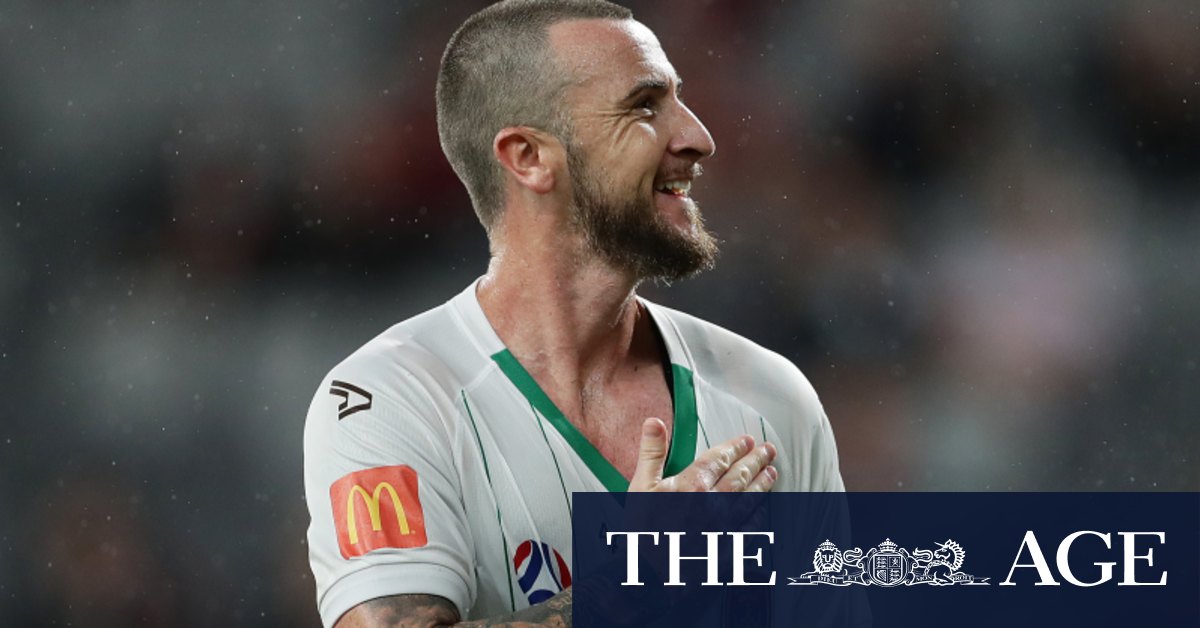 Robinson said he only took off Mourdoukoutas because he was carrying an ankle knock but argued the penalty against Ziegler shouldn’t have been given, and that refereeing in the A-League was too inconsistent.

The Wanderers had a borderline penalty shout of their own turned down in the first half after a collision between James Troisi and Connor O’Toole, which had shades of the one Troisi gave away in the Sydney derby earlier this month.

“I’m not frustrated that we conceded the goal, because on the second-half performance Newcastle deserved something, because we didn’t play to our level. [But] it wasn’t as if they earned the goal, it was a dubious penalty call,” Robinson said.

“If you’re going to give that a penalty, the penalty in the first half’s a penalty. That was my frustration. The inconsistency really, really bothers me.”

Newcastle did well to wrestle their way back into the match at Bankwest Stadium, having been slightly edged by the Wanderers in an open and thoroughly entertaining first half, and caretaker boss Craig Deans said the fightback was typical of his side.

“People probably after four games thought this bloke’s talking his team up, they’re not as good as he says they are, and they don’t have the character he says they do,” Deans said. “I think now, these last two games in particular, people can see that it’s the truth, it’s who we are, it’s who they are as players. I’m very proud to coach them, I thought they deserved everything they got.”

The Wanderers took the lead in the 36th minute through Ibini, who tapped away into an empty net after Simon Cox’s shot rebounded off the left post and fell to him.

It was Ibini’s first goal for his new club, coming against the one he left in highly controversial circumstances late last year.

Cox had only been on the field for a few moments when he generated Ibini’s chance, having been dropped to the bench by Robinson but sent into the fray when Nicolai Muller suffered a right hamstring injury after half an hour.

Muller had made a bright start to the match, as did the in-form Tate Russell, whose marauding runs down the right flank caused all sorts of problems for the Newcastle defence.

Jets skipper Nigel Boogaard had an easy opportunity to level the scores in the final seconds of the first half, as a corner kick found him free at the back post – only for the veteran defender to somehow miss the mark from point-blank range.

In the second half, the Jets were all over the Wanderers but were unable to craft any clear-cut openings until Ziegler presented one for them on a silver platter.

“In this league if you don’t put teams away when you have the chance they always hang about,” Robinson said. “We didn’t intentionally try and sit back, they had a little bit of momentum in the second half, regained control of the game, and then we sat back and couldn’t get ourselves out, couldn’t string enough passes together to regain control.”

Newcastle playmaker Ramy Najjarine was taken off just over 20 minutes to go, although Deans said he wasn’t injured but merely had sore ankles from being kicked so often.

“In the first six weeks I think I heard someone say he’s the most fouled player in the competition,” Deans said. “He puts himself in situations where people are going to kick him and he keeps going back. He’s a dangerous player and people make every effort they can to stop him.”

Previous Kiwi dying of brain cancer can’t get into NZ’s managed isolation, but The Wiggles can
Next Saints edge Dogs in battle of the Burkes