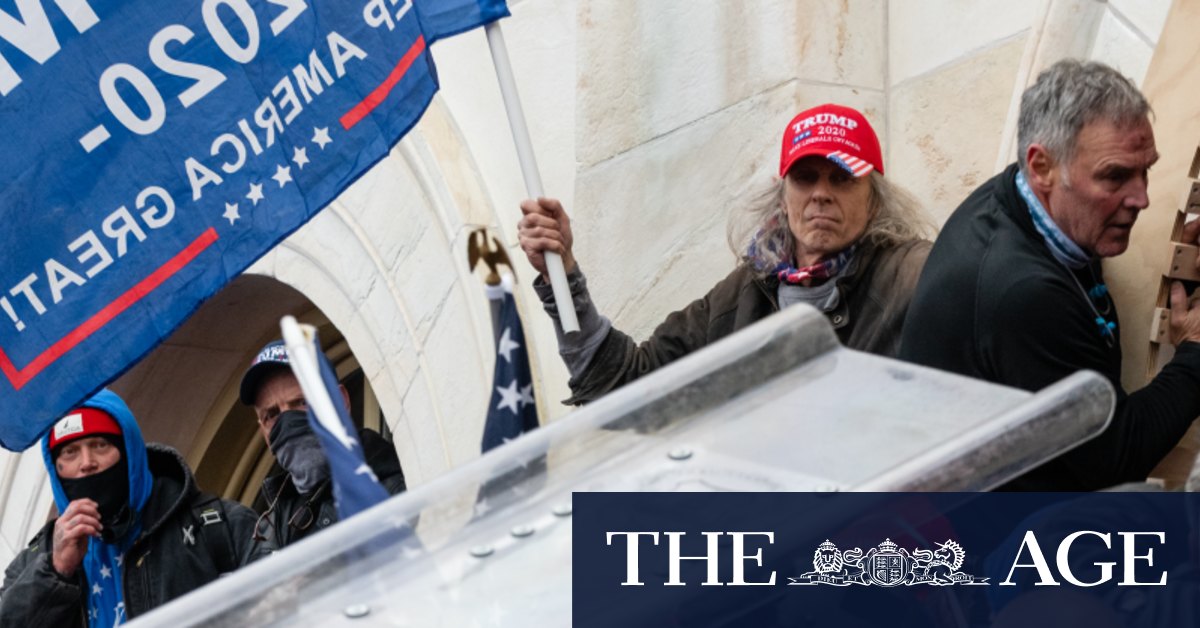 Pezzola was also indicted on additional charges, including obstruction of an official proceeding, robbery of personal property of the United States, and assaulting, resisting or impeding officers, the Justice Department said.

Separately, the FBI said bombs found at the Capitol Hill headquarters of the Democratic and Republican National Committees were placed there the evening before the attack. The FBI increased a reward for information about the incident to up to $US100,000 ($130,000).

Pezzola, known as “Spaz” to associates, poses a “serious danger to the community and a serious risk of flight”, the prosecution brief stated. He was arrested in New York.

A lawyer for Pezzola, Mike Scibetta, said in an email that, to his knowledge, the thumb drive was given to Pezzola, was never opened by him, and contained a “survivalist” manual.

“The government has cherry-picked a small portion of the paper to suit their narrative,” Scibetta said.

The prosecution court filing, citing social media posts, said Pezzola was one of the first rioters to enter the Capitol. Prosecutors said he used a police shield to break a window, allowing other protesters to enter the building.

Once inside the Capitol, Pezzola chased a police officer up the stairs near the entrance to the Senate chamber, and smoked a cigar while bragging on video about the attack, prosecutors said.