Breaking News
Home / Victoria News / It hasn’t changed at all

It hasn’t changed at all 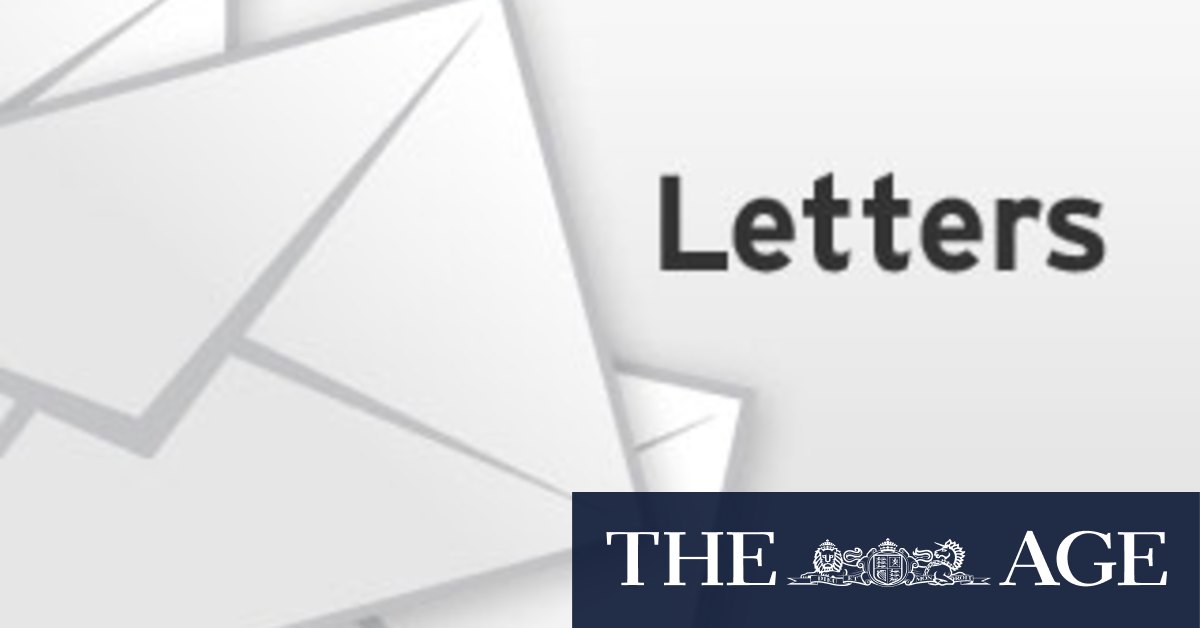 Thirty-six years later, I still burn with anger, but not at my lecturer.

It appears that it doesn’t matter how bright or dull a child is to begin with, the private school kids still flood the top university courses and the state school students are left behind (″⁣The high price of low hopes″⁣, Comment, 30/1).

Albanese reshuffle …
The symbolism of Anthony Albanese’s shadow cabinet reshuffle rekindles the disappointment at Malcolm Turnbull’s inability to withstand his party’s climate change denialists, and I suspect will turn many voters green, but not with envy.

It also exemplifies Groucho Marx’s quip, ″⁣I have principles, and if you do not like them, I have others.″⁣

Nature has made us ″⁣an offer we cannot refuse″⁣, which myopic leaders have ignored for decades, owing to political influence bought by vested interests for the sole purpose of enrichment of a few. This is sacrificing humanity’s paramount vested interest – survival of our ecosystem and future generations.

Only fools would continue to believe, despite current stark evidence, that there would not also be astronomical economic costs and deteriorating quality of life for rich and poor on this dystopian trajectory. Unfortunately, there appears no shortage of those among our ″⁣honourable members″⁣.
Joe Di Stefano, Geelong

… a missed opportunity
As a lifetime Labor supporter it pains me to say that the Anthony Albanese team of stale, pale males is doomed at the next election. Labor’s talent, passion and energy lies with its underutilised women.
Imagine a team led by Tanya Plibersek, supported by Penny Wong, with Clare O’Neil, Linda Burney, Ged Kearney, Terri Butler, Catherine King, Kristina Keneally, Anne Aly and Katy Gallagher holding key responsibilities.

At the very least our exhausted country would wake up and listen.
Brian Derum, Fitzroy North

Demeaning, unhygienic
It took a pandemic to admit that handling towels belonging to tennis players may cause health risks to ball boys and ball girls.

Such a demeaning and unhygienic custom should have been abandoned years ago.
Gyll Anderson, Corowa, NSW

It’s not a safe area
I can’t see how Assistant Police Commissioner Luke Cornelius can claim that the bollards at the Swanston Street entry to the Bourke Street Mall in the mall did their job during the traffic incident that occurred there on Thursday (″⁣Opinion divided on retractable bollards″⁣, 31/1).

I’m not sure what their job is, but I reckon many people seem to think they prevent cars entering the mall. They don’t and until some system is introduced to block the tramway entrance when not required, the mall will not be a safe pedestrian area.
Peter Price, Southbank

A study in contrasts
General Motors’ decision to stop producing all petrol and diesel passenger cars by 2035 is an example of what can happen with unambiguous decisive leadership and comes on the back of President Joe Biden announcing America’s re-engagement with the Paris climate agreement (″⁣Global climate action surges from fossil fuel″⁣, The Age, 30/1).

GM will invest $US27 billion in electric vehicles and associated products and aims to be carbon neutral by 2040.

Compare that to Australia, where both major parties have, at best, weak and, at worst, totally inadequate and incomprehensible policies that pander to fossils within their ranks creating uncertainty for industries and their workers.

Rather than lead the world and facilitate successful transition strategies as evident in countries like Germany and Spain, we seem to be content to anchor ourselves to a dying industry that no major insurer, bank or financial institution, including the world’s largest investment manager, BlackRock, is prepared to support. It is economic, environmental and social lunacy.
Craig Jory, Glenroy, NSW

There is no vision
If only Tony Abbott and Joe Hockey had a vision for our car manufacturing industry. Instead of inciting them to close their operations in Australia we could have had GM developing an electric vehicle industry here like it is proposing in the US.

Opportunities to reskill existing workers and develop the associated infrastructure would have created sustainable employment options and developed an innovative manufacturing sector, but unfortunately we have such a lack of vision in our politicians and no indication from current Coalition government ″⁣policy″⁣ that this will improve.
Denise Stevens, Healesville

Compulsory reading
I have just read last week’s Climate Council report Hitting Home: the Compounding Costs of Climate Inaction. It took me a couple of hours.

It succinctly sets out why we must halve our greenhouse gas emissions by 2030 and reach zero emissions by 2040 at the latest (″⁣Emissions verdict is catastrophic″⁣, Comment, 28/1). The consequences of further inaction will include ecosystem failure, economic collapse, ever more catastrophic events, mass migration and more violence and war.

Any Australian politician who is unaware of any of the report’s content and fails to read the full report in the next week will be both negligent and unqualified to make decisions on virtually any policy or legislation.
Jonathan Crockett, New Gisborne