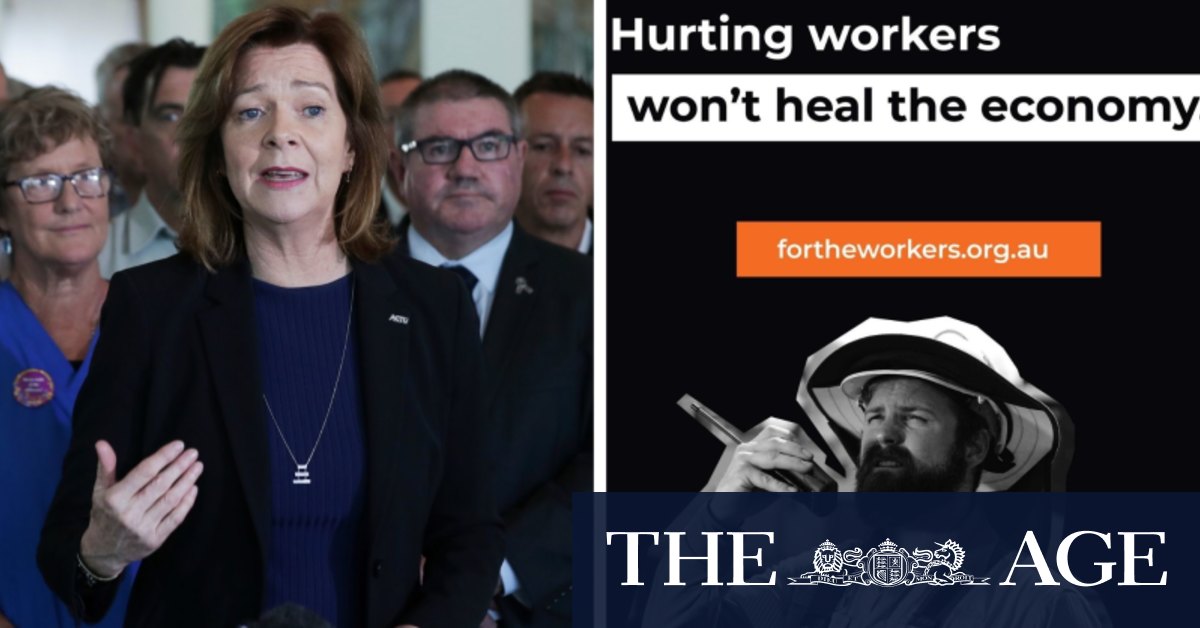 Australian Council of Trade Unions president Michele O’Neil said, while unions would assess the ads after a week in the marginal seats, the ACTU would “absolutely” keep its campaign running until the next election if the government pushes ahead with its overhaul.

“The government has listened to the more extreme elements of the big business lobby, and they have breached their own assurances that no worker would be worse off,” Ms O’Neil said. “So if they proceed with [the bill], then they’ll pay the price of that.”

Prime Minister Scott Morrison has not explicitly guaranteed no worker will be worse off, but he and Industrial Relations Minister Christian Porter argue it will be a boon to Australia’s workers and businesses overall, including by addressing a decline in enterprise bargaining, which typically produces higher wages, and keeping workers employed.

In a statement, Mr Porter linked the ACTU’s campaign, which has an unspecified cost, to another launched by construction unions targeting the laws last week.

“It is disappointing to see the ACTU adopting the same form as the militant CFMMEU and ETU by reverting to form and simply opposing what is a commonsense package of reforms, which has one goal – to help protect and create more jobs as we move out of the COVID-19 pandemic,” Mr Porter said.

The ACTU’s campaign during the last federal election, branded “Change the Rules”, was not seen as successful but “Your Rights at Work”, opposing the Howard government’s WorkChoices laws, helped oust the second-longest-serving Australian prime minister.

This year’s campaign will be called “For the Workers” and features images of those who kept the country operating during the pandemic, such as nurses and grocery store workers, as well as those in jobs underpinning the recovery, including tradespeople.

Mr Porter unveiled the government’s overhaul late last year after months of consultations between unions and businesses. It is now being examined by a Senate committee.

It will simplify enterprise bargaining over pay and conditions and temporarily allow for deals that go below minimum pay rates for coronavirus-hit businesses.

Some casuals will be given a right to convert to permanent employment but backpay claims for those who were employed on a permanent basis will be reduced to prevent what the government describes as “double dipping”.

Some part-timers will be able to work more hours but forego overtime pay, and agreements struck at the start of big projects will go for longer. Underpayment laws will also be toughened up.

“We’re hopeful the Senate crossbench will join with Labor to block this terrible scheme in the Parliament.”

Previous Return to a bush oasis, one year after the fires
Next A failed freezer forced Seattle hospital to rush to give out vaccines