How the pandemic spurred a home schooling boom 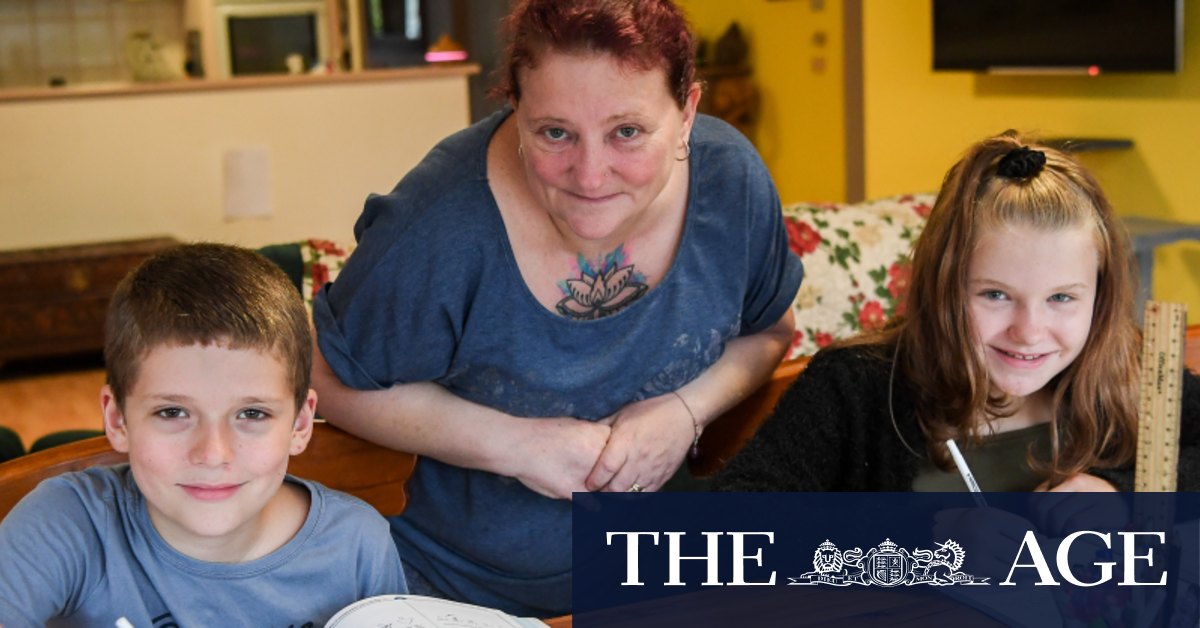 As most parents breathed a sigh of relief when school commenced last week following a disruptive year of lockdowns, Katy Pearce was settling into a term of home schooling with her children Chloe, 10, and Devon, 9.

Ms Pearce, who lives in South Morang in Melbourne’s north-east, had always flirted with the idea of home schooling.

But it wasn’t until Chloe and Devon had their first taste of it last April that the family decided to take the plunge.

“My son has always had issues at school and my daughter has been bullied,” she said.

“I kept on talking myself out of home schooling and then the first lockdown happened and I suddenly realised I could do it.”

Devon, who was previously a school refuser, is enjoying learning at his own pace and exploring his interests. He’s been setting up electrical loops on circuit boards on the dining room table while his sister learns about measurements while baking biscuits in the kitchen. They go on excursions to the zoo and socialise with other home schoolers once a week.

Ms Pearce follows the Victorian curriculum and a learning plan approved by the Victorian Registration and Qualifications Authority. “I’m not saying it’s easy,” she said. “But I enjoy seeing my children happy again and I know I am doing something right.”

Kirsty James, who is the assistant coordinator of the state’s peak body for home educators, Home Education Network, said many families made the switch after enjoying the experience of helping to teach their children during school closures. These families, particularly those with primary school children, wanted to offer an alternative to remote learning that followed their child’s interests and didn’t involve so much screen time.

“They thought that they could find something that was a better fit,” she said.

Other families turned to home schooling after observing an improvement in their child’s health and behaviour during the periods of school closures.

“They realised it was actually the school environment that was exacerbating a lot of their child’s issues,” said Ms James, who has home schooled her four children.

“They were able to cope with the work much better when they didn’t have to deal with negative socialisation or being overwhelmed by the school environment. They’ve noticed far fewer meltdowns and their children are less anxious.”

Critics of home schooling argue many parents do not have the skills to teach and children miss out on social opportunities afforded to their peers in mainstream schools.

“Teaching children, especially young children, as most parents have discovered during the COVID-19 lockdowns, is not only very difficult but fraught with complexity,” said Dr David Zyngier, an associate professor of education at Southern Cross University and Greens councillor in Glen Eira.

“The skill of reading is the most difficult thing a child will ever achieve.”

Rebecca English, a senior lecturer and home schooling expert at Queensland University of Technology does not share these criticisms. She said the biggest downside of home schooling is financial, with one parent often having to give up work.

“The majority of people who are home schooling in Australia are doing it not because they are ideologically opposed to school,” she said. “They are doing it because school is not working for their children.”

This was the case for Carlie Maree, who decided to home school her seven-year-old daughter Aria after seeing her thrive while learning from home during the first lockdown. Aria had previously been crying at the school drop-off and coming home exhausted and overwhelmed.

“When she returned to school after the first lockdown, within a couple of days she was crying again,” said Ms Maree, who is an author.

“She looked me dead in the eye and said, ‘I want to be home-schooled’.”

Aria’s new curriculum is varied, flexible and follows her interests. It might involve learning biology at a local vet or researching the life cycle of sea turtles. The family is refitting a bus and plans to travel through Australia later this year, learning about wildlife and the country’s history along the way.

Ms Maree said she invests some of the money she previously spent on Aria’s private school fees on tutors who visit three times a week and art and sports classes.

“The pandemic gave people a chance to see how home schooling would work for their families,” she said. “A lot of people really loved it.”

An Education Department spokesman said the number of families who choose to home school their children make up a very small percentage of Victoria’s school-aged population.

He said more than a million students returned to on-site learning at schools across Victoria last week.