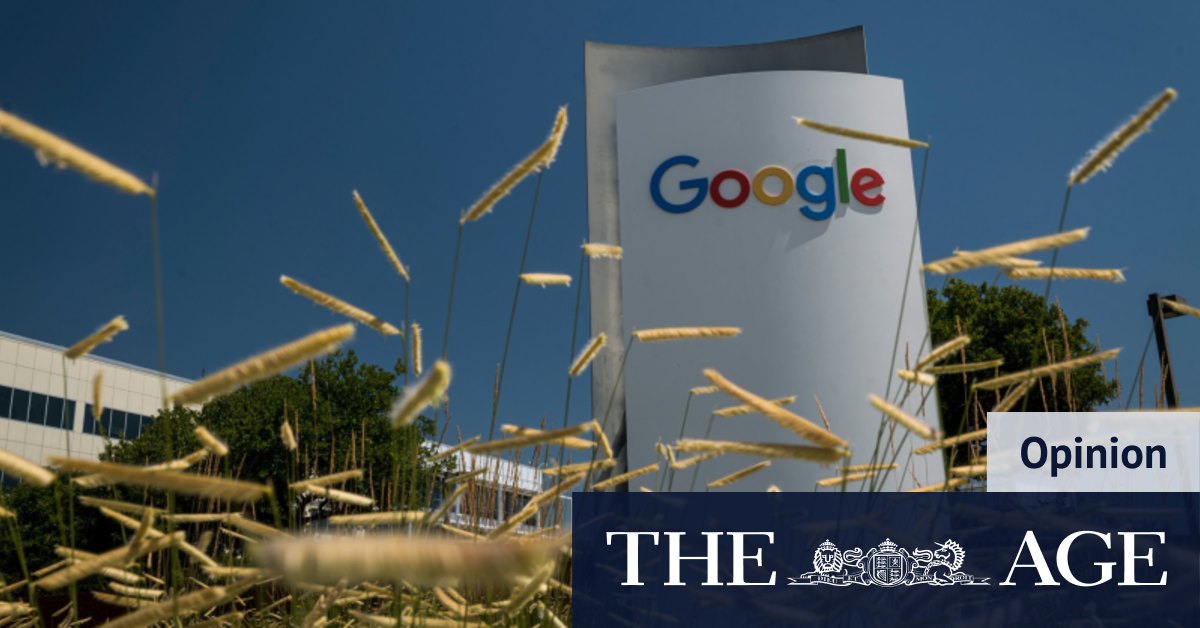 That was impossible to prove in that rather dry meeting but it did not take long in the marketplace. More than 20 years later, with 90 per cent of the global search market and $160 billion in annual revenues, Google’s algorithm proved a phenomenon.

So much so that Google has become too successful for its own good. Its position as gatekeeper of the internet has anti-trust officials in the US investigating the consequence of its monopoly power and governments around the world lining up to hit it with taxation and regulation.

Most prominent in these efforts is the Australian government’s innovative News Media Bargaining Code based on the landmark ACCC Digital Platforms report. The proposed legislation aims to have Google and Facebook pay media companies a fee for news content to sustain public interest journalism.

As a consequence we have seen nuclear threats of withdrawal and exclusion flying from the tech giants as they flail, wail and accuse their critics.

But they are fighting a losing battle. Governments must win these confrontations.

All Google and Facebook have to do is look back in history to see that distortive monopolies do not last forever in liberal democracies.

Big Oil in the US was broken up in 1911. For three decades John D Rockefeller’s Standard Oil controlled over 90 per cent of the oil production, processing and sale of petroleum products in the US. After a five year anti-trust prosecution Standard Oil was devolved into 34 different companies, many of which – like Exxon, Amoco, Mobil, Chevron – remain massive entities. Ironically Rockefeller grew wealthier from his holdings in the fragmented group than he ever was as a monopolist.

We have seen nuclear threats of withdrawal and exclusion flying from the tech giants as they flail, wail and accuse their critics.

Facing similar anti-trust scrutiny in the 1980′s, telecom giant AT&T volunteered to break itself up, realising that its control of telephone services and manufacturing of the communications hardware across the US was unsustainable.

It’s probably impossible to divide Google’s search engine into component parts to help create a more competitive market but government and anti-trust regulators can act on Google’s use of its financial power, its vertically integrated ad tech-stack and its refusal to pay for content.

After gathering its initial advantages through superior technology Google built its dominant market position through pricing others out of the market. It pays Apple an estimated $US12 billion annually to be the default search engine on Apple iOS phones. And its ownership of the Android operating system means Google is built into the vast majority of smartphones globally.

Moreover, the company insists on sustaining the outdated notion that the transfer of content around the web should be free. That idea hit the wall once Google built a powerful advertising model around the outside content it distributed yet kept all the proceeds.

Australian media companies with government support are merely claiming back some of the economic value the big tech companies accrue. Google gathers large audiences by consolidating content from across the internet making it an appealing platform for advertisers. Given 8-14 per cent of this content is news-related according to the ACCC, media companies want to be paid something for their efforts.

Google argues it is being unfairly targeted and that media companies’ financial issues are the result of the loss of classified advertising for newspaper companies and the disruption of cable and streaming for TV networks. That is mischievously misleading.

Newspaper companies were successfully adjusting to the loss of classifieds to the internet pure plays. What they could not bear was their ability to transform from print to digital being undermined by big tech subsequently gobbling up 90 per cent of the growth in the digital display advertising market.

For TV it was the same. Content mix was adjusted to meet new competition and cost bases reduced substantially but financial pressures really began when the platforms attacked the display ad market.

TV faces particular pressures in a debate that has tended to be focused around print media. The legislation needs adjusting to ensure all TV news falls within the scope of the code. And TV companies have other commercial content arrangements via Youtube and digital advertising serving which lack protection from big tech retribution once the code is enacted.

The Australian government needs to press ahead firmly.

It is beyond time. The issues surrounding big tech monopoly power have been a matter of controversy for years and there is compelling historical precedent for governments to act to break the market dominance.

Big tech had the financial resources to nip this in a bud long ago. But they lacked strategic insight, not understanding that unless they adjusted their mantra around free content and looked more broadly at the what constitutes public good: governments would inevitably act.

Instead their response has been arrogant, financially mean and wrapped in denial now translating into shrill threats.

It’s not a good place to be.

Greg Hywood is a former editor-in-chief of The Sydney Morning Herald and The Age, a former Fairfax CEO and is now the chair of FreeTV, a television lobby group.