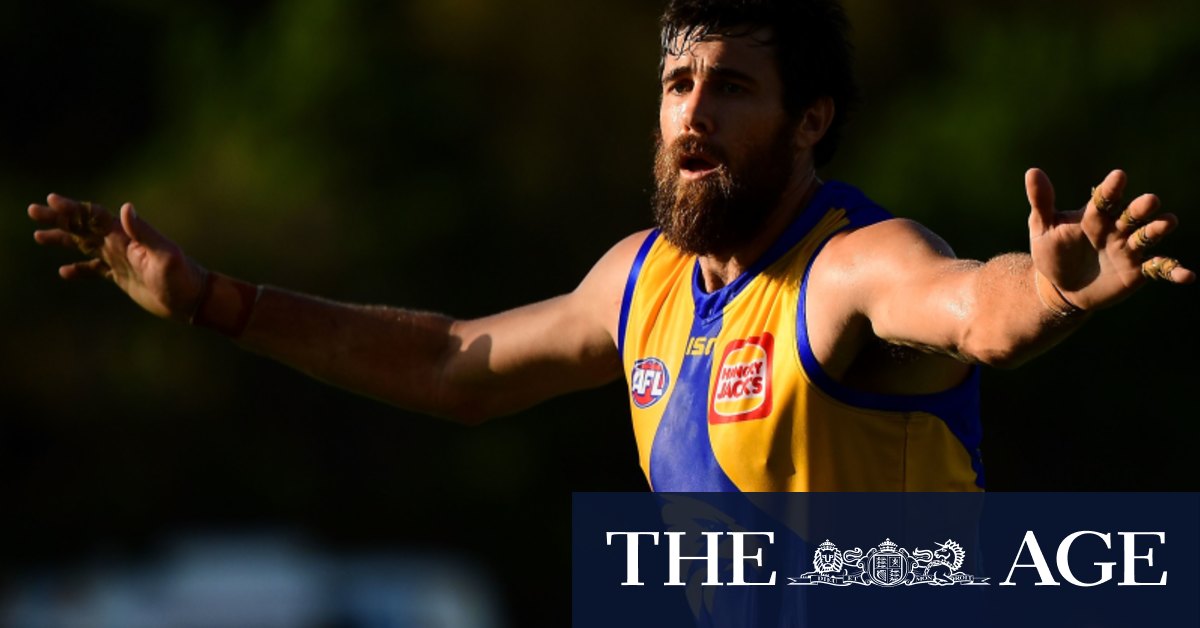 “You can exploit it in attack.”

There is also a new five-metre protected area around the player on the mark that even teammates are not allowed to enter.

This means teams cannot “hand over” who is standing on the mark from one player to another. Often the man on the mark peels off to defend a player running past the player with the ball, and is replaced on the mark by a teammate. This can no longer happen.

It also means a tall player such as Collingwood’s Mason Cox cannot replace a teammate on the mark when their opponent is taking a set shot at goal.

The “stand” rule means the player on the mark defending a shot at goal cannot step back from the mark and run up to put a player off.

The rule change also means that teams defending an opposition player who has a set shot at goal and shapes to run around to snap the goal cannot set up with a line of defenders ready to rush at the forward once they step off their line. At the very least, they need to be five metres away from the man on the mark.

The “stand” rule has opened up the ground to the attacking team and in particular opened up the corridor for the ball-carrying team to be far more aggressive with their ball use.

“It is pretty significant,” one coach said. “It’s much harder to defend so you can be a lot more attacking with ball in hand.

“It’s a bigger change than the cut in rotations or the kick-in one [pulling the man on the mark back at kick-ins a further 10 metres].

Umpires will be encouraged to give more latitude to the player with the ball to move off their line before “play on” is called.

The AFL’s head of football, Steve Hocking, said the man on the mark was the first line of defence and teams structured their defence behind that player. Initial signs were that the change was having the desired effect, promoting faster, more attacking play.

“The man on the mark has been taking up more and more real estate and slowing the game down, directing where play could go,” Hocking said.

“The vision we have from pre-season testing of it with clubs, the ball is moving quicker and so teams are taking full advantage of the fact they know the player on the mark cannot move so it is really disrupting defences.

“Any defensive system around the world works off delay and that is what the man on the mark does, he delays.

“The signs are very encouraging, that ball movement is a lot quicker and more aggressive. We have wanted to shift the balance back from defence to attack.”

He said stopping teams from “handing over” the mark was a significant change.

According to clubs who have been training with umpires in match simulation, the change to the “man on the mark” rule is having the most profound effect on ball movement and congestion of all the rule changes.

This year the number of interchange rotations will be further cut and the man standing the mark at kick-ins has been drawn back a further 10 metres to give the defender more room to play on and clear the area with his kick. The extra distance that player can get also is hoped to push back and spread the set-up of the defensive team.

After Collingwood’s racism review, Buckley does better – as a start