Time to repair the chinks in our democracy 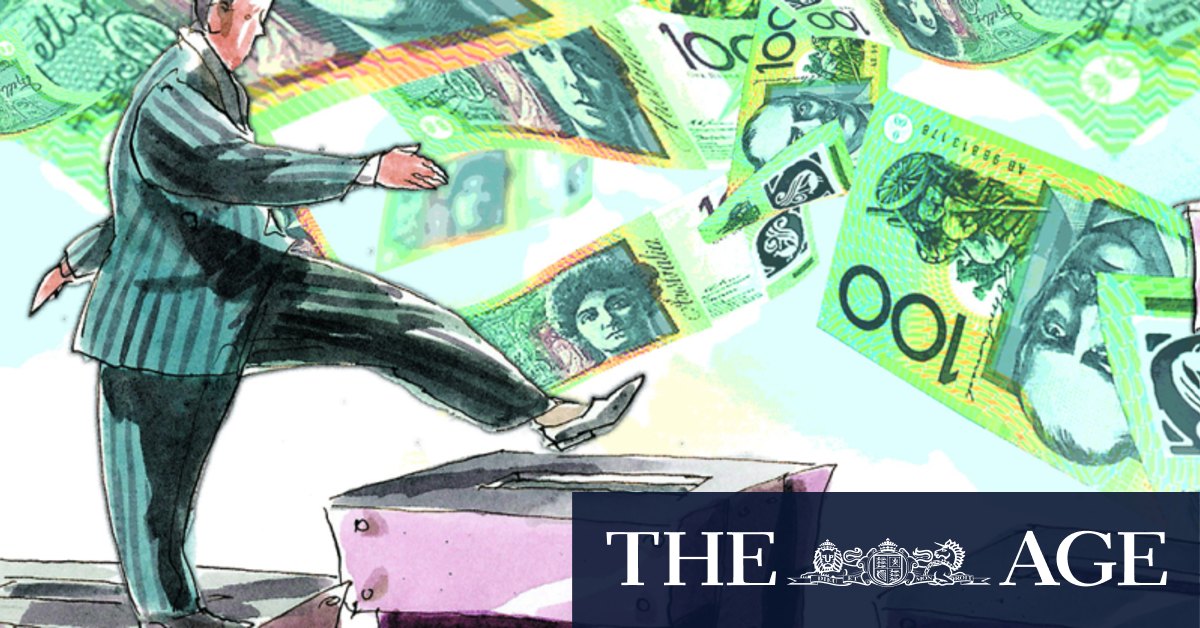 On Monday, our chief political correspondent David Crowe reports on a new Centre for Public Integrity analysis of federal political donations over the past two decades, revealing that political parties have received $1.1 billion from “hidden” donors – those who are not required to be fully disclosed under rules agreed to by both major parties.

Only donations of $14,300 or more need to be revealed publicly, and donors can get around the rules by making multiple donations below that amount or using foundations or trusts that may not reveal the original source of the money.

The report comes as the Australian Electoral Commission prepares to release annual disclosures on Monday for last financial year, naming some of the donors but far from all.

The centre has on its board members of experience and integrity, including former federal court judge and Queensland corruption commissioner Tony Fitzgerald and former Victorian Court of Appeal judge Stephen Charles.

One of the report’s authors, University of Melbourne Professor Joo-Cheong Tham, said that the donation disclosure scheme is misnamed. “It is a non-disclosure scheme, with more than a third of political funding shrouded in secrecy….that the most significant level of government has the weakest political finance laws is a grave weakness of Australian democracy.”

This can no longer continue. It is not only donation laws that need an overhaul if we are to give our democracy the ballast it requires. We must have a strong and credible federal anti-corruption commission, and the government’s delay and the weakness of its promised model is less than Australia deserves.

In Victoria, reforms to donation laws are urgent and overdue. Donations from property developers have been banned in NSW and Queensland, but remain legal in Victoria and are a significant part of federal political funding.

Over the weekend, The Age reported on “group tickets” in the upper house voting system, which means preferences are allocated according to deals struck by micro-parties. The federal government and some state governments have legislated to curb group voting, but Victoria has not. Election expert Kevin Bonham says the Victorian upper house voting system is “farcically broken”, resulting in preference flows that do not represent voters’ intentions.

If preference flows do not represent the voters’ will, there is something seriously wrong with democracy in this state.

We are rightly proud of our independent Australian Electoral Commission. Our compulsory voting and preferential voting have proven their worth again and again. Unlike in the recent presidential election, our political parties respect the people’s will and a peaceful transition of power is assumed.

Stories about integrity in politics are not as lively as speculation about leadership challenges or rumours of early elections. But they are more important if our democracy is to, truly, serve the people.