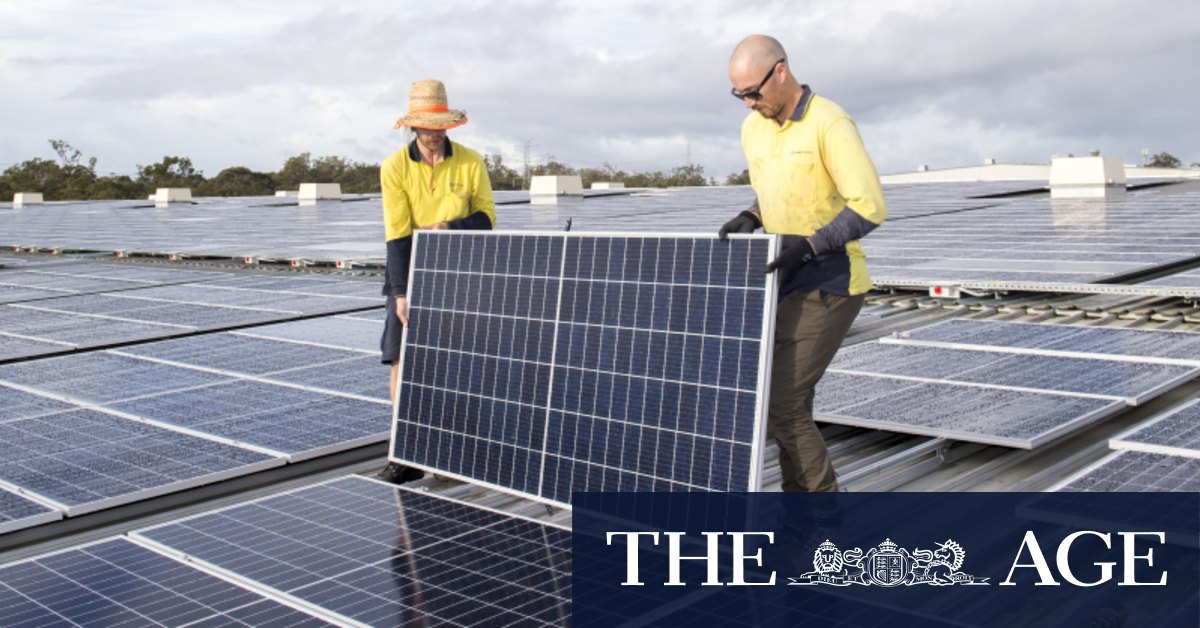 Labor’s new climate and energy spokesman Chris Bowen has stepped up attacks on the Morrison government since being appointed to the job last week, arguing there was a “government-induced drought in energy generation investment”.

The Clean Energy Council has also blamed a fall in large-scale projects investment on challenges associated with the grid connection process, unpredictable government policy interventions and under-investment in network capacity.

He said Australia invested $7.7 billion or $299 per person in renewable energy, placing the nation ahead of Canada, Germany, Japan, Korea, New Zealand and the United States on a per capita basis.

The Australian Energy Market Operator has forecast strong investment in renewables to continue with an additional 24GW of rooftop solar by 2030, tripling the nation’s small-scale solar generating capacity over the decade.

But its latest report on wholesale electricity and gas prices across the National Electricity Market warned last week there was increasing reliance on firm generation to maintain reliability and keep our grid secure.

The influx of renewable energy – with one in four Australian homes now producing solar energy – has continued to create liability issues for the grid, placing pressure on ageing gas and coal units that cannot turn off when demand is low and return for the evening peak.

Mr Bowen on Friday said private sector investment in energy generation had plummeted because of the lack of policy certainty.

But his colleague, NSW MP Joel Fitzgibbon said Mr Bowen’s comment showed he had his “training wheels on”.

“The reason we’ve got a fall-off in investment in energy generation is that we can’t get more renewables into the system until we get more firming power into the system, and that means that, well certainly one option, the preferred option is one or two new gas-fired generators,” he told Sydney radio 2GB.

Previous Kevin Andrews’ wife takes up the fight
Next ‘The irony’s not lost on me’: Solar panel safety device led to 500 per cent rise in rooftop fires