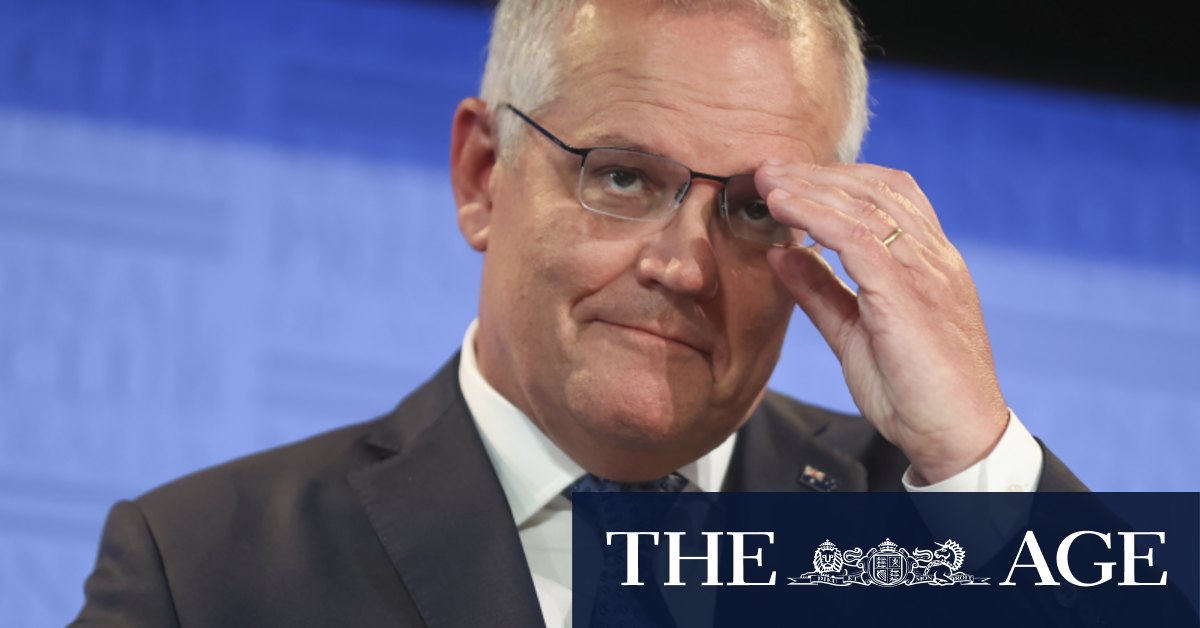 “Our goal is to reach net zero emissions as soon as possible, and preferably by 2050,” he said.

Mr Morrison said this would depend on science and technology, such as driving down the cost of clean energy from hydrogen, rather than a “tax” in the form of a price on carbon.

The 2050 target remains a divisive issue within the Coalition, with conservatives declaring it too expensive while many Liberals acknowledge calls from their constituents to encourage the government to embrace the goal.

Former Nationals leader Barnaby Joyce, who led the campaign against Labor’s emissions trading scheme a decade ago by calling it a tax, raised doubts about the path to the target.

“If [the path] is over the rights of regional Australians, blue-collar workers, farmers and the poor then I am not in,” he said.

“Confirming the likely 2050 trajectory will provide the community and business with greater certainty – it’s a very important step as we head towards Glasgow.”

Fellow Liberal Katie Allen, who represents Higgins in the eastern suburbs of Melbourne, said she backed net zero by 2050 and was “incredibly optimistic” about the message from the speech.

“He wants a plan, which I’ve always said is more important than the target, and to me it reflects a pragmatic desire to deliver, not just virtue signal,” Dr Allen said.

The government’s current target is to cut emissions by 26 to 28 per cent by 2030 and to achieve net zero emissions at some point in the five decades after 2050, but scientists say this goal would lead to dangerous global warming.

Australian National University professor Will Steffen and colleagues in a new group, the Climate Targets Panel, have called instead for a 74 per cent cut to emissions by 2030 and net zero by 2035 to limit warming to 1.5 degrees.

Mr Morrison avoided making the 2050 pledge last December when it was set as the condition for leaders to speak at a London summit, leading countries including France to veto his attendance.

Asked on Monday whether he could commit to net zero by 2050 in time for the United Nations climate summit in Glasgow in November, Mr Morrison said the answer depended on the science and technology.

“When I can tell you how we get there, that’s when I’ll tell you when we’re going to get there,” he said.

“If you don’t get there by technology, if that’s not what actually gets an economy to net zero, there’s only one other way that that’s achieved and that is a tax.

“So my commitment to Australians that I will not tax our way to net zero by 2050, is a very, very important one and I will hold my faith with the Australian people on those issues.”

Those around Mr Morrison have expressed confidence privately that the government can commit to net zero by 2050, as long as there is progress on energy technology to show the cost and benefits.

But Labor treasury spokesman Jim Chalmers said the speech could have been used to make a hard commitment to net zero by 2050, a target Labor backs.

“He missed an opportunity to say unequivocally that we will provide the jobs and opportunities which will flow from that commitment,” Mr Chalmers said.

“For as long as this Prime Minister continues to play party room politics over cleaner and cheaper energy, Australians will be denied those jobs and opportunities and be increasingly isolated in the international community.”

Mr Morrison made it clear the vaccine rollout and economic recovery would be his priorities this year, cooling talk of other initiatives when some of his MPs want a halt to the legislated increase in the super guarantee levy to 12 per cent.

Asked about economic reform and super, he said the government had delivered major tax cuts and would seek “modest” industrial relations reform but did not want to get bogged down in changes that would be stuck in Parliament.

“I’m not one that likes to pursue things for the sake of vanity. I like to get things done and not waste time on things that don’t get done because that doesn’t help anybody,” he said.

While Mr Morrison talked up the “comeback” from the pandemic, about one million Australians are relying on the $565 fortnightly JobSeeker allowance and $150 coronavirus supplement, which is due to stop at the end of March.

Asked about a permanent increase in the JobSeeker rate, Mr Morrison said there were “real shortages” in the workforce and he wanted to see how the unemployment rate and other factors might change.

“Workforce challenges this year, and next year, and going forward, are, I would have to say, one of the biggest, if not the biggest single economic challenge we have in this country,” he said.

Mr Morrison said this included people having the right skills and being where the jobs are.

Previous WHO team visits China’s centre for disease control in Wuhan
Next ‘Not okay’: Collingwood seek to correct dearth of Indigenous players