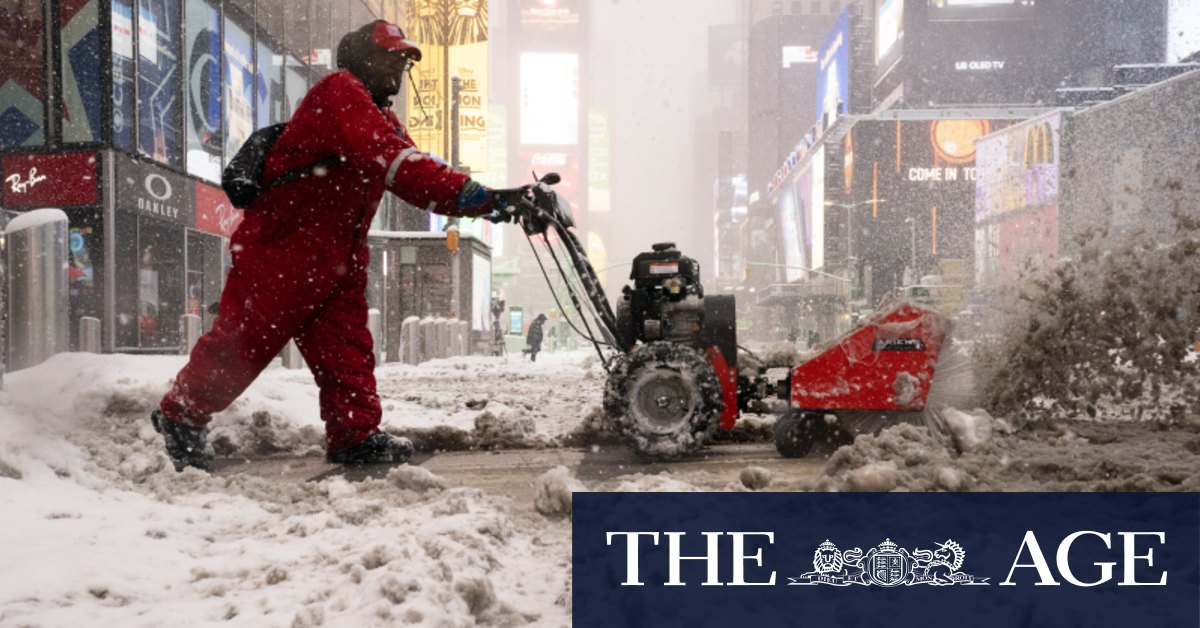 Winter storm warnings and advisories stretch from Tennessee to Maine, according to the National Weather Service. Chicago got 23 centimetres in some areas as the storm passed through on Saturday. At Reagan National Airport, 10 centimetres fell, but more snow could drop later, said Rich Otto, a forecaster with the US Weather Prediction Centre. Government offices are open in Washington, according to Office of Personnel Management.

All New York City vaccination centres and all in-school instruction were closed due to the weather. Mayor Bill de Blasio predicted at least 35 centimetres of snow could hit the most populous US city by Tuesday.

“This is not a storm to underestimate,” he said during a news briefing Sunday. “Take it seriously. This is a dangerous storm.”

As of 8am in New York, 2,663 flights had been cancelled in the US through Tuesday, according to FlightAware, an airline tracking service.

The bulk of Monday’s cancellations in the US were at both of New York’s airports, as well as Newark, Washington and Boston.

Metro North cancelled its Monday late-night trains on its Hudson, Harlem and New Haven lines, the commuter railroad said on its website. The Port Authority of New York and New Jersey announced its Manhattan bus terminal will shut down Monday, and New Jersey Transit rail operations will also be suspended.

In addition to the snow, coastal flood warnings and advisories were issued for Queens, Brooklyn and Staten Island, as well as parts of Long Island, the weather service said.

The postponed shots would be rescheduled as quickly as possible, the mayor said. “Last thing we want to do is urge our seniors to come out in the middle of a storm like this. It doesn’t make sense,” he said.