Unlocking the secrets of one of the universe’s strongest magnets 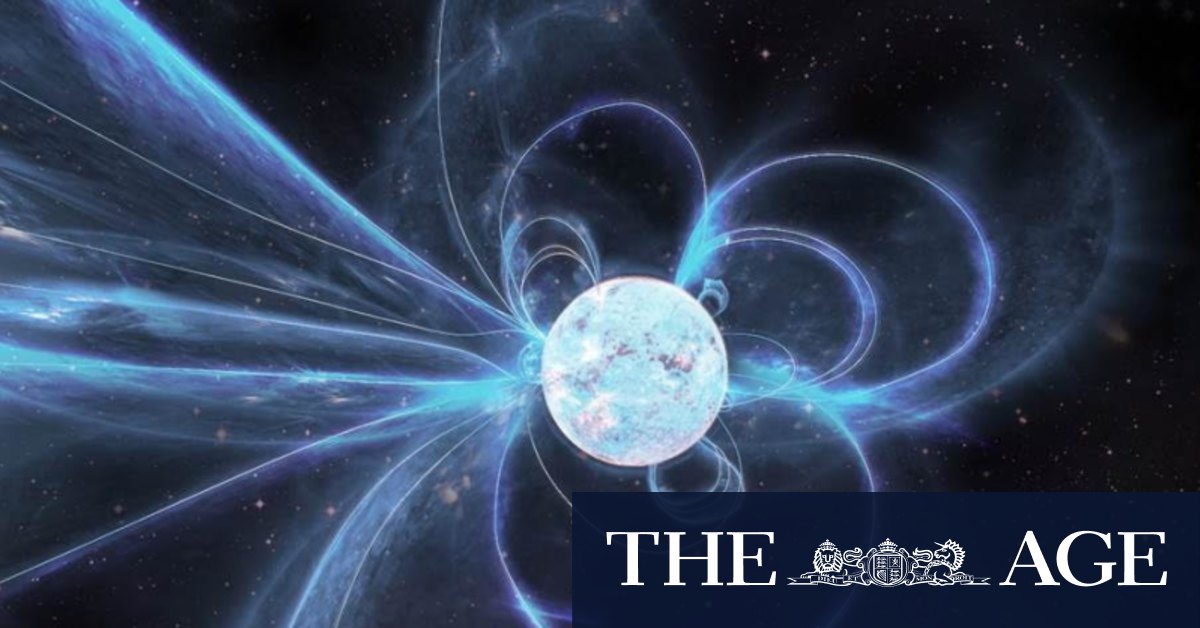 Mr Lower said they monitored the magnetar between May and October last year, using the CSIRO’s Parkes radio telescope.

“We found that the radio pulses that were coming from it were very different to what you would expect to see from a body like that,” he said.

The magnetar was emitting “bright” bursts of low-frequency radio waves, rather than expected high frequencies, in a configuration that resembled a pulsar, another type of neutron star which emits regular “pulses” of radio waves.

“This raises a number of questions — maybe this magnetar evolved from a more regular pulsar over time … or perhaps we are missing other magnetars in the Milky Way because they’re so far away from us that the low-frequency radio waves we’re seeing are too scattered for us to detect,” Mr Lower said.

Unlike other neutron stars, or other stars in general, a magnetar does not have a simple north and south magnetic pole, but can have multiple poles of each, and in this case the astronomers found more unusual features.

“From our observations, we found that the magnetic axis of J1818 isn’t aligned with its rotation axis,” Mr Lower said.

“Instead, the radio-emitting magnetic pole appears to be in its southern hemisphere, located just below the equator. Most other magnetars have magnetic fields that are aligned with their spin axes, or are a little ambiguous.

“This is the first time we have definitively seen a magnetar with a misaligned magnetic pole.”

One set of poles can be thought of like two ends of a horseshoe magnet near each other on the magnetar’s surface, which the researchers believe is the reason for the unusual radio wave emissions.

Mr Lower said the observations gave them new insight into how magnetars form, and how they evolve over time.

“While we were observing it we noticed this ‘flipping’ of the radio emission between different magnetic poles,” he said.

“We’re looking closely at our data to try to capture one of those flips while it’s occurring, because if we can do that we could possibly map out the magnetic field between the magnetic poles.

“Knowing the actual geometry of magnetars is also quite important in neutron star theory and being able to predict how they will evolve over time.”

The research has been published in the journal Monthly Notices of the Royal Astronomical Society.