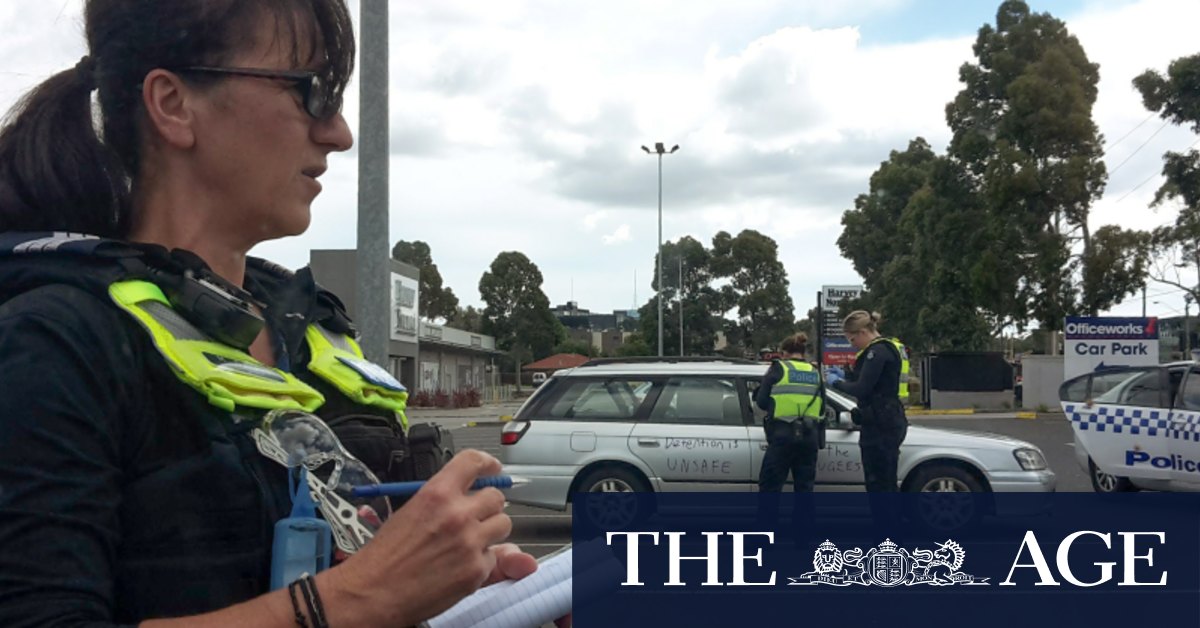 The data was provided to the state’s public accounts and estimates committee following a question to the Attorney-General from Greens spokesman for justice Tim Read.

Mr Read said on Tuesday that the government was chasing millions of dollars in fines from children who “have no realistic prospect of paying them”, and he called for them to be waived.

“Many of the children fined during the pandemic already come from disadvantaged backgrounds, and will really struggle as a result,” he said.

“Holding a serious criminal sanction over a child who may have forgotten to wear their mask to the supermarket also increases the risk of their ongoing engagement with the criminal justice system.

“And now more than ever our government needs to protect young people from entering the criminal justice system, not push them towards it.”

Some 19,000 fines were issued by Victoria Police last year during the pandemic.

Victoria Police was forced to reiterate its commitment to pursuing COVID-19 fines after it claimed a guidance note from the force’s legal services department, which advised police to hand out cautions for unpaid infringements rather than proceed with charges, was “poorly worded” and did not reflect its true position.

Legal rights service Youthlaw’s advocacy and human rights officer Tiffany Overall said the group was helping up to 40 young people fined for breaching COVID-19 restrictions. She described the fines as “excessive” for minors and much higher than maximum penalties normally imposed in the Children’s Court.

“The amounts, particularly the $1652 … were totally inconsistent with the current fines system for children,” she said.

“For children around 14, that’s about 10 times more than what the Children’s Court could impose, and even for 15 to 17-year-olds, it’s at least double the normal fines a court would impose.

“More concerning in this environment has been we feel these fines are really just compounding the stress and anxiety that everyone has been experiencing during the pandemic. It’s taking not just a toll on children and young people but their families as well.”

She said young people who sought legal help often felt they had inadvertently breached directions because they did not fully understand, there was a lack of information or they had legitimate difficulty complying, in some instances because of mental health issues or lacking a suitable housing situation.

She called for fines issued to children to be waived.

“Now it’s time to focus on what’s the best way to recover, and help these children and their families recover. That’s where we feel like we have to come up with a way of these fines being resolved and, honestly, a simple way would be to have them waived. But if not, fairly reviewed and overturned if it was not fair in the first instance.”

Taina Lefort, a solicitor from Flemington and Kensington Community Legal Centre, said one 15-year-old client was fined for breaching stay-at-home orders while going with his young girlfriend to Centrelink and to get her a pregnancy test. It was two days after restrictions were first enforced.

She said police alleged he had been loitering. The centre applied for a review but it was rejected.

“The interaction with police was very daunting for him and elevated his distress level dramatically. He is someone who has mental health issues, particularly depression and anxiety, and obviously this has significantly exacerbated his sense of being powerless and not being heard.

“We are also talking about people taking first steps in adulthood and the potential consequences of either having to pay a fine or going down the road of potential criminal conviction is extremely concerning.”

“Many young people under 18 have faced enormous challenges and disruptions in their lives due to COVID-19, including social isolation, job losses, disrupted education and more, so insisting they also pay $2.3 million in fines will just make things worse,” she said.

“Withdrawing these fines would take a huge weight off their shoulders, and the system. Many young people do not have capacity to pay these fines, and are at risk of unnecessarily clogging up the courts and being dragged into the justice system because of these harsh penalties.”

A Victoria Police spokesman said people under 18 can be fined for failing to comply with the Chief Health Officer’s directions, which is “in line with other enforcement efforts across Victoria Police, and is not unique to fines that relate to CHO breaches.

“It is Victoria Police policy that infringement notices, regardless of what they are for, are not issued to anyone under 14 years of age.”

He said anyone who had received an infringement notice could apply for a review and added: “It is worth noting that if a review has been lodged, it goes through a robust review process and takes into consideration the special circumstances outlined. An assumption cannot be made that an infringement will not be overturned simply because a person has not received their official advice yet.”

A state government spokeswoman said fines issued to under-18s are not registered with Fines Victoria and recipients can choose to have their matters determined in the Children’s Court, where a registrar may consider their personal and financial circumstances.

“Victoria Police officers have used a great deal of discretion during the pandemic and there are a number of options available to young people to manage or review fines issued,” she said.

“We know it’s been an incredibly difficult time – that’s why we’re providing Victorians, including young people, with more flexible options to deal with their fines.”