De Goey sidelined for up to a fortnight with abdominal injury 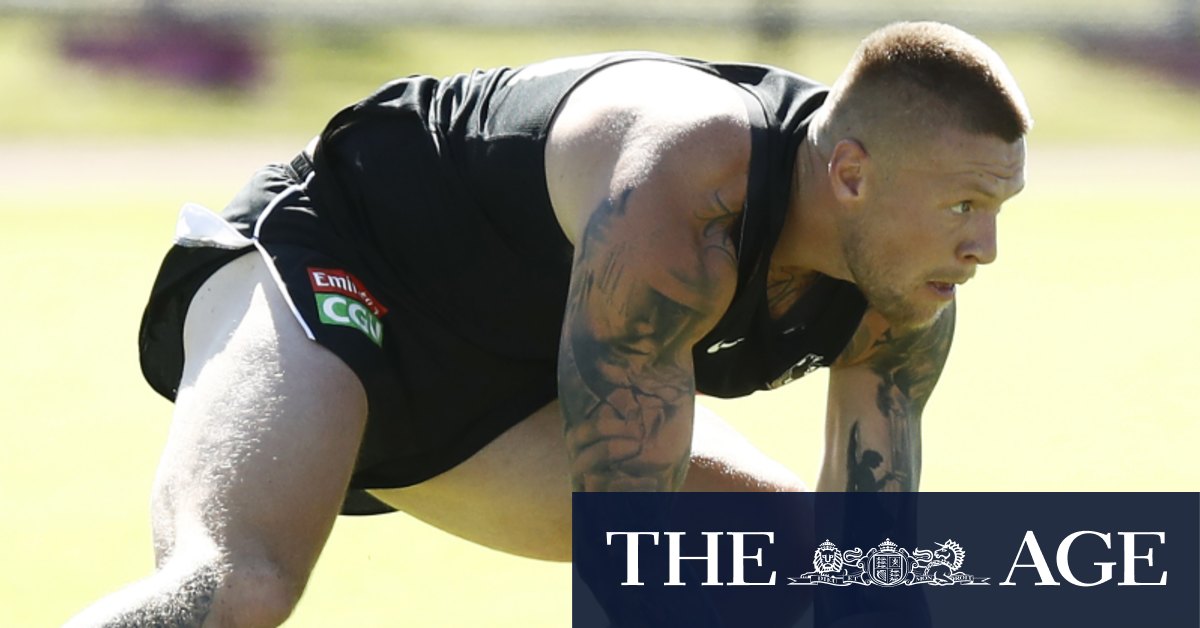 In 2019 De Goey suffered a hamstring injury in round 19 but returned for the first week of finals.

The dynamic player who as an explosive forward is a match-winner, has had a strong summer pre-season campaign as he looks to build his fitness to spend more time rotating through the midfield. He is one of Collingwood’s best clearance players from centre bounces and the club has looked to blend his time or improve his flexibility in striking a balance between playing on the ball and forward.

Out of contract at the end of last year he re-signed with the Magpies for a further two years on a deal worth about $750,000 a year.

De Goey was charged with indecent assault last year over an incident that allegedly happened after he, another man and a woman left a hotel in Kew in 2015, when the forward was 19 and in his first year with the Magpies.

His case returns to court this Thursday. He is not required to attend in person.