Breaking News
Home / AFL / ‘I got it wrong’: McGuire says he regrets comments on racism report

‘I got it wrong’: McGuire says he regrets comments on racism report

admin 3 weeks ago AFL Comments Off on ‘I got it wrong’: McGuire says he regrets comments on racism report 9 Views 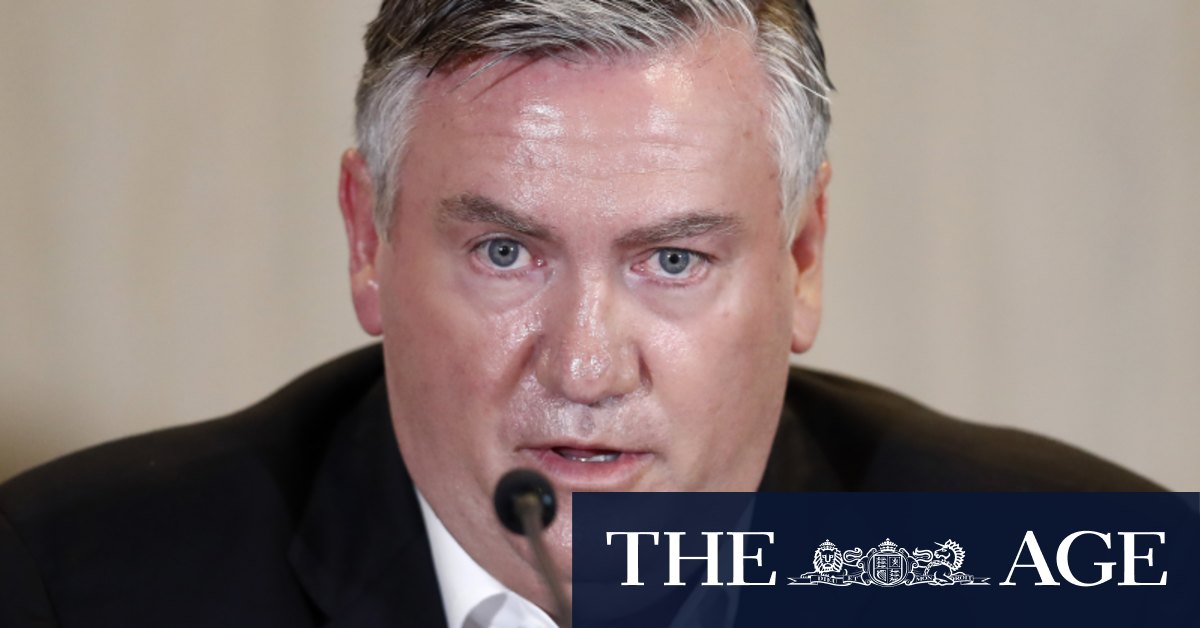 “Under the pressure of the day, the use of the word proud was wrong.

“I did not, I did not mean we were proud of past incidents of racism and the hurt that had caused.

“It’s been interpreted widely that way and I regret that deeply.”

The 35-page independent report found that Collingwood had an unhealthy culture of protecting individuals ahead of the club and was prompted by former player Heritier Lumumba’s claims of racism.

Lumumba refused to participate in the report, doubtful of Collingwood’s rigour in addressing the issues.

He has lodged a claim in the Supreme Court alleging an unsafe workplace at Collingwood but those papers are yet to be served on the named defendants, Collingwood and the AFL.

Lumumba condemned the Pies’ response in an interview with the ABC on Tuesday.

“What I saw yesterday was a club desperate in its damage control and it was completely tone deaf to where the world is at right now,” he said.

Insurance Australia Group, the parent company of one of the club’s jumper sponsors CGU, said it was troubled by the report.

CGU’s sponsorship ends at the end of this season. It informed Collingwood last year that it would renew the sponsorship after this year.

“We have discussed our concerns around racism with the Collingwood Football Club since last year and we’ve spoken with the club regarding our expectations and to gain an understanding of the actions that would be taken at the time, including the commissioning of this report,” an IAG spokesperson said.

“We are a significant supporter of reconciliation in Australia and as a business we are focused on promoting diversity, inclusion and belonging in all our communities.

“We’re deeply concerned and disappointed by the findings of the report and the club has assured us that recommendations will be implemented as quickly as possible.

“Our current partnership with Collingwood Football Club will come to an end at the end of the 2021 season.”

The Age has also tried to reach other key sponsors Emirates and Holden for comment.

McGuire said on Tuesday night, after reports of his initial statements were criticised, that the club was “humbled” and “galvanised” to dismantle any structures racism that remained.

“Collingwood seek to acknowledge its failings, to learn from them, to grow, to improve in all areas of the game, and to heal. We may not be able to undo conduct of the past but we can certainly make the future balanced and inclusive for all people,” McGuire said.

“I’m sorry that my error has acted as a distraction from the importance of the finding of racism and the work that lies ahead.

“[We are] apologetic, we are humbled, and we are also galvanised to dismantle any structures of systematic racism.”

Collingwood board member Jodie Sizer, said the “truth-telling” conversation had been a difficult but necessary process for the club.

“They acknowledge the challenges of racism within our community and we are aware that racism does exist within every community within Australia,” Ms Sizer said.

Another director, Peter Murphy, made clear the report was not about any specific allegation of racism at the club, but rather, a report on how Collingwood manages specific claims of racism internally.

“This was not an accusation of racism against any individuals. It actually identifies that our people are incredible that are amazing, that they are committed to getting better,” Mr Murphy said.

Victorian Premier Daniel Andrews rejected calls for McGuire to resign immediately. The Collingwood president is set to stand down at the end of the year after 23 years at the helm.

“I don’t think running away from challenges is leadership, whether it’s in a footy club or any other role,” Mr Andrews said.

“I think the articulation of the report yesterday was challenging and certainly there were some questions I asked Ed,” McLachlan said.

“His articulation I didn’t agree with, and I think yesterday was a sobering and confronting day and we had that conversation.

“Eddie McGuire commissioned the report into the culture at Collingwood in order to begin the journey to address racism at the club,” a spokesman for the media company said.

“We support him in taking this action and in addressing the issues that the club faces.

“We will support him as we can through his association at Nine and more broadly by taking a more leading role in socialising these issues across all of our businesses. We are committed to and support change.”