‘I thought I was going to die’: AOC talks Capitol attack, past sexual assault

admin 4 weeks ago World News Comments Off on ‘I thought I was going to die’: AOC talks Capitol attack, past sexual assault 10 Views 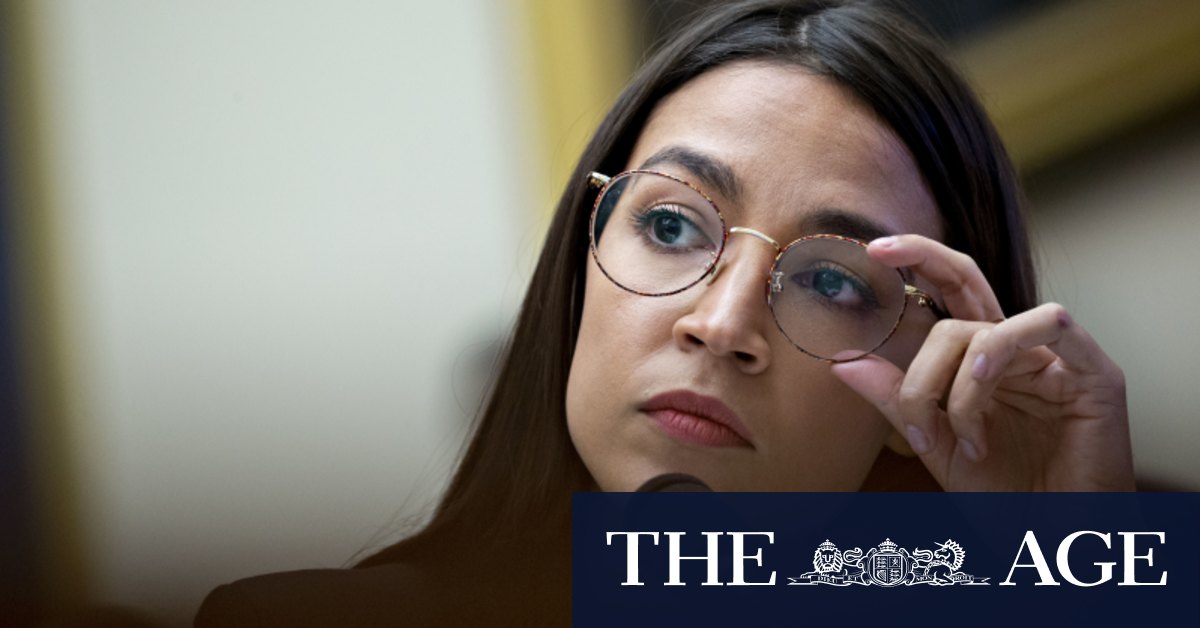 She described the experience as traumatic, saying that it “almost felt like a zombie movie or something”.

She said she saw a man wearing a black beanie through the door hinge and, as he continued to yell for her, “I thought I was going to die”.

“This is the moment where I thought, ‘Everything is over’,” she said.

At one point in the livestream, she appeared to wipe away tears.

Those who argue that it is time to move on from the events of that day, she said, were “using the same tactics of every other abuser who just tells you to move on.”

They were the tactics, she suggested, “of that man who touched you inappropriately at work, telling you to move on.”

“Are they going to believe you?” she said. “Or the adult who, you know, if they hurt you when you were a child and you grow up and you confront them about it, and they try to tell you that what happened never happened.”

“This,” Ocasio-Cortez added, referring to holding those responsible for what happened on January 6 accountable, is about “basic humanity”.

Ocasio-Cortez, whose district includes parts of the Bronx and Queens, has become one of the most prominent progressive leaders in the US since defeating then-representative Joseph Crowley in a stunning primary upset in 2018.

Ocasio-Cortez often draws intense and, sometimes vitriolic criticism from those on the right, and she has been a target of derision and attacks from some prominent Republican men in particular, including some of her congressional colleagues. She has not shied away from confrontation.

After Ted Yoho, a Republican congressman from Florida at the time, reportedly used sexist language and expletives to confront her, she received an outpouring of support, including from some Republicans, as she jabbed back on Twitter. Yoho later apologised on the House floor, though he disputed using some of the language that had been attributed to him.

Just last week, Republican Senator Ted Cruz, of Texas, suggested on Twitter that he was prepared to work across party lines with the congresswoman on the issue of the online brokerage app Robinhood’s imposing trading limits amid the GameStop frenzy.

Ocasio-Cortez’s response to Cruz, who had embraced former president Donald Trump’s baseless and false claims of election fraud, made clear that the violent rampage at the Capitol by supporters of Trump still felt raw.

“I am happy to work with Republicans on this issue where there’s common ground, but you almost had me murdered 3 weeks ago so you can sit this one out,” she replied to Cruz on Twitter. “Happy to work w/ almost any other GOP that aren’t trying to get me killed.”

Towards the end of her Instagram Live appearance, she lashed out at Cruz and Republican Senator Josh Hawley, who had baselessly challenged President Joe Biden’s victories in Arizona and Pennsylvania.

Previous Man opts not to appear in court following woman’s death
Next Criminal charges could be dropped depending on lockdown legal challenge, court told