Breaking News
Home / AFL / Carlton board and benefactors under attack

Carlton board and benefactors under attack 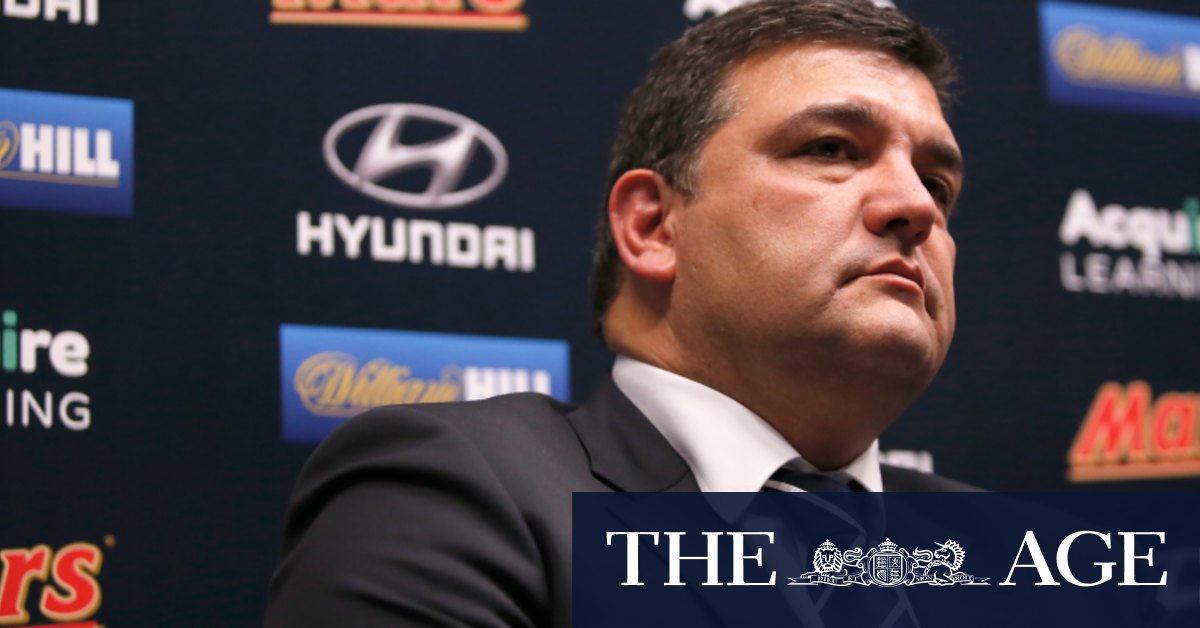 LoGiudice is due to step down from the presidency in 12 months, according to the club’s rules on term limits, unless the members endorse him continuing beyond that (12-year) limit via a vote. LoGiudice would not be drawn on his intentions beyond this year, except to say that the club’s board succession was “a thorough and managed process” with skills governing those who were nominated by the independent nominations committee.

LoGiudice said the club had the best playing list for years, had wiped out $7 million in debt since 2018, boasting record revenue, sponsorship and membership entering this year.

But the challenger Hollingsworth, whom the club’s nomination’s committee chose not to endorse in the interests of stability, said the club’s performance was “unacceptable”.

“These are facts highlighting an underperformance that is unacceptable for any AFL club,” he said.

“I’m standing against Craig Mathieson, Jeanne Pratt and Mark LoGiudice. They are the three longest serving directors and during their nine-year plus terms Carlton has had zero flags, zero top four finishes and only one finals appearance in their time together.”

This was a “stark contrast” to Richmond, Hawthorn and Geelong, he said.

The president, however, said the club’s strategic plan from 2019, which would see a flag by 2023, was on track with an aim of winning premierships. “Did we get every step of the way right? Maybe not. But we stuck to our plan and we are accountable to what we’ve done,” LoGiudice said.

“Our historical debt is now zero.”

LoGiudice said they had built a business through non-traditional revenues such as Carlton in business and Carlton College of Sport to “secure the football club”, investing in the men’s and women’s teams.

He said the Blues also had a $42 million development of IKON Park, with $35 million from governments.

“I would say that we’ve got a lot better list now than we had five, or six, or seven, or eight, or nine years ago. Has it been a long road? Yes, but we had a plan and, importantly, we told our members,” he said.

“We’ve got the right talent to make finals and this [is] both for AFL and AFLW.”

Asked about the hiring and firing allegation, he said: “I don’t say anything about that other [than] we’re here to build the football club, you need different people for different times and we’ve got a team now around us.”

On pokies reliance, he added: “We are now less reliant on our hospitality venues and as we continue to build the non-traditional revenue businesses, we’ll become less and less reliant on poker machines.”

Carlton members have been voting online since January 28, with voting closing on February 22.