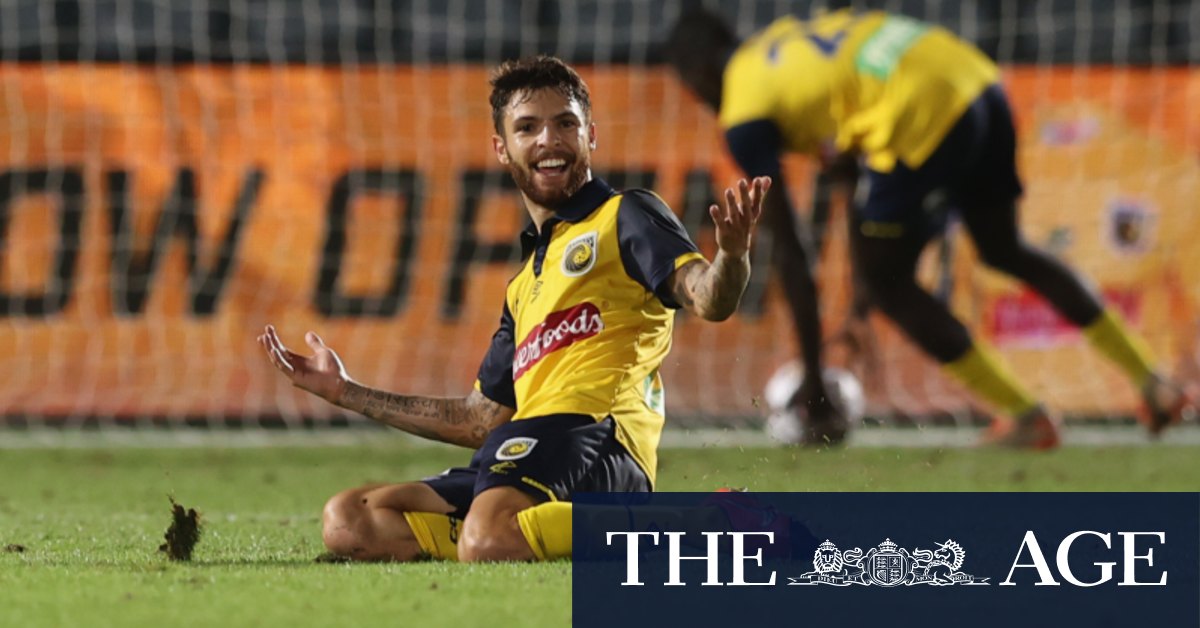 Matt Simon combined well with Daniel De Silva in the 17th minute, forcing City goalkeeper Tom Glover into a diving save after the Mariners high pressing had seen City turn the ball over.

Central Coast looked the most likely to break through, so it was a surprise when City hit the front in the 23rd minute although there could be no argument with the quality of the finish by Adrian Luna.

Craig Noone picked the ball up on the right as City broke and sent over a well-weighted cross, which the Uruguayan Luna finished cleverly with a well-placed flick to beat Mark Birighitti.

The goal sparked City, who had their best period and seven minutes later doubled their advantage.

Florin Berenguer was left unmarked by Gianni Stensness, drove forward and then slid a beautifully directed ball through to Jamie Maclaren. The Socceroos striker got to the ball before Birighitti and lofted a chip over the diving keeper to make it 2-0.

Glover’s reflexes preserved his team’s lead when he clawed away a Ruon Tongyk header in the 36th minute, but the Mariners got the reward their play deserved three minutes later with an excellent move, which cut City’s defence apart, Marco Urena finding Simon, who squared a pass for Jaden Cassella to finish from close range.

The Mariners levelled within 12 minutes of the restart thanks to some clumsy defending by City substitute Nathaniel Atkinson, who had replaced Scott Galloway before the interval.

Stefan Nigro lobbed a high cross from the right and Atkinson cannoned into Simon and brought him down, the milestone man slotting home from the penalty spot to make it 2-2.

Things got even worse for City shortly after when Stokes was shown his second yellow card and given his marching orders for bringing down young striker Alou Kuol.

What had looked like a promising evening early on finished in disaster 10 minutes from time when De Silva robbed Luna, played a one -two with Alou and then smashed home from distance.